Actress and singer Halle Bailey will star as the lead Ariel 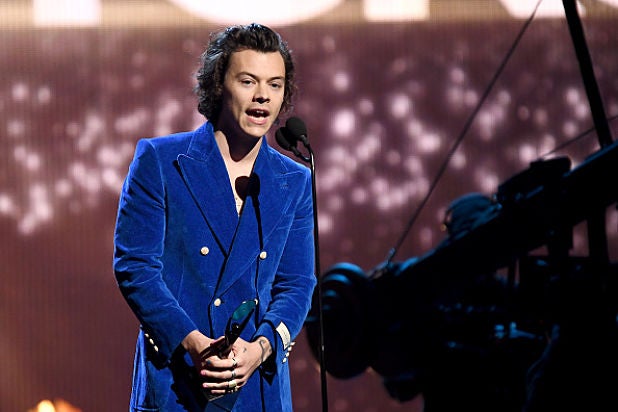 Disney has found its Prince Eric for its live-action remake of “The Little Mermaid.” Actor/singer Harry Styles is in early talks to star as the character in Rob Marshall’s film, an individual with knowledge of the project told The Wrap.

Styles would star opposite actress and singer Halle Bailey, who is playing Ariel. Best known as a member of the British boy band One Direction, Styles made his acting debut in Christopher Nolan’s “Dunkirk” and recently screen-tested for the role of Elvis Presley in Baz Luhrmann’s upcoming untitled biopic about the late singer. The part went to Austin Butler.

“The Little Mermaid” live-action remake will feature the 1989 animated classic’s original songs by Alan Menken and Howard Ashman, as well as new songs with music by Menken and lyrics by Miranda.

Production is anticipated to begin in early 2020. Additional announcements regarding “The Little Mermaid” are expected in the coming weeks.

The original “The Little Mermaid” follows Ariel, a teenaged mermaid who dreams of living on the surface world and marrying Prince Eric. Her fortunes change when a sea witch named Ursula offers to send Ariel to the human world in exchange for her beautiful voice. It won two Oscars for Disney for Best Original Score and Best Original Song for “Under the Sea.”

Styles is repped by CAA.