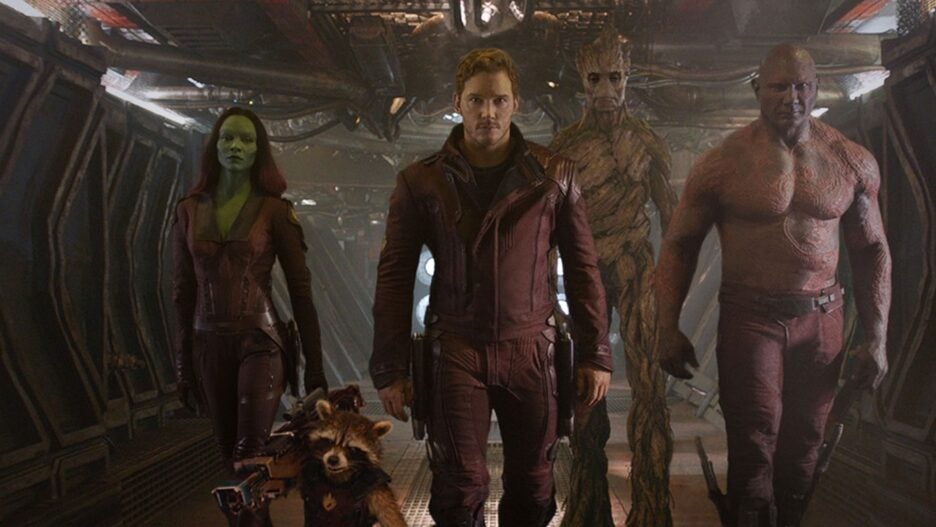 “Guardians of the Galaxy” director James Gunn has given some insight into his creative process, revealing that the soundtrack for “Vol. 3” is done well ahead of filming, which he confirmed will take place in late 2021.

As Marvel fans know, music played a central role in the previous “Guardians of the Galaxy” films; the orphaned Peter Quill/Star-Lord (Chris Pratt’s) only connection to Earth is a Walkman with mixtapes of ’70s and ’80s music that his late mother gave him. The tapes are labeled “Awesome Mix” and “Awesome Mix Vol. 2.” The songs, including The Runaways’ “Cherry Bomb” and Redbone’s “Come and Get Your Love,” serve as reflections of Quill’s mood or backdrops to fight sequences.

Gunn previously revealed in the home edition extras from “Guardians of the Galaxy Vol. 2.” that he has a lengthy list of songs he draws from.

“The truth is I have a list of about 500 songs that I think of as ‘Meredith Quill songs’ — songs she would really love,” the director explained. “I keep that on files on my computer, and as I’m writing the screenplay — actually as I’m writing the treatment before the screenplay — I’ll go through it and find songs that fit a moment or a place that needs a song, and I’ll search out a song that will fit the moment.”

And while Gunn didn’t reveal which tracks are on the “Vol. 3” soundtrack, it’s pretty safe to assume they will be “awesome.”

Pratt, Zoe Saldana, Dave Bautista, Pom Klementieff, Bradley Cooper, Vin Diesel and Karen Gillan are all reprising their roles for the third film, which will be released in 2023. Several of the cast were spotted in Sydney also filming “Thor: Love & Thunder” earlier this year. Both films are part of the Marvel Cinematic Universe’s Phase Four.

Meanwhile, Gunn remains one of the busiest men in Hollywood. He also has projects in the DC Extended Universe, including the feature film “The Suicide Squad,” out this summer, and an HBO spinoff series based on John Cena’s character Peacemaker debuting in January 2022.

Also on Thursday, Gunn shot down erroneous reports that a second season of “Peacemaker” was confirmed, tweeting, “Just because I have characters in mind for Season 2 doesn’t mean either HBOMax or John & I have committed to it yet.”

When pressed how many seasons of “Peacemaker” he’d want to do, Gunn wearily replied, “I just want to get through the next few months alive and then ask me that question.”