Prince Harry served in the British Army for 10 years, including two tours in Afghanistan. But since his decision to leave his duties in the Royal Family he holds no military titles anymore. Due to his status as a non-working royal, at Queen Elizabeth II’s funeral he will not be allowed to wear the same uniform as Prince Andrew, Prince William or Prince Edward.

Royal commentator Camilla Tominey and Nick Ferrari aired their disappointment on This Morning regarding King Charles and the Palace’s decision to make Prince Harry wear civilian clothing at the huge state event on Monday.

Camilla said: “He could have the permission of the Regimental Colonel of the Blues and Royals to wear his uniform and ultimately the King would have had to sign that off.

“I just think Prince Harry’s served twice in Afghanistan and it’s his grandmother’s funeral and she was so proud of his military service.

“My point is that Granny would have wanted him to wear his uniform.”

Read More: Laura Kuenssberg fortune: How much she makes at BBC 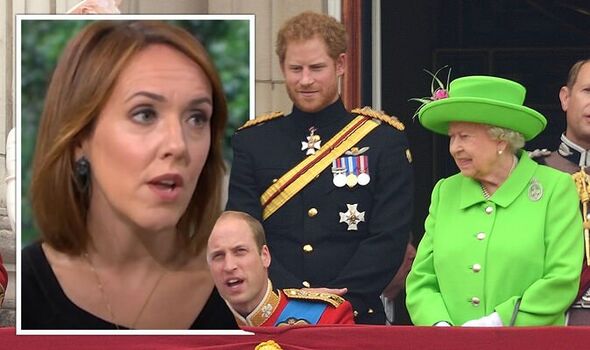 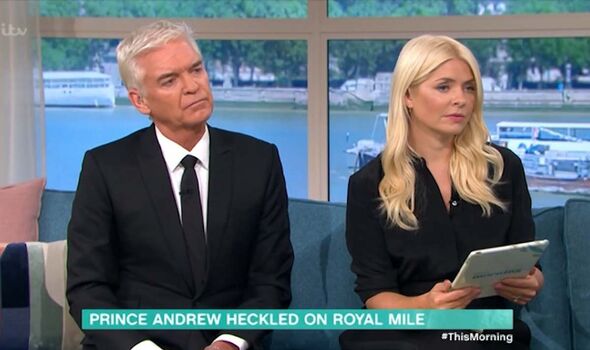 They both featured on a special edition of This Morning, where the life of Queen Elizabeth II was celebrated.

Camilla added: “I think it’s wrong that he’s lost his right to wear it. It’s about public opinion and working and non-working royals.”

“My steer yesterday is that they’re making the slightest exception for the Duke of York because he is still a vice-Admiral.”

“Harry has no military affiliations at all, he’s just an ex-servicemen. They feel that if they made an exception for Harry then the Duke of York would continue at every event he attends to wear a uniform.” 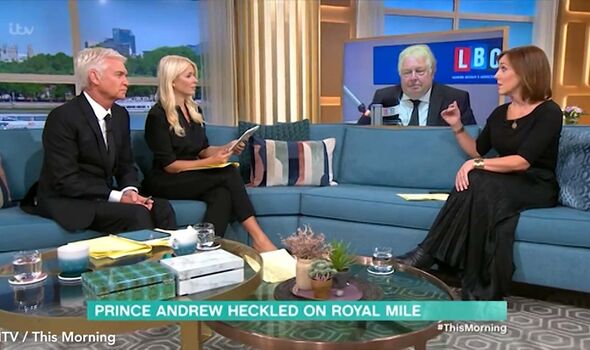 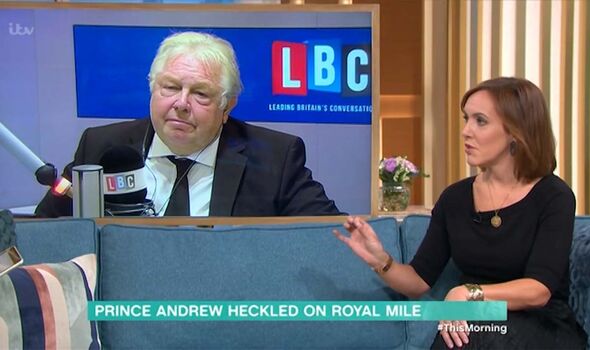 Nick added: “Would it really be that terrible to see the two of them, particularly Harry, in their uniforms?”

Camilla did however defend Prince Andrew, after he received some heckling during the Queen’s coffin being taken through the streets of Edinburgh.

The Duke of York had his military titles stripped after the backlash following his friendship with convicted paedophile Jeffrey Epstein.

A few people who joined the crowds, used the opportunity to voice their disapproval.

Camilla told Phillip Schofield and Holly Willoughby: “I think there is an issue of politeness here.

“We’ve all got our opinions about the Duke of York, but is it the time to start heckling him when he is following his mother’s coffin on foot?”

Prince Andrew has been part of the mourning ceremonies for Queen Elizabeth and stood alongside his siblings King Charles III, Prince Edward and Princess Anne as part of the historic Princes Vigil in Edinburgh.

The ceremony was the first to have a woman featured as part of the tradition.

He wrote: “In celebrating the life of my grandmother, Her Majesty The Queen – and in mourning her loss – we are all reminded of the guiding compass she was to so many in her commitment to service and duty.”

He continued: “Granny, while this final parting brings us great sadness, I am forever grateful for all of our first meetings.

“From my earliest childhood memories with you, to meeting you for the first time as my commander-in-chief, to the first moment you met my darling wife and hugged your beloved great-grandchildren.”

This Morning continues on weekdays from 10am on ITV.