THERE was chaos on Good Morning Britain this morning after US reporter Noel Phillips' segment was disrupted by GUNSHOTS.

The journalist was in Minnesota to report on the protests following Daunte Wright's death after a female police officer "accidentally" shot him – claiming that she thought she'd reached for her taser. 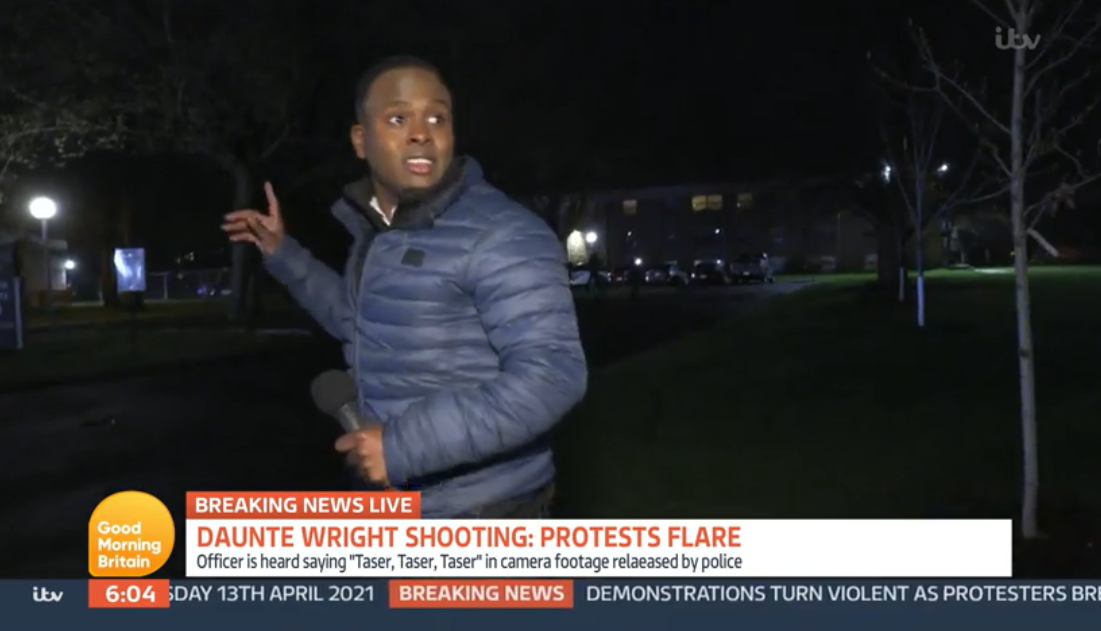 Noel told viewers: "Minnesota is in a state of emergency, despite a curfew ordering protestors off the street.

"You can sense an escalation amid a growing crisis."

He then added: "And as we were filming, this happened." 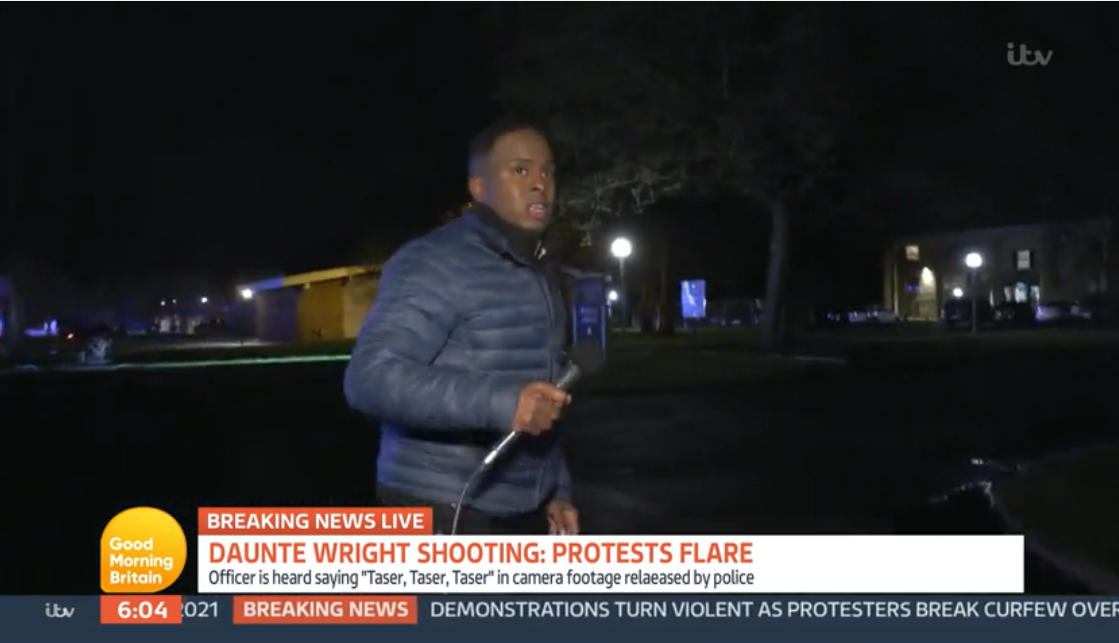 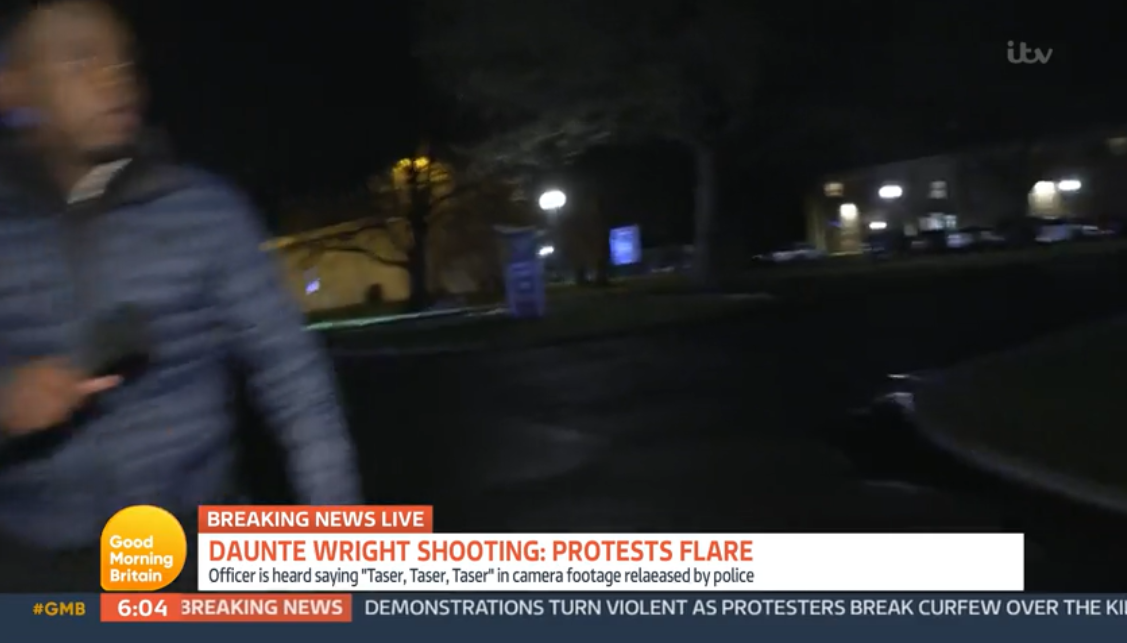 There was also shouting in an obviously scary altercation, with one man eventually yelling: "Get out now!" as Noel ran from shot.

He said: "We heard 20 to 30 gunshots fired from a group of men towards police."

Later in the programme, Noel revealed that he was wearing "body armour" during filming as he witnessed the escalating scenes first-hand.

Showing off boarded up shops and a smashed up bus shelter, Noel said: "We saw gunshots being fired, and as a precaution while doing this job we tend to wear body armour to protect ourselves." 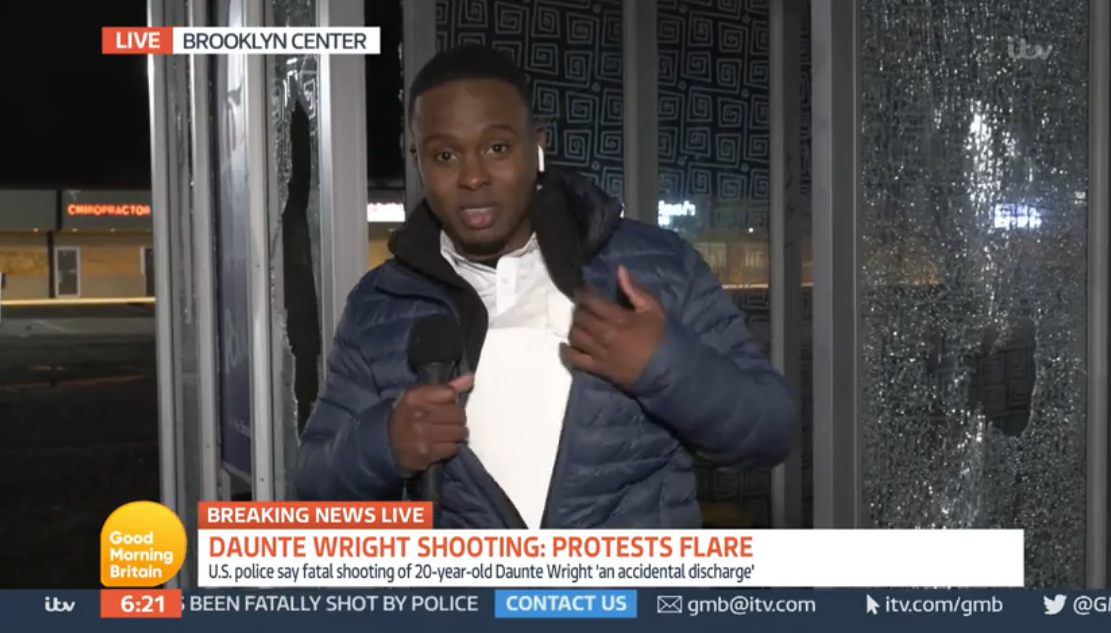 What happened in the Duante Wright shooting?

Duante Wright, 20, was 'accidentally' shot and killed by a Minnesota cop during a routine traffic stop.

The shooting happened ten miles from where George Floyd was killed last summer.

Officers had pulled over a vehicle for a traffic violation shortly before 2pm on April 11.

Police said when they tried to arrest the driver, who they determined had an outstanding warrant, he got back in his vehicle.

"One officer discharged their firearm, striking the driver," police said. "The vehicle traveled several blocks before striking into another vehicle."

Cops said the officer who fired the fatal shot intended to use a Taser, not a handgun.

The driver, identified as Daunte Wright, died at the scene while his girlfriend–who was in the vehicle–also sustained injuries that were not life-threatening during the crash, police said.

He then unzipped his coat and jacket to reveal a bulletproof vest.

Minnesota citizens have taken to the streets after 20-year-old Daunte was shot and killed in a traffic stop – just 11 months after George Floyd was also killed by police in the same area.

Noel explained: "This is a community still trying to heal from the killing of George Floyd, it's impossible for me to see at the moment how America can heal."

Police officer Derek Chauvin is currently on trial for Floyd's death on 25 May last year.