Find out who Max Bowden is apparently dating 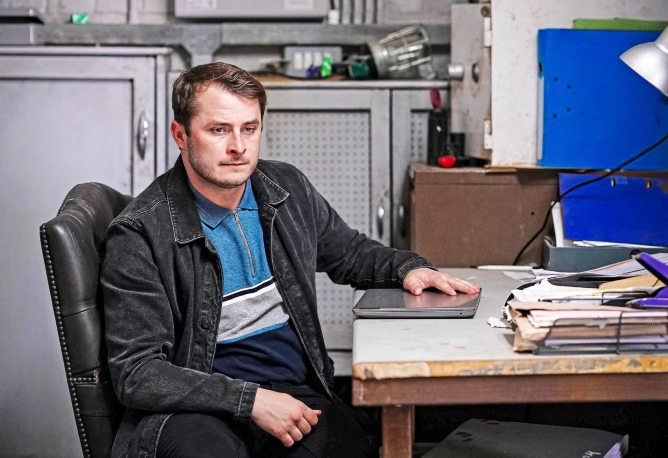 Ben Mitchell has been at the centre of a gripping EastEnders plot in recent months, and his former partner Callum Highway (Tony Clay) is finally set to learn the truth about his ordeal.

The character and son of Phil Mitchell (Steve McFadden) and Kathy Beale (Gillian Taylforth) shocked viewers when he was raped by Prince Albert bartender Lewis Butler  (Aidan O’Callaghan) back in May.

In Wednesday’s episode, Callum is set to learn about the event, with Ben reporting Lewis for the event following a tense showdown between the pair.

Ben has been portrayed by actor Max Bowden since 2019, who has been lauded for his phenomenal acting in this plot line.

But what other shows has Max appeared in – and is the 27-year-old dating anyone right now?

Here is everything you need to know.

What TV shows has Max Bowden appeared in?

Max’s career began in 2006 with him taking on the role of Naughty Neighbour in Demolition Dad.

Then, in 2014, Max took on the role of Justin Fitzgerald in the hit BBC drama Waterloo Road.

Justin entered the show when his mother left him and his brother following a nervous breakdown.

The pair went to live with their father and Waterloo Road headteacher Vaughan Fitzgerald (Neil Pearson), with Justin struggling to adjust to his new school and family dynamic.

Following this role, in 2016 Max made appearances in the likes of Doctors, Saved, and Casualty.

Then in 2019, he became the sixth person to take on the role of Ben Mitchell in the iconic soap series Eastenders.

As well as TV appearances, Max has also hit the stage with roles in the likes of Birdsong and The Haunting of Alice Bowles.

He won an Inside Soap Award for Best Bad Boy in 2019 and has also received nominations for the National Television Awards and the TV Choice Awards.

Is Max Bowden dating anyone?

The pair posed for a series of snaps at the House and Classics Festival in Essex, which Shona shared on her Instagram profile.

The snaps showed Max with his arm around her in one picture, while a selfie saw the duo pose for the camera, making kiss faces.

Shona posted these pics as well as a video with the caption: ‘Can’t wait for the next one xx @adhq_kammy_ @[email protected]’

Rumours began earlier this year that romance was brewing between the stars.

In pictures obtained by The Sun, the stars were seen holding hands outside a kebab van during a night out.

‘They have tried to keep their relationship a secret and they drive into the EastEnders set separately, but anybody who sees them together can see how they feel about each other.’

The couple’s characters on the soap were previously embroiled in a love triangle in 2019 when Ben pursued Shona’s character, Whitney Dean’s, fiancé Callum Highway.

The pair began an affair behind Whitney’s back, which was revealed the day before her and Callum’s wedding.

The following month, Buckle took to Instagram to announce the former couple are expecting their first child together.

It has been reported that the pair have remained friends and want to co-parent their son.

Rush Hour Crush – love (well, lust) is all around us

Tell us about your Rush Hour Crush by submitting them here, and you could see your message published on the site.