From “House of Gucci” to the engines of “Ferrari,” Adam Driver channels his Italian accent once again.

The Academy Award nominee stars as Enzo Ferrari, the real-life former race car driver whose tumultuous marriage to Laura Ferrari, played by Penelope Cruz, leads to him betting it all on one last race. Michael Mann directs the biopic “Ferrari,” using a script co-written by Troy Kennedy Martin (“The Italian Job”).

The official synopsis reads: “Ferrari” is set during the summer of 1957. Ex-race car driver, Ferrari, is in crisis. Bankruptcy stalks the company he and his wife, Laura, built from nothing 10 years earlier. Their tempestuous marriage struggles with the mourning for one son and the acknowledgement of another. He decides to counter his losses by rolling the dice on one race – 1,000 miles across Italy, the iconic Mille Miglia.

Proudly filming on location in Italy, Mann brings his passion for the extraordinarily vivid characters who created a fusion of art in motion and racing power that is Ferrari in an epic, cinematic experience set in the volatile and dangerous world of motor racing in the 1950s.

The film is based on the book “Enzo Ferrari – The Man and the Machine” by Brock Yates; writer-director-producer Mann previously directed a commercial for the Ferrari brand’s California sports cars in 2008.

Outside of “Ferrari,” Mann is also developing a sequel to “Heat” based on his novel. “It’s totally planned to be a movie. Is it a modest movie? No. Is it a very expensive series? No. It’s going to be one large movie,” Mann previously said.

Check out the first look at “Ferrari” below. 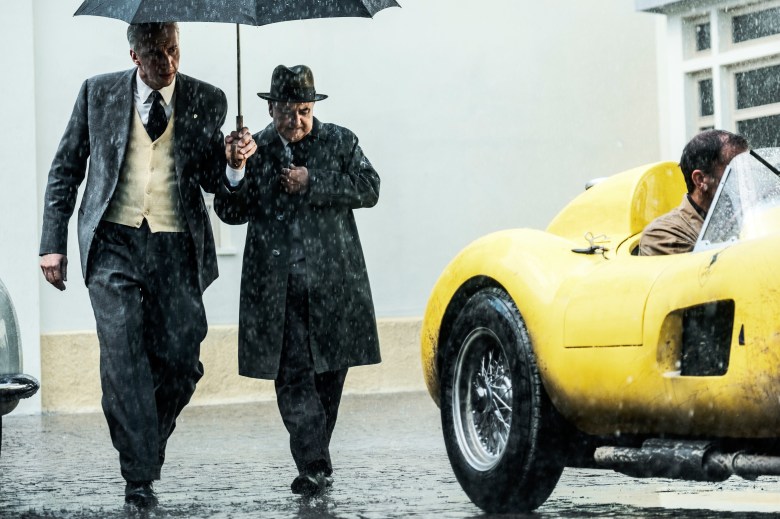