Everything We Know About ‘Pretty Little Liars: Original Sin’ Season 2

Reboot season has been in full effect, and the latest blessing from the sequel gods is HBO Max’s Pretty Little Liars: Original Sin. For those of you calculating this new reboot timeline, you’re not the only one—the original Pretty Little Liars aired on ABC Family (RIP, it’s now called Freeform) from 2010 to 2017. So, yeah, if you’re mathing correctly, you know that the original PLL wrapped just *five* years ago.

Original Sin was announced back in the dark times of 2020, and was met with a bit of saltiness from fans of the OG series. I mean, there were legitimately tweets like, “the bodies aren’t even cold yet.” Lol! In response to many tweets of this nature, Pretty Little Liars creator I. Marlene King tweeted, “The #OGPLL fans are the most passionate, loving and loyal in the universe. Thank you for all of your support. We are family forever. I love you.” Now, two years later, the new series is finally here. Well, almost.

Original Sin follows a group of teenage girls still reeling from a tragic event that occurred 20 years earlier. The girls are tormented by an anonymous villain marked “A,” who is exacting the sins of the girls *and* those of their parents two decades ago. Much like the original series, the parents will play a pivotal role in this mystery. But while both the new liars and the old are haunted and hunted by “A,” the new series has a different vibe and will lean more towards slasher-horror, and away from the OG’s mysterious thriller genre.

It’s also worth noting that Original Sin exists in the same universe as the original, but not the same town. Pretty Little Liars’ famous town of Rosewood, Pennsylvania has been replaced by the neighboring Millwood, Pennsylvania, a fictional, small, blue-collar town. The locale change makes sense, considering the original series left no stone unturned in Rosewood. If you made it through all seven seasons of Pretty Little Liars, then you likely know the names, favorite colors, and social security numbers of every single Rosewood resident. It’s time to move. 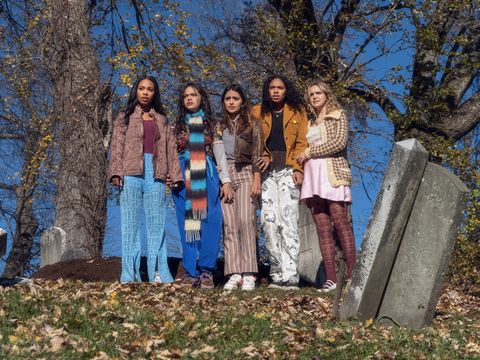 If Original Sin is anything like Pretty Little Liars, we won’t know who “A” is for a very, very, very long time. So, if you’re already on the hunt for a second, third, or maybe seventh season, here’s what we know about the future of the show.

Will there be a season 2 of Pretty Little Liars: Original Sin?

HBO Max has not yet confirmed a second season for Pretty Little Liars: Original Sin. That said, the press push around this show has been substantial, and who wants to leave A mystery unsolved and A cold case open? If we’re hedging our bets, you’ll see at least two seasons of Original Sin on HBO Max.