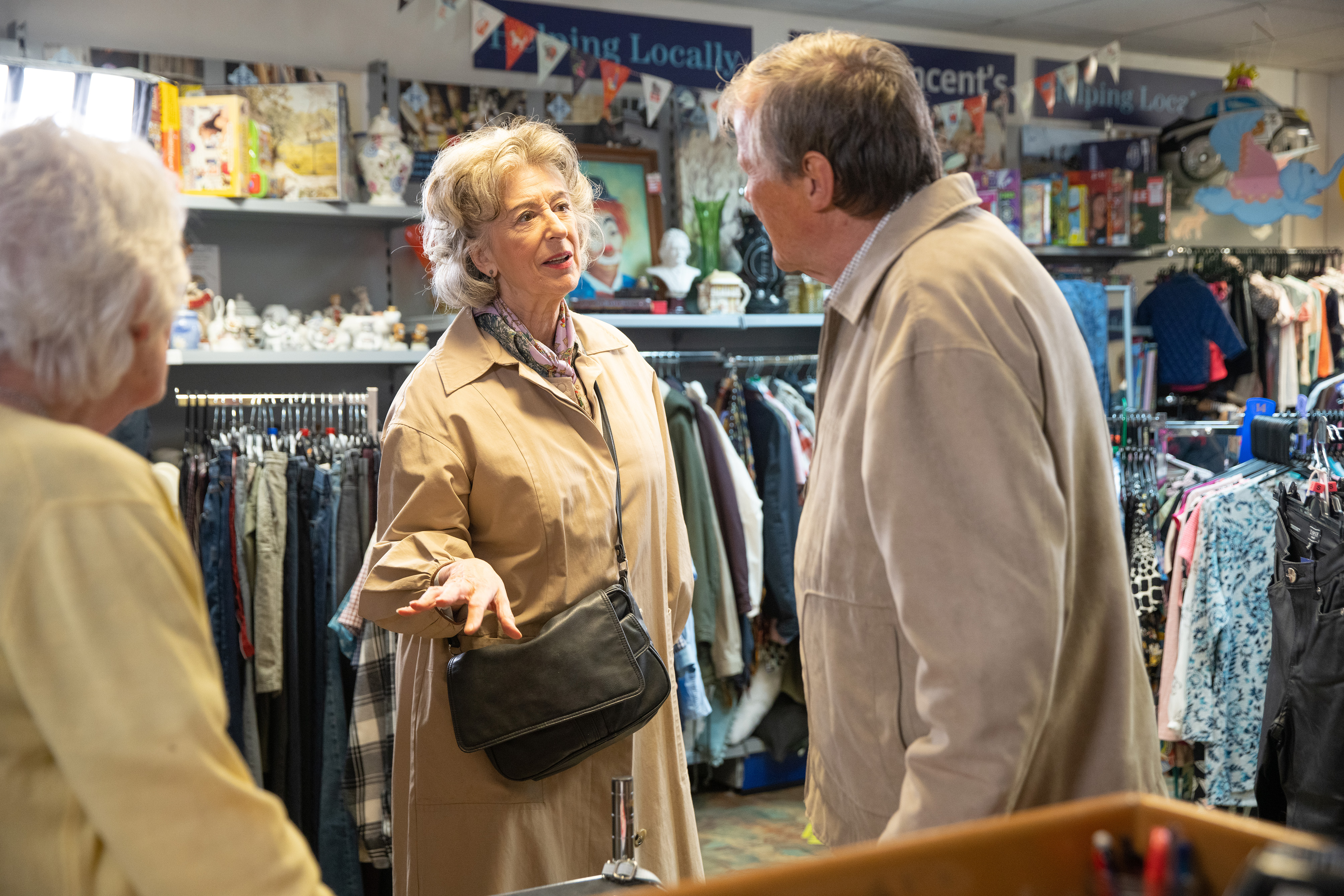 Evelyn Plummer (Maureen Lipman) is a classic Coronation Street character. Nosy, gossipy and feisty she’s never afraid to tell it like she sees it.

Her sharp wit and acid tongue mean that her one-liners are often hilarious, and she’s not afraid to get physically confrontational, either.

It wasn’t that long ago when she kicked Mimi Halliday (Margot Leicester)’s crutch from under her after becoming convinced Mimi was faking her hip injury. We definitely wouldn’t want to get on the wrong side of Evelyn.

But someone is about to do just that in upcoming Corrie episodes when Evelyn goes on a hunt for a precious item of clothing.

After Bernie (Jane Hazlegrove) finds a box of old clothes while cleaning Roy (David Neilson)’s flat for some extra cash, she takes them to a charity shop – failing to spot that among the items is a treasured possession of Roy’s – his late wife Hayley’s famous red anorak.

When Roy realises what’s happened he’s heartbroken, but when Evelyn gives him a model train for his birthday he recognises it as his own – and Evelyn realises the charity shop she bought it from must also have Hayley’s anorak.

Evelyn marches to the shop, determined to retrieve the beloved garment and she spots a woman called Joy wearing it.

Determined that Joy’s not going to get her hands on the precious item, Evelyn rips the coat from Joy’s back and leaves the shop.