Endeavour season 7: Will there be another series of Endeavour?

Endeavour season six on ITV has come to an end. The two-hour finale is available to watch now via the ITV Hub. Read on to find out more about the potential seventh series of Endeavour.

Will there be another series of Endeavour?

Yes, there will be another series of detective series Endeavour.

In February 2019, ITV confirmed that they had renewed the show for a seventh season.

ITV have not given an exact release date but have confirmed production will begin later this year and Endeavour season seven will air in 2020.

As the current season will wrap up tonight, it is hard to predict who will be returning for the new series and what will happen next.

Mammoth Screen’s Managing Director, Damien Timmer added: “We’ve been thrilled with the response to Series 6 – it’s testament to Russell Lewis’ continuing cleverness and also the brilliant partnership between Shaun Evans and Roger Allam as Endeavour Morse and Fred Thursday. The 1970s are calling us, and we can’t wait!”

Head of Drama at ITV, Polly Hill commented: “We’re incredibly proud of Endeavour and delighted to have recommissioned the drama for a seventh series. Writer and creator Russell Lewis continues to engage viewers with carefully crafted stories for Endeavour and Thursday as we move into the 1970s.

“We’re grateful to the production team at Mammoth Screen for continuing to deliver such a high quality drama.”

WHO IS IN THE CAST OF THE FINAL EPISODE? 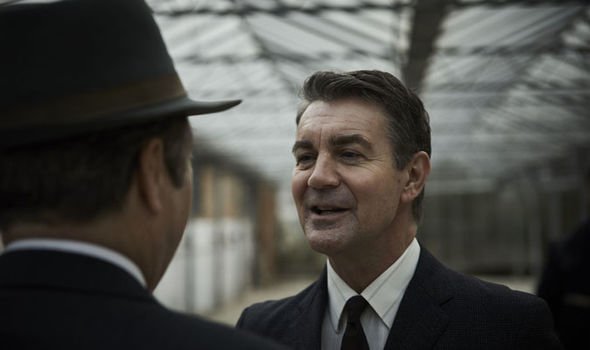 Luckily, it is highly likely the main cast will be returning for season seven of Endeavour.

This means Shaun Evans will be back as Detective Endeavour Morse, Roger Allam as Detective Fred Thursday and Anton Lesser as Reginald Bright.

Sean Rigby is also likely to be back as Detective Jim Strange and James Bradshaw as Dr Max Debyrn.

This article will be updated when more information available.

The previous six seasons have premiered between January and April, so the beginning of 2020 could be very likely.

There is likely to be four episodes in the seventh series of Endeavour, each an hour long.

HOW TO WATCH ENDEAVOUR ONLINE 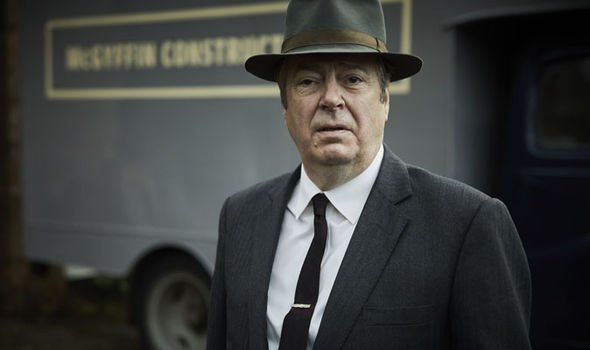 What will happen in the season 6 finale of Endeavour?

The final episode of Endeavour season six is called Degüello.

Degüello will see inspector Endeavour Morse (played by Shaun Evans) investigate the murder of a librarian at the Bodleian library in Oxford and two professors are the main suspects in the case.

Their investigations will lead them to uncover numerous rivalries within the college, with a disturbing link to the Holocaust.

To make matters worse, there has been a string of heroin-related deaths in the town and DS Jim Strange investigative work leads him to uncover a larger criminal conspiracy that could be related to the murder of George Fancy (Lewis Peek).

The official synopsis reads: “When librarian Obsert Page is gruesomely murdered at the Bodleian, Endeavour and Thursday have little to go on besides a set of muddy boot prints.

“With the two main suspects – professors Nicholson and Burrowes – have their own motives for killing the librarian, Endeavour digs deeper into their backgrounds, tracking a trail that appears to connect to seemingly innocent college bequest.

“Personal animosities and professional rivalries rise to the surface as it becomes clear that the truth relates to the horrific crimes of Nazi Germany, a thwarted love affair and a series of broken promises that led to a group of innocent people to the concentration camps.

“But they get Endeavour no closer to solving the murder at the Bodleian. Meanwhile, the spate of heroin-related deaths continues to grow, and Strange’s suspicions that the deaths are linked to a greater conspiracy of crimes grow.

“With the discovery of evidence at the crime scenes linking to the murder of George Fancy, Strange is convinced that the conspiracy goes much further than the criminal community.”

WHAT HAPPENED TO GEORGE? 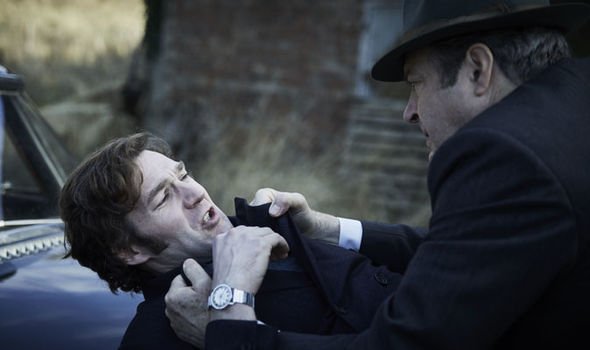 Fans will have to tune in tonight to find out how the season six finale will set up the next series of Endeavour.

To watch the finale of Endeavour season six, you can watch it as airs on ITV at 8pm or stream it live via the ITV Hub.

Don’t worry, if you happen to miss the final episode of Endeavour, it will be available to stream on the ITV Hub shortly after it has finished airing on TV.

The previous three episodes of season six are available to watch now on the ITV Hub.

Endeavour is streaming now on the ITV Hub