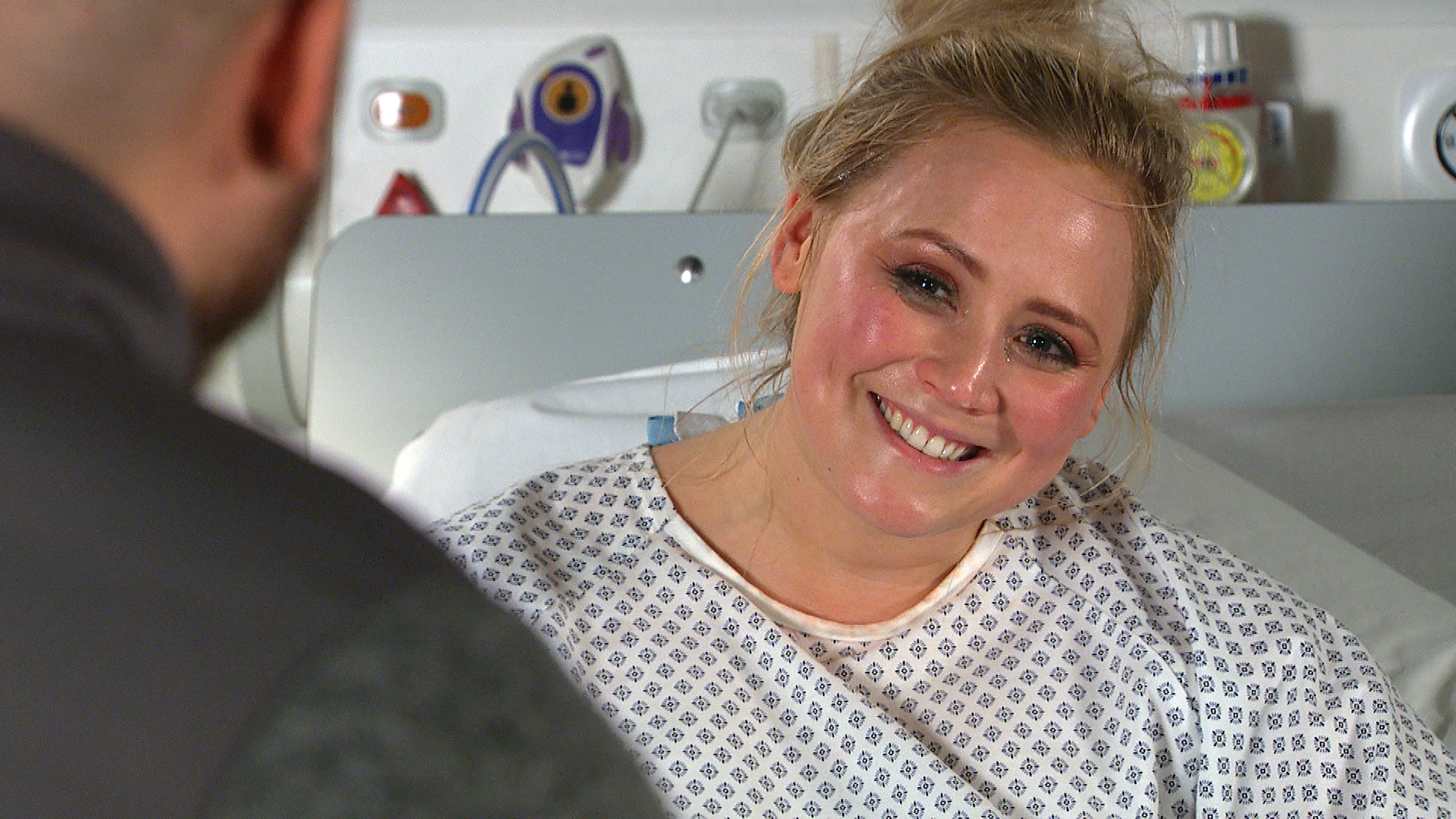 As Cain (Jeff Hordley) heads off to meet Moira (Natalie J Robb), they see Tracy doubled up in pain. As Tracy is in denial and convinced her pain is Braxton Hicks, her mind is changed when her waters break.

Cain takes Nate and Tracy to the hospital and Tracy is taken off to the labour ward.

Pretending to give birth can be a challenge for an actor, and as Amy Walsh recently revealed, the ever changing filming schedules due to Coronavirus meant filming the birth scenes were thrown on her out of the blue:

‘I thought I had the whole of Christmas to prep for it because that was when that block was meant to start filming, and then just before the week we broke up before Christmas, they said they were going to throw in those hospital scenes to that week’s filming just to get them in the can in case of any delay or Covid or snow situations in January.

‘At the time, I was like: “Oh no, I’ve only got a week to prep this”, but it was such a good thing to just be thrown into and not overthink and not have it weighing over me all over Christmas so it was brilliant, and I actually loved it. I just really love a challenge in this show of something that I’ve not experienced myself necessarily.’

Amy continued, adding how her friends and sisters having children served as a huge benefit when it comes to getting tips on giving birth:

‘There’s loads of stuff I’ve not experienced myself but there’s always stuff that I can kind of relate to. It just took a bit more prep and research which came very easily from basically every single friend I’ve got and both my sisters have children. I sent some messages out the night before, saying ‘Guys, I’m giving fake birth tomorrow, what do you suggest, any tips?’ And some came back like ‘Just imagine being hit by a bus, then beaten up by a professional boxer, then being rolled down a concrete hill and you’re about there.

But I loved it and I asked people I loved and I really had them in my brain throughout the day, I felt like I had to do justice to how horrific it was because I knew my friends would be like “Yeah, she thinks it’s that easy, good luck!” So I properly went for it and I really enjoyed it. God knows what it will look like, it definitely won’t be glamorous.’