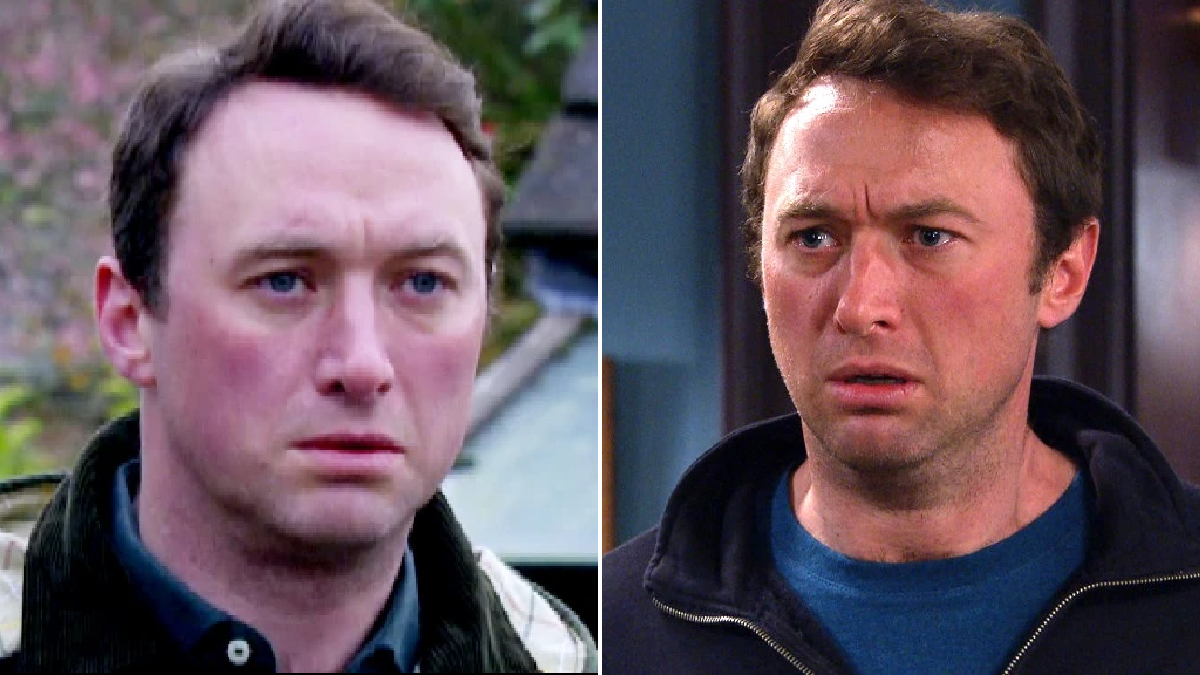 The initial aftermath of Liam Cavanagh (Jonny McPherson) discovering daughter Leanna had died in Emmerdale was truly heart-breaking to watch and told from a very lonely perspective.

Probably due to the strict Coronavirus restrictions, Liam’s storyline didn’t involve his friends and Leyla (Roxy Shahidi) scooping him up and holding him – Liam was incredibly isolated.

Pushing his loved ones away, Liam was furious at the world for taking his daughter from him in what he thought was a tragic accident.

After growing concerned for Meena (Paige Sandhu), Liam found her up at the barn where Vinny (Bradley Johnson) and Manpreet (Rebecca Sarker) were being held hostage.

Believing Liam had left, Meena returned to the barn and set about trying to murder Manpreet and Vinny, only to be attacked by Liam.

As Liam helped Manpreet and Vinny to safety, he was also told Meena had been killing people – including his daughter.

During Friday’s edition of the ITV soap, Liam was trying to deal with the recent news but, just like those months where he struggled to process Leanna’s death, his emotions overwhelmed him, the beloved doctor became angry and started pushing Leyla away once more.

As we pick up the drama tonight, the ordeal only gets worse for Liam as the grieving process begins again:

‘I think with any trauma in life, you have to create a logic and analysis for it for people involved’, Jonny McPherson told Metro.co.uk.

‘If you put together an analysis and then you suddenly discover it’s false, you have to unpick all of it and start again. Just having to go through the fresh narrative that makes sense and the fact Meena is the person she is, it’s going to require an awful lot of effort and time.’

Jonny continued, revealing the future is a painful one for Liam:

‘Liam has spent a good year or so trying to box up the fury, grief and anger and the existential feeling of “why carry on”. He’s managed to gather all that up, close the door, lock it and then once all of this transpires, it’s like a wardrobe that’s stuffed to full – everything has fallen out and completely submerged him again.’

‘This is going to make it even more difficult than it already has been. It’s going to set him back quite a few steps.’