Emmerdale spoilers: Will Chas Dingle end up in prison as she helps Robert Sugden escape?

Aaron (played by Danny Miller) and Chas (Lucy Pargeter) have warned Robert (Ryan Hawley) not to make any drastic decisions as he faces a long stint in prison in Emmerdale.

The mechanic is determined to have his husband in and out of prison as quick as possible so they can continue with their lives.

But Robert has ended up in a number of sticky situations as he fears he won’t be able to provide for Aaron or his sister Victoria (Isabel Hodgins), risking being locked up much sooner than expected.

Chas has tried to help her son and make Robert see his actions could land him in more trouble but could she have a change of heart at the last minute?

In tonight’s episode, Aaron’s sister Liv was seen begging Chas to step in and help the men work out their issues.

Chas was reluctant as she doesn’t want to interfere but seeing how worried Liv is about losing Robert, could she be about to make a rather outrageous suggestion?

She’s already warned Robert from trying to make a run for it but as Aaron struggles with losing his husband, she could help him break free at the last minute.

Fans of the ITV soap already know Robert’s brother Andy (Kelvin Fletcher) is on the run after he was wrongly accused of shooting Lawrence White.

Could Chas set it up so Robert can join his brother on the run while she looks after Aaron in the village?

Unfortunately, it’s unlikely Chas would get away with her plan and could face prison herself if she helps Robert escape. 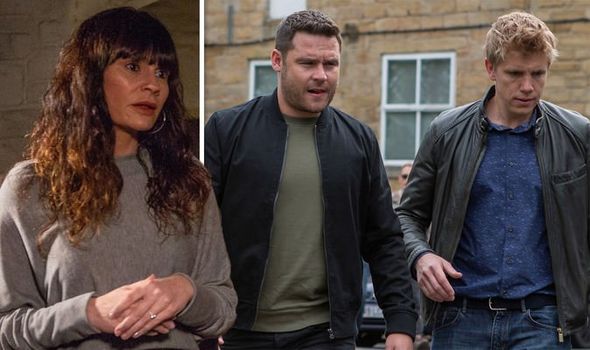 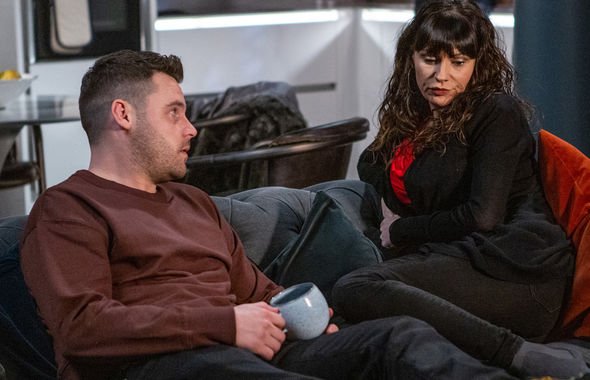 Elsewhere in the village, it seems Tracy Metcalfe (Amy Walsh) is giving up on her plan to find out who is responsible for father Frank Clayton’s (Michael Praed) death.

After Frank perished in the Sharma sweet factory, Tracy has been determined to prove his innocence as many believe he caused the blaze.

Tonight’s instalment saw her corner Dawn Taylor (Olivia Bromley) suggesting she was trying to steal money from the factory.

Dawn protested her innocence in the cafe and warned Tracy not to become consumed by her need to find out who caused the fire.

At first it seemed as those Tracy was listening but after hearing Dawn chat to her father Will about keeping his romance with Harriet a secret, she got the wrong idea. 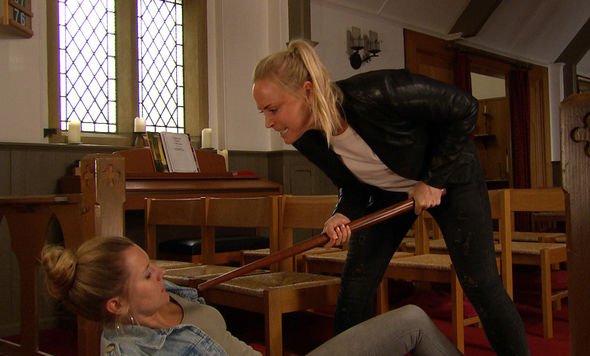 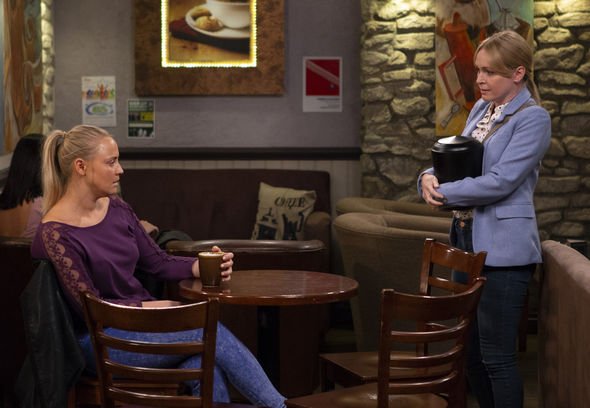 Tracy attacked Dawn in the church warning her not to lie again as she’d overheard her conversation outside the pub.

As she risked being hurt by Tracy, Dawn spilled all about Will and Harriet’s relationship.

Breaking down in tears, Tracy apologised as he sister Vanessa Woodfield rushed to the church to take her home.

With Tracy still struggling to come to terms with Frank’s death and no more leads about the blaze, will she give up?