Harriet Finch (played by Katherine Dow Blyton) has been sneaking around the vestry with DI Mark Malone (Mark Womack) for the past couple of weeks, but their affair is about to be exposed. Could this force Harriet out of Emmerdale once and for all after Laurel Thomas (Charlotte Bellamy) makes a slip-up?

Since arriving in the village earlier this spring, Malone has caused nothing but trouble for several Emmerdale residents.

Initially, Harriet warned Malone to stay away from her and Will Taylor (Dean Andrews), but it was obvious from their first conversation that sparks were flying between the pair.

Viewers of the popular ITV soap learned how Malone and Harriet had a past after all the vicar was a police officer initially which is how she met Will.

But it had been suggested she and Malone crossed paths in the police station one too many times, with them previously dating. 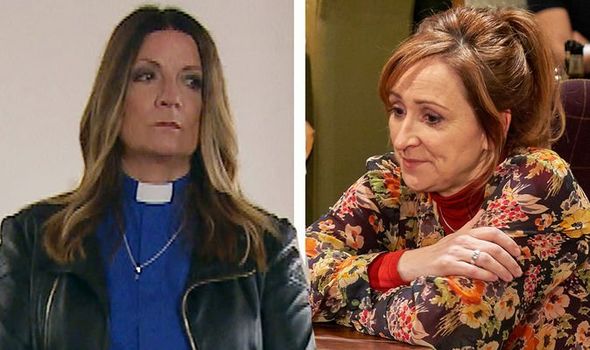 Despite being engaged to Will, Harriet has continued to see Malone, sneaking in overnight stays at local hotels and the odd rendezvous in the church.

However, there is a chance her behaviour is going to catch up with her.

In upcoming scenes, Harriet will bump into Laurel in the cafe and express her concerns over getting married to Will.

Just before Will got down on one knee, Harriet banished him from her life, fed up with his constant lying and involvement in dodgy deals. 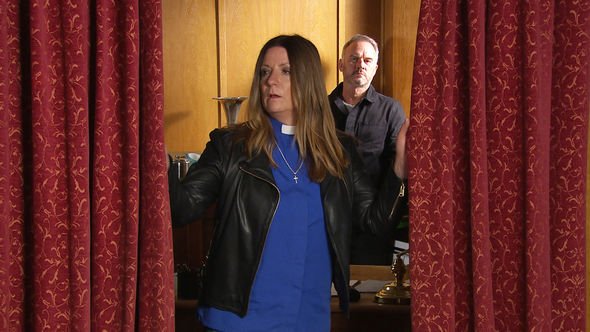 But Harriet’s harsh words did not deter Will from fighting for their relationship and he thought putting a ring on her finger would make everything better.

While she said yes to his proposal it will soon become apparent she is having second thoughts.

With Will none the wiser, he goes ahead with making the initial plans for their big day.

Viewers will tune in to see Will and his daughter Dawn Taylor (Olivia Bromely) meet with the Bishop at the Woolpack to discuss details for the church service. 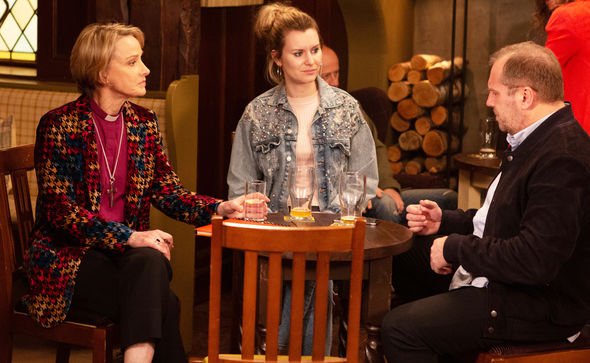 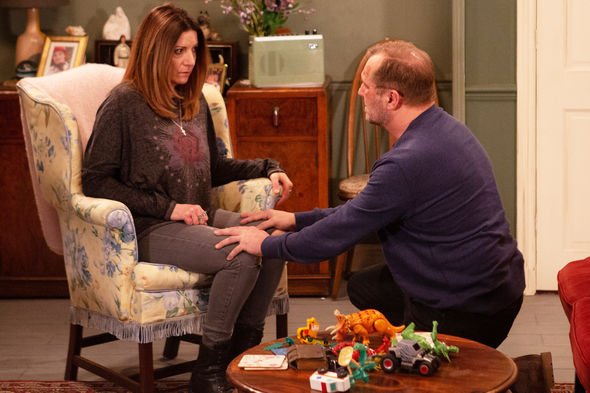 After waiting for several minutes for Harriet to turn up, Will is left making excuses for his partner.

That is until Laurel enters the pub and is hounded with questions over Harriet’s whereabouts.

Caught off guard, there is every chance Laurel will accidentally give away the vicar’s location.

After apologising to the Bishop, Will and Dawn could leave the Woolpack in search of Harriet and find her in a very compromising position with Malone.

Should the Bishop get wind of this, there is no doubt Harriet will be forced to reconsider her role in the community, and could even be forced to leave the Dales entirely.

After all, it wasn’t too long ago when Harriet faced relocation after the church’s roof needed emergency repairs the parish was unable to pay for.

And with a decline in Sunday church-goers, it seems the Bishop is looking for any excuse to shut down the building.

Could Harriet falling off the path of God and frolicking with a corrupt cop be a good enough reason?

Emmerdale airs Monday and Wednesdays at 7pm on ITV.