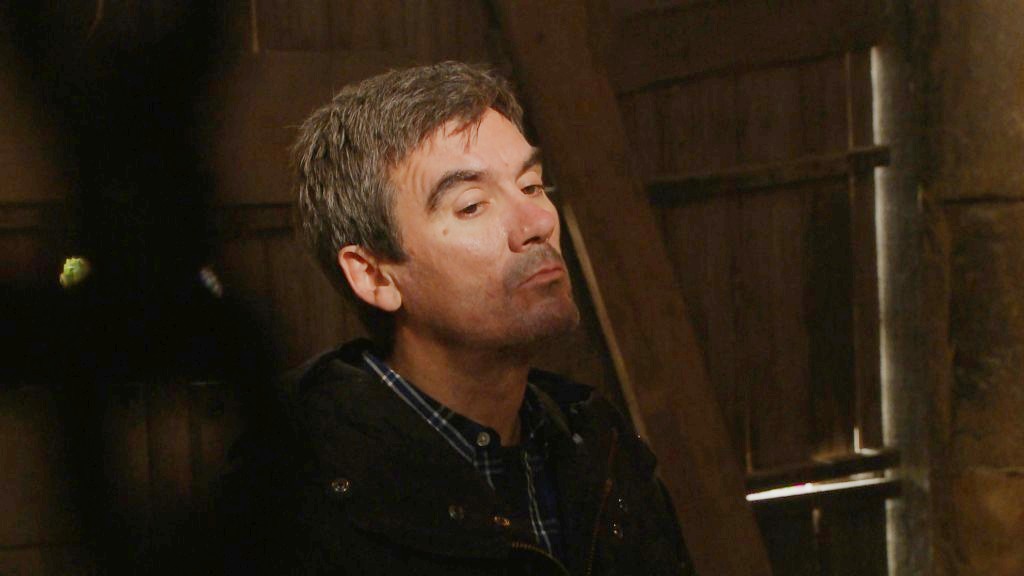 If there’s one thing Cain Dingle (Jeff Hordley) is getting good at, it’s kidnapping enemies and then tying them up in barns to put the fear of God into them.

The Emmerdale thug is enraged to discover Al has been sniffing around Chas (Lucy Pargeter) – and he decides to take drastic action.

Al approaches Chas and seductively tells her how much he wants her. It looks like they’re close to a kiss but Marlon interrupts before anything happens.

Marlon’s keenly aware he’s just walked in on a passionate moment and demands answers, but Chas is adamant nothing’s going on between them.

Marlon later approaches Al and threatens him, should he ever come between Chas and Paddy. Cain observes the altercation from a distance. Marlon briefs curious Cain on the situation and Cain is vengeful, determined to stop Al from getting any further with Chas.

The next day, an unseen Cain jumps Al and drags him towards a nearby van. Back at the Woolpack, Al’s sudden disappearance causes Marlon to crack and tell Chas about Cain’s plan for revenge on Al.

After Chas shoots off to put a stop to whatever Cain is up to, Paddy starts asking around about his wife’s whereabouts.

Marlon tries to dodge a bullet by being wilfully vague, which leaves Paddy confused and suspicious. After Cain transports Al to a nearby barn, he starts to intimidate him and pretends to hold a gun to his chest.

Cain hints at the intensity of what he’s got in store for Al and his anxiety starts to rise. Will Chas manage to stop Cain before he goes too far?