Tracy has been battling with her mental health in a devastating post natal depression storyline. 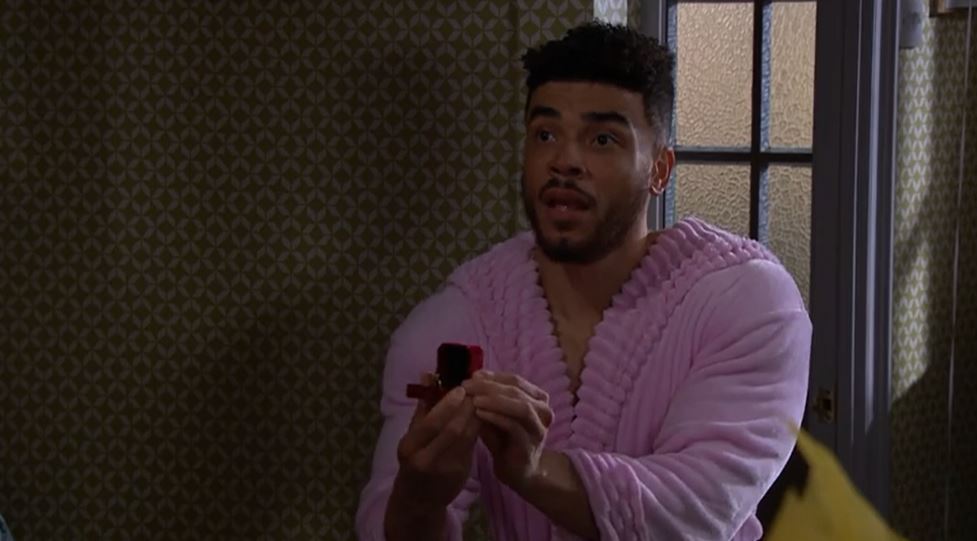 But, Tracy got a glimmer of happiness in Thursday's episode as Nate surprised her with a proposal.

As Nate knelt down in a room full of 'Welcome Home' decorations, Tracy asked: “What are you doing?”

A lego brick stabbed him in his knee and he jumped up saying: “Don’t walk around in bare feet.”

Shocked at what was about to happen, Tracy asked again: “Nate, seriously, what are you doing?”

Nate replied: “Something I should have done ages ago, Trace. Look I’ve missed you, and I love you. Will you marry me?”

However, fans were distracted by Nate's lack of clothing as he proposed in a fluffy pink robe.

One said: "Hmmm Nate in a robe though."

A second wrote: "Nate looking fetching in pink – has he got the fluffy slippers to go with that outfit?"

Another penned: "Yay, Tracy has said yes to Nate! He looks nice in her pink dressing gown!"

Some fans noticed that they have seen the same scene somewhere before.

Mick Carter from EastEnders also opted for a pink fluffy robe when he married Linda.

One fan noticed: “Nate copying Mick of Eastenders with is missus pink house coat on. It's been done before.” 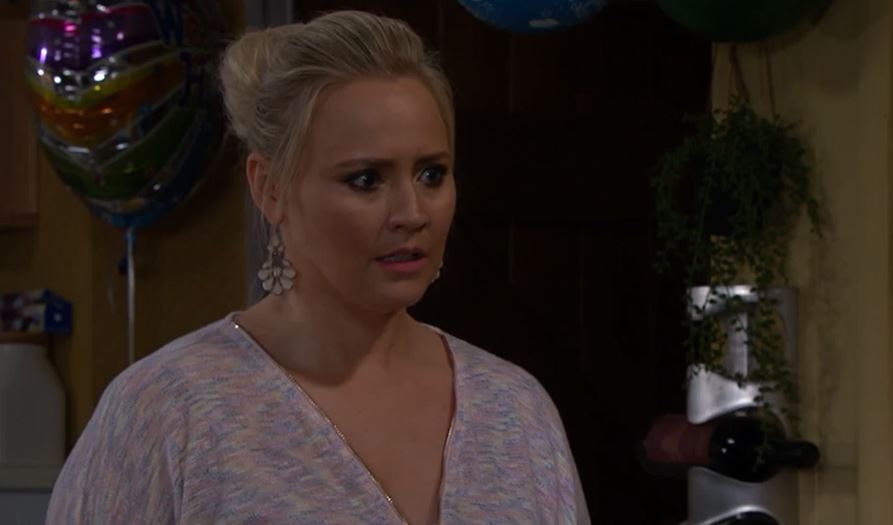