EASTENDERS viewers were left 'distressed' after Keegan Butcher-Baker was beaten up by Right Wing thugs in upsetting scenes.

In tonight's episode of the BBC one soap, Keegan (played by Zack Morris) gets beat up by newcomer Aaron Monroe's (Charlie Wernham) far-right pals. 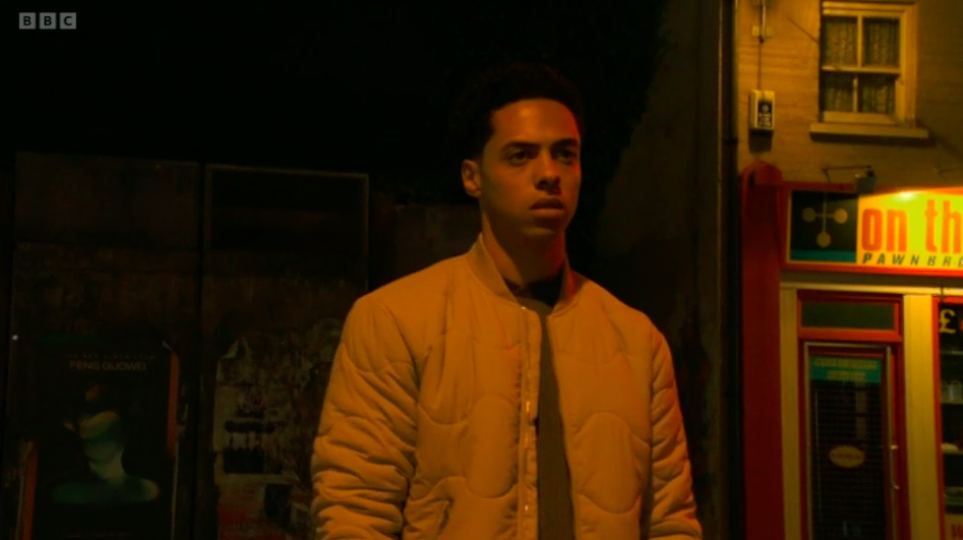 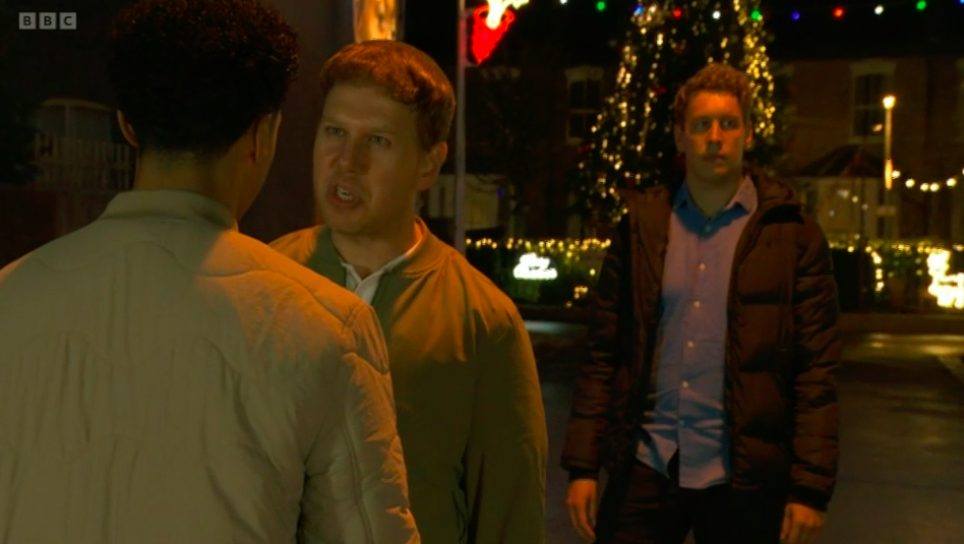 Aaron, who is rumoured to be behind a terrorist attack at Christmas, got the hump after the local school cancelled the Christmas nativity so the children could focus on their education instead.

The headteacher's argument is that the kids have a lot to catch up on after the coronavirus pandemic.

However, far-right Aaron believes it is a conspiracy to stomp out Christmas in the UK.

In the cafe, Aaron sits with Tiffany as he loudly and wrongly blames Muslims living in Albert Square.

Keegan is nearby and steps in to correct Aaron on his far-right ways, but it goes over Tiffany's head and she sides with Aaron.

Later Tiffany shares a far-right petition to save the naivety which riles up most of the town who are gathered in the Queen Vic.

Also in the pub with Tiffany is Aaron and a large group of his large, cocky, rude and obnoxious friends.

The petition is bought up and following a verbal altercation, Keegan leaves the pub after one of Aaron's friends threw a drink at Keegan's feet.

Keegan remains calm and walks home but he is followed by the group, with Aaron hiding in the shadows.

They beat him with a baseball bat but Keegan gives it all to fight back first, throwing the first punch after they began walking towards him with bats.

Keegan was knocked to the floor after a few beats and fans of the show were left heartbroken for him.

Another said: "Couldn't watch the end of #EastEnders from the second I saw Keegan on his own, I knew what was coming had to leave the room!"

A third chimed in: "This storyline is so important. Poor Keegan." 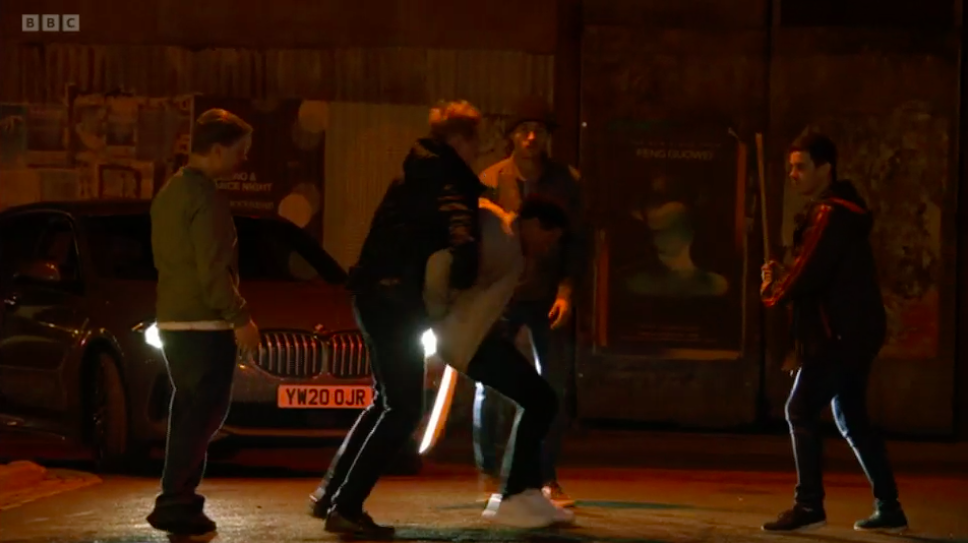