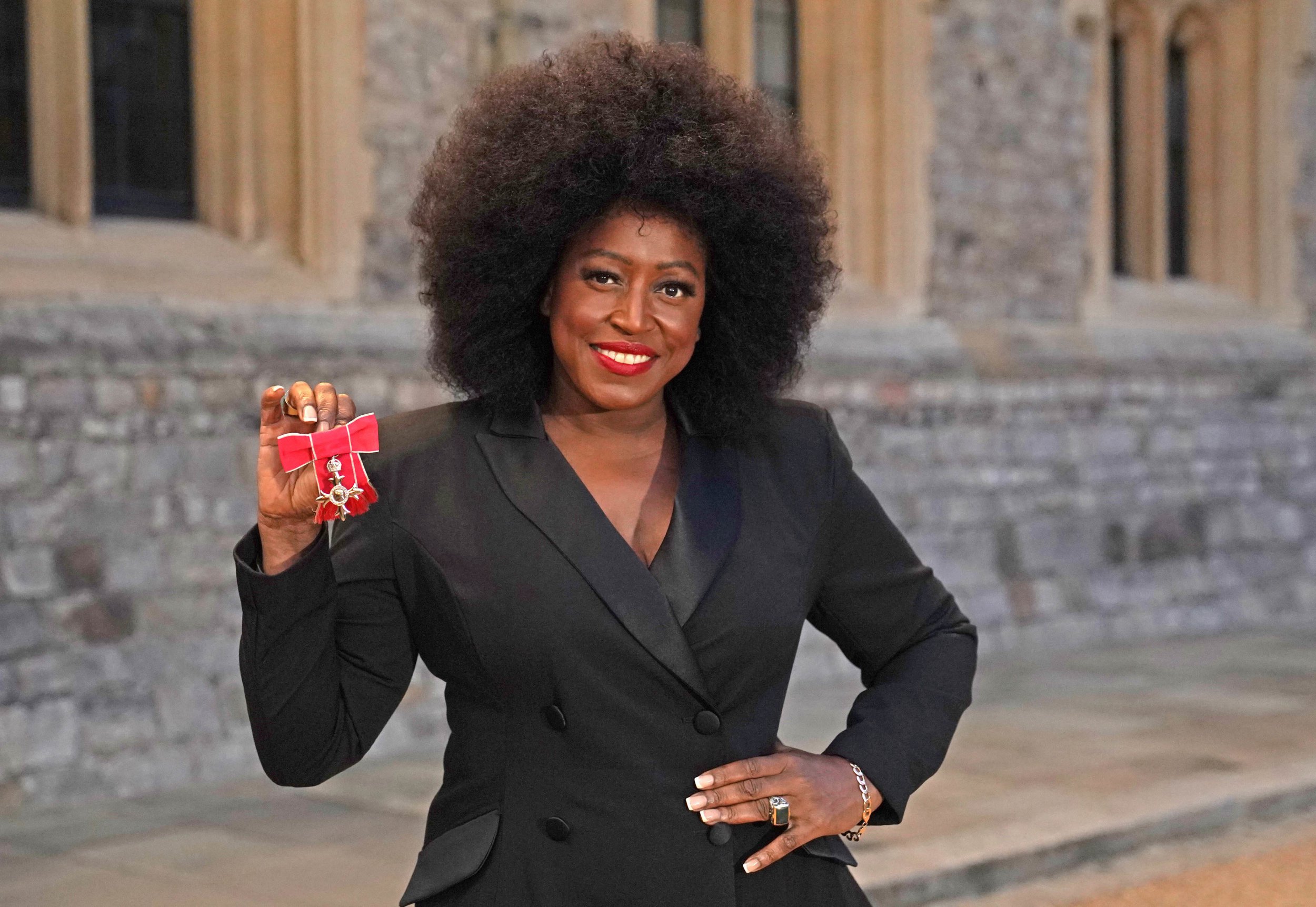 Actress and artist Mica credited her grandmother for helping to launch her three-decade career and has become a Member of the Order of the British Empire for services to music, entertainment and charity.

Mica collected the MBE at a ceremony hosted by the Princess Royal on Wednesday (November 17).

Mica’s latest album is set to be released soon and teased it includes a ‘duet with Jimmy Ruffin – even though he’s dead’.

‘He sounded like he was in the studio, it was really eerie’, she told PA News Agency.

Speaking to PA about her award and her music career, Mica also hinted she may return to the BBC One soap in the future:

‘I was in it last year as this terrible woman, Ellie Dixon – oh she was evil –  but she’s in jail at the moment, so you never know.

‘Jumping from music to that was massive, and thank God people liked it!’

Phil managed to trick Ellie into thinking he had planted drugs in one of her properties, and would have them removed if she legally gave Raymond back to Denise (Diane Parish).