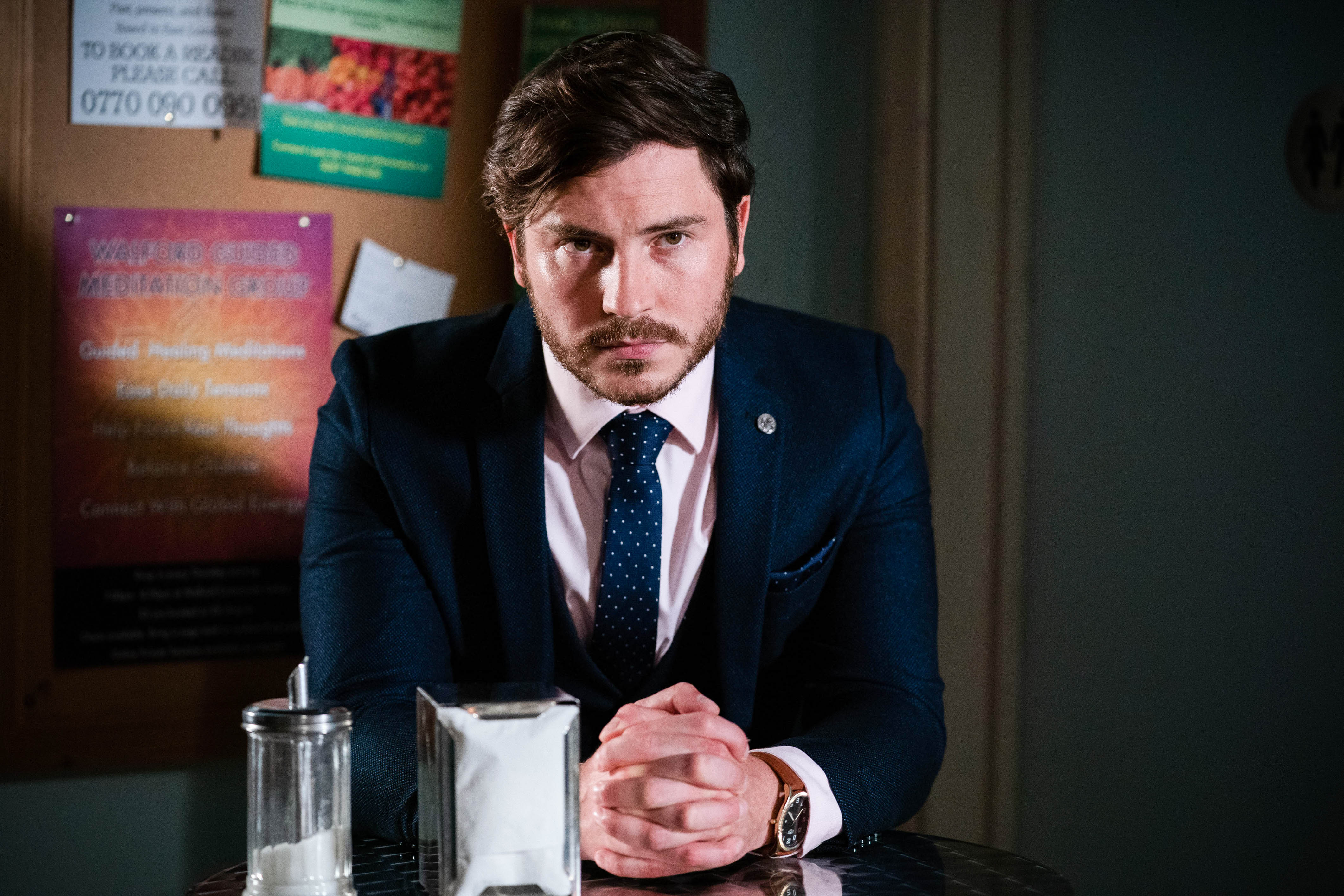 It’s no secret that time is running out for domestic abuser and murderer Gray Atkins (Toby Alexander-Smith) in EastEnders – and not a moment too soon.

When Chelsea Fox (Zaraah Abrahams) and Whitney Dean (Shona McGarty) form a friendship, this could be the trigger for what exposes Gray’s true colours and leads to his downfall.

Both of the women have spent time romantically with him and he has tried with both to control them, showing small signs of his true nature.

Could Whitney and Chelsea be the ones who work out the truth and bring justice for Chantelle, Tina and Kush?

With Chelsea potentially pregnant with Gray’s baby, it’s Whitney she confides in. Gray’s reaction will be telling as to whether alarm bells ring.

It doesn’t take much for him to snap and expose his true colours – perhaps the new friendship will be key to taking down Gray at last.

BBC Drama boss Kate Oates said recently: ‘Gray’s story was always intended to be a longer arc after the death of Chantelle but even though some of his actions have been extreme, they have always been grounded in the roots of Gray’s character.

‘He’s a classic narcissist: everything he does is designed to fit a narrative that absolves him from guilt, and paints him out to be a good guy.

Producer Jon Sen added: ‘We’re building to the kind of culmination of the Gray storyline..

‘It has been a very long story arc and it’s taken many twists and turns, but we are kind of going back to the grass roots of the story – really pivoting it back to its origins. It’s going to be a fascinating turn of events for the Atkins family.’

While Kate built on this, saying: ‘Life is going to throw Gray a curveball; something out of his control, that will bring the story back to its grass roots as he tries to start again in new relationship.

‘But Gray hasn’t been as clever as he thinks. Smoking guns are all over the Square, just waiting to be found. Gray’s downfall awaits.’