EastEnders: A brick is launched through Queen Vic window

Tina Carter (played by Luisa Bradshaw-White) was convinced she could be saved from prison when Gray Atkins (Toby-Alexander Smith) assured her he would do everything he could to find her alibi on EastEnders. But, in a cruel twist of fate, the lawyer bribed the pizza delivery guy to place her in the frame of Ian Beale’s (Adam Woodyatt) attack. Will Gray be pushed to even further lengths to ensure Tina goes to prison?

On the night Ian was attacked, Tina admitted she’d had an altercation with the Queen Vic owner.

Tina was furious with Ian for laughing in her face but was adamant to Shirley Carter (Linda Henry) that she’d left him alive at his house.

Ian was later found on the floor of the iconic pub causing Tina to breathe a sigh of relief but it wasn’t long before the finger of blame was pointed at her.

When Ian woke up in hospital, he named Tina as his attacker and Shirley enlisted Gray to help her sister.

Read more: EastEnders: When is EastEnders on over Christmas? 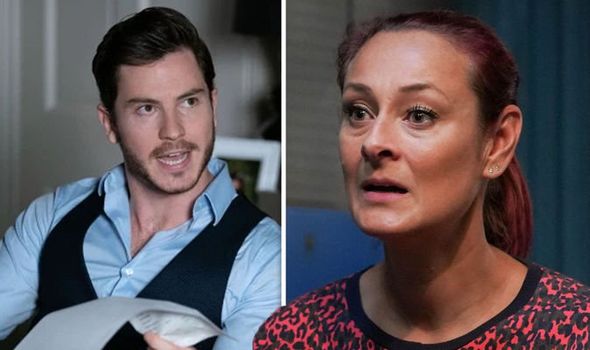 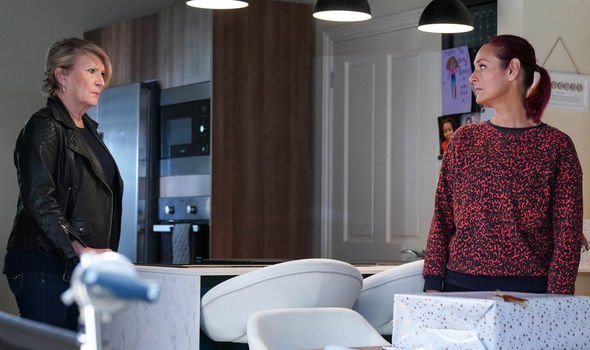 Gray reluctantly agreed after growing tired of Tina’s messiness since she moved into his home.

Tina told Shirley and Gray that a pizza delivery man had wrongly knocked on the door to deliver food on the night of the attack.

Gray promised Shirley he would track down the man but viewers were outraged when he finally did.

Instead of asking the man to confirm Tina’s story, he bribed him to claim he’d spotted Tina coming out of the Queen Vic on the fateful night. 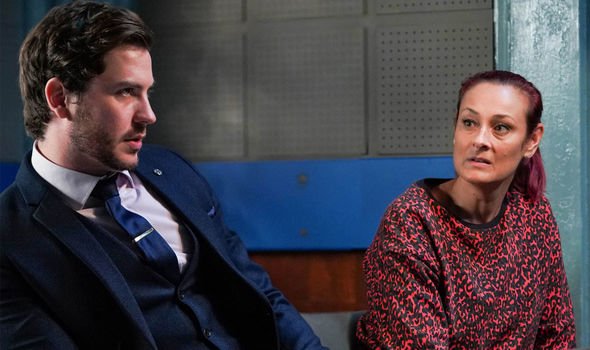 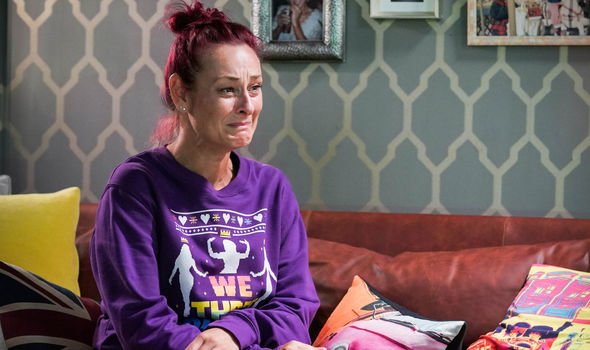 Tina was charged with Ian’s assault but was later released on bail.

Gray acted like a concerned friend in front of Shirley but it was clear Tina had her suspicions the lawyer was to blame for the latest developments.

Later, Ian furiously confronted Tina about a brick being thrown through his window.

The bar manager was with Gray and Shirley at the time which proves someone else is out to get Ian.

Will Gray plant evidence in his own house to make sure the police keep their eyes on Tina?

The lawyer was enraged when Whitney Dean (Shona McGarty) revealed Tina had suggested Chantelle Atkins (Jessica Plummer) was afraid of her husband.

It’s clear Gray has a hold over Shirley, could the lawyer threaten Tina he’ll harm her sister if she doesn’t stop asking intrusive questions?

BBC viewers are convinced Tina isn’t safe with Gray around as one said: “Gray has succeeded in his attempt to get rid of Tina. Gray is a vile man. #EastEnders.”

“Tina really shouldn’t have started messing with the guy who was in charge of trying to keep her OUT OF JAIL #EastEnders,” another said.

A third wrote: “Gray has already ruined many lives and he’s now messing with Tina’s #EastEnders.”

“Tina’s face when she realised Gray had set-up her up to go down #EastEnders,” a fourth asked.

Someone else shared: “Poor Tina, can someone help her #EastEnders.”

EastEnders continues on BBC One on Christmas Eve at 7.35pm.