Stacey (played by Lacey Turner) hasn’t had the easiest time on EastEnders recently; watching her ex-husband Martin Fowler (James Bye) marry Ruby (Louisa Lytton), being accused of causing the latter’s miscarriage and dealing with her own family drama as well. Currently, the mother-of-three is facing charges for supposedly throwing Ruby down a flight of stairs and with her lengthy criminal record, things aren’t looking too good for her. As her mother Jean (Gillian Wright) takes matters into her own hands in upcoming scenes on the BBC soap, it seems she too could become complicit to the drama her daughter has become embroiled in.

The action kicks off when Stacey gets some bad news from her solicitor but Mo Harris (Laila Morse) urges her not to worry as she has found her a lawyer.

As her daughter fights for her freedom, Jean begins cleaning at the Atkins household and soon notices one of Chantelle Atkins’ (Jessica Plummer) jewellery boxes lying around.

She soon becomes a criminal when she ends up taking a necklace from the deceased’s possessions and heads to the pawnshop to sell it.

However, she bumps into Martin and Ruby and confronts them about what they’re doing to Stacey, all-the-while hiding her own misdemeanours.

Later on, Ruby confides in her feelings towards the Slaters to Kush Kazemi (Davood Ghadami) and she tells him she’s not happy about being publicly humiliated by Jean. 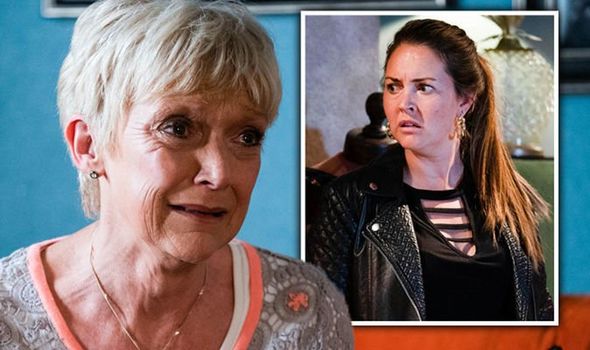 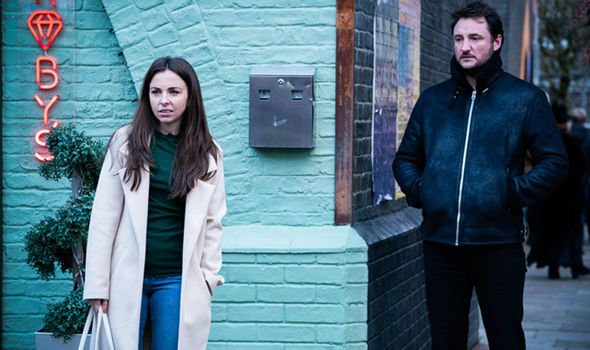 When Kush tries to talk to the matriarch of the Slater clan about her recent actions, he is surprised to hear her showing remorse for Martin and urges him to take Ruby’s husband out for a drink.

This is all a rouse, however, as with the men out the house, Jean sneaks into her former son-in-law’s house and speaks with his wife.

Face-to-face and on their own, Jane pleads with Ruby to drop the charges against her daughter, believing this to be her final chance to save the mother-of-three from another stint behind bars.

It seems her efforts prove fruitless as the next day, the matriarch of the family and Stacey wait to speak with a lawyer. 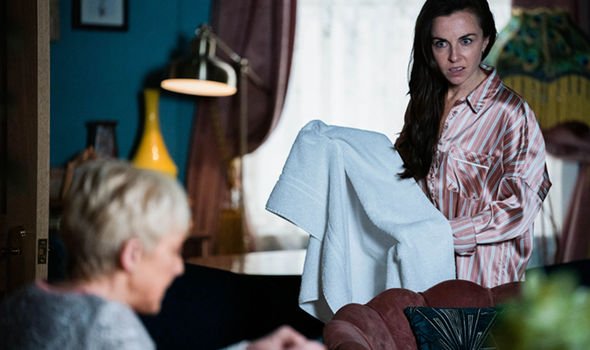 In the discussion with the legal expert, Stacey discovers they can get her sentence down to six months behind bars if she pleads guilty.

Not long after the meeting, Ruby speaks with Jean in the street and informs her she is going to drop the charges against Stacey.

The matriarch tells her family the mother-of-three is a free woman but Stacey can’t help being suspicious about what Ruby has planned.

At the same time, the club owner will be seen leaving a message for the officer in charge of the investigation she launched. 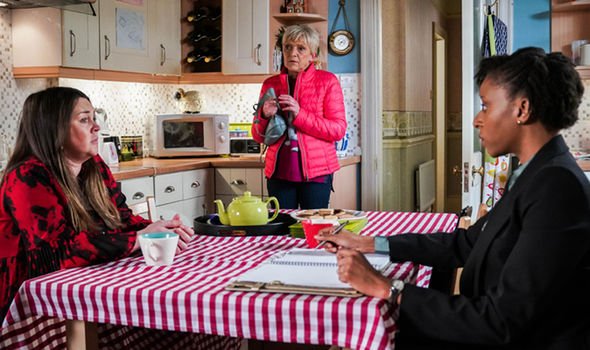 Viewers will have to wait and see what Ruby tells the officer but it could be that both Stacey and Jean are now in trouble.

Although Stacey already has the charges pinned against her name, her mother could be arrested for stalking the club owner.

If Martin’s wife were to play up the fact she fears for her life, the Slater women could be in a very precarious situation.

With no other choice left, both Stacey and Jean could decide to flee the Square with the three young children.

This would cause evermore drama as one of the children in Kush’s and two are Martin’s but by the time they realise, it could already be too late.

Known for running when the going gets tough, this could be the perfect exit storyline for Stacey and a surprise departure for Jean.

Viewers will remember that the matriarch hasn’t told anyone she thinks she might have cancer and so this could be the final time fans see her if she were to leave with Stacey.

Could it be Jean will pass away as she lives a life on the run with her daughter and could Stacey be returning to the Square with just her children?

EastEnders continues tonight at 7:35pm on BBC One.