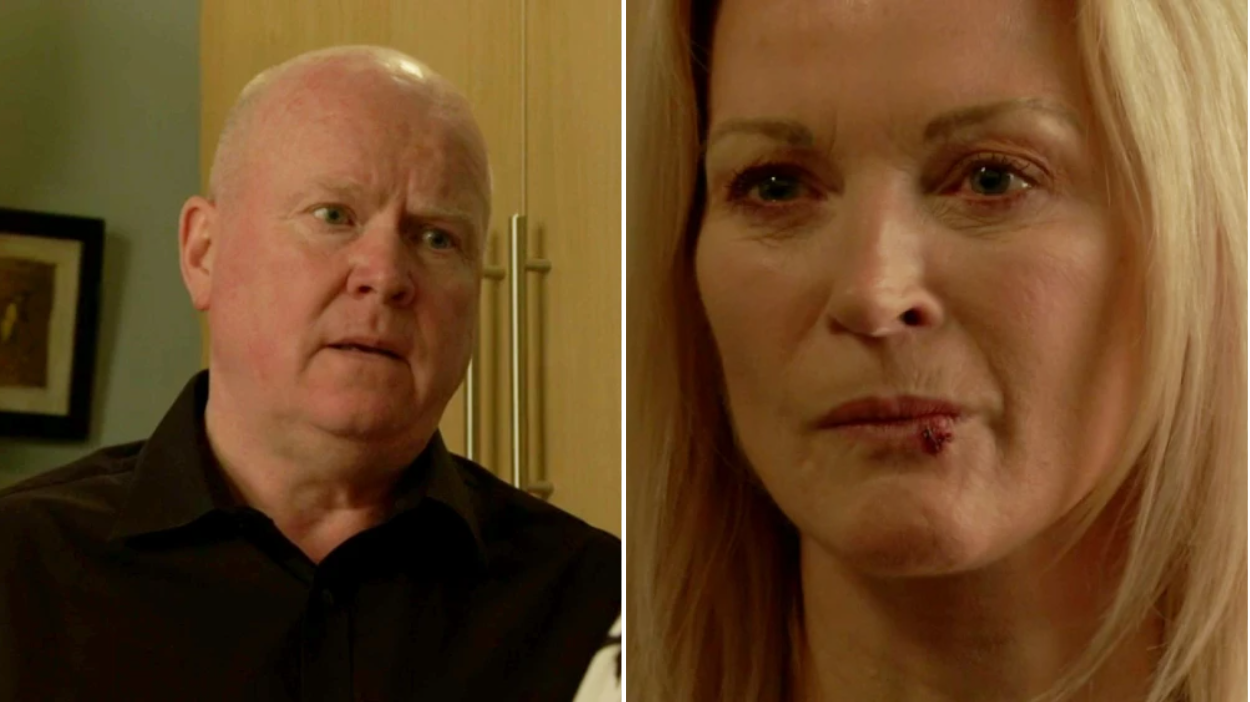 As Ash (Gurlaine Gaur Karcha) urged Kheerat to ‘Do it!’ and finish Ben off, he was only stopped by Suki (Balvinder Sopal) revealing that she’d also played a massive part in Jags’ death.

Ben, who was already under the influence of various drugs from earlier on, was left in a terrible state and Ash had to confirm he even had a pulse. When he’d recovered slightly, Stacey (Lacey Turner) took him home.

Ben was ready to lay some of the blame about how badly his life had turned out at Kathy (Gillian Taylforth) and Phil (Steve McFadden)’s door. ‘You left me all alone!’ he accused them at one point, which was fair enough what with having a mother who was ‘dead’ for nine years and a father who’s spent a fair amount of time in prison and was never father of the year material even when he was in Walford.

Phil was having none of this, telling Ben he had to ‘grow up’ and take responsibility for his own choices. Ben agreed that he deserved everything he’d got. ‘I’m a bad person, mum,’ he told Kathy sadly. ‘Kheerat should have finished the job.’

After Ben fell asleep, Kathy and Phil continued to talk about him, with Phil still adamant that his son needed to take responsibility. Of course what he didn’t know was what had happened to Ben recently, and despite Kathy promising Ben that she wouldn’t tell anyone about him being raped she knew there was no way Phil would understand and be able to help Ben unless he knew the full story.

She said she understood what Ben was going through because she’d been there. ‘Ben was raped,’ she told a shocked Phil.

Armed with this new information, will Phil be able to get through to his son? Or will it become all about revenge against Lewis (Aidan O’Callaghan)? And how will Ben feel about Kathy telling Phil his secret?

By the time he wakes up, a lot will have changed.

You can visit the Survivors UK website here for more information and support on men and non-binary people who have been affected by rape or sexual abuse.