EastEnders resident Chantelle Atkins (played by Jessica Plummer) has desperately been trying to flee her husband Gray (Toby-Alexander Smith) since the BBC soap returned to screens last week. However, with viewers already aware Chantelle won’t survive an upcoming encounter with her harmful husband, some are now convinced he won’t be sent down for his harrowing actions anytime soon after spotting a new clue.

Chantelle is set to meet a tragic end on the Square in the coming days at the hands of abuser Gray.

However, with Gray having managed to conceal his abusive behaviour for so long, some believe this won’t be the end of his tirade.

With fans speculating over how Gray will finally get his comeuppance, one has suggested the solicitor’s next moves.

User Gardena wrote on the Digital Spy forum: “I guess if Chantelle is killed by Gray, he’ll get rid of her body and report her missing. 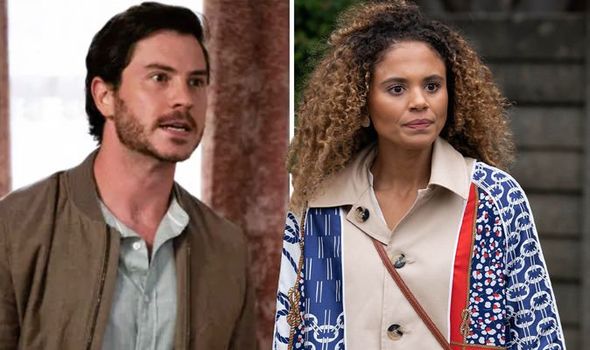 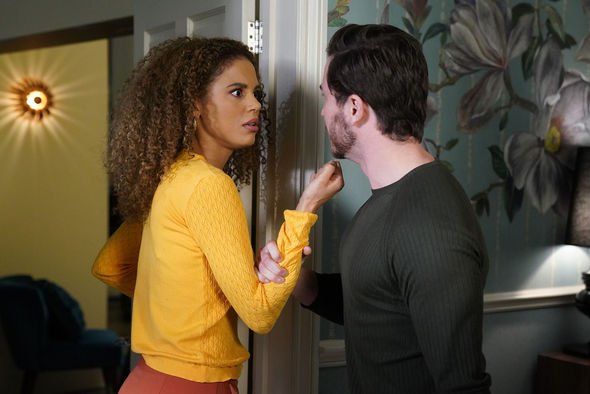 “We have two police officers on the square now, so we’ll get an investigation, there was the nurse at the hospital earlier this year who noticed Chantelle’s bruises.

“We also know she contacts a divorce lawyer. I assume Gray will be a suspect and right around Christmas her body could be found.

“Of course there is still a chance that Chantelle isn’t killed off,” they added.

It has been confirmed Chantelle will be killed on-screen but it’s not yet known of the exact circumstances. 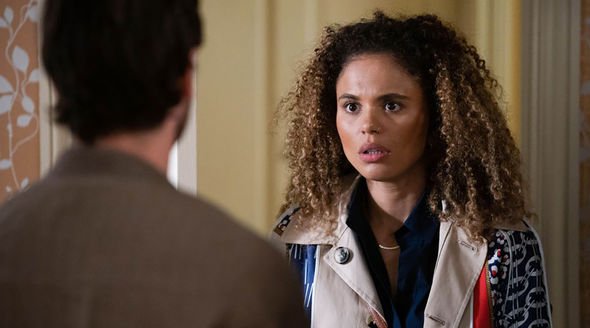 However, fans of the show are beginning to suspect the perpetrator may not be found out for quite some time after spotting a huge clue.

After a photo of the soap’s set donning Christmas decor seemed to reveal Gray’s car was still present in the Square, some are suspecting he will still be around in the months to come.

“If I have to see Gray Atkins on my screen on Christmas Day, I’ll throw the damn turkey out the window,” wrote one viewer on Twitter.

Another queried: “How is Gray still there? It wouldn’t have taken till Christmas for Kheerat to figure it out and you’re telling me that Karen and Mitch haven’t skimmed him alive.”

“Not me waking up to the news that Gray will still be around by Christmas…. manifesting everyone despising him cos they know what he’s done but there just ain’t enough proof to charge him because I feel that could be realistic given the circumstances of her death,” shared a third.

A fourth commented: “Oh FFS he’s literally going to get away with this, isn’t he… Nah the Panesars are going get him and it might be their big Christmas moment! YAASS.”

Although this doesn’t confirm whether Gray will still be on the Square over Christmas, it seems as though he might try and go a long way in trying to cover up his tracks.

It is also possible Gray might end up going on the run or see himself looking for another way out which would involve him leaving most of his belongings behind.

This would explain why his car would still be remaining on the Square in the coming months.

It’s not yet known if and when Gray will exit the Square but it seems as though there’s still many more challenges ahead for the Taylor family.

Elsewhere, Chantelle’s close friend Kheerat Panesar (Jaz Deol) has already promised to help get her out of her marriage.

Earlier this week, Kheerat professed his love for his employee and vowed to help her in whatever way he could.

So when the residents of Walford learn of Chantelle’s passing, it’s sure to cause a huge wave of sadness for months to come – but when will Gray finally be rumbled?

If you have been affected by Chantelles’s storyline, visit Women’s Aid here or ring the National Domestic Abuse Helpline on 0808 2000 247.

EastEnders airs Mondays and Fridays at 8:05pm and Tuesdays and Thursdays at 7:30pm on BBC One.