EastEnders fans have seen Chantelle Atkins (played by Jessica Plummer) abused by her seemingly-charming husband Gray (Toby-Alexander Smith) in recent months. But with the pressures of lockdown making Chantelle’s situation even more worrying, the hairdresser will finally realise she has to get out of her marriage for good. As she starts working on a plan to flee, could Keanu Taylor (Danny Walters) end up proving a vital source of help after the star made an admission about her character on the BBC soap’s spin-off, Secrets from the Square, this evening?

Chantelle has become a beloved resident on the Square but fans are desperate to see her escape the abuse subjected to her by husband Gray.

The smooth-talking solicitor has managed to keep the secret of his violent tendencies from being discovered, despite causing significant harm to his wife.

Viewers saw Gray break Chantelle’s arm in one particularly violent altercation earlier this year and it seems the physical abuse will only heighten during the lockdown.

But, it seems someone else could act as a lifeline as she works out a way to fix her situation. 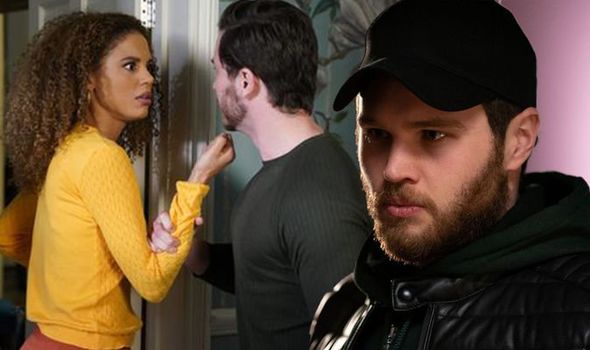 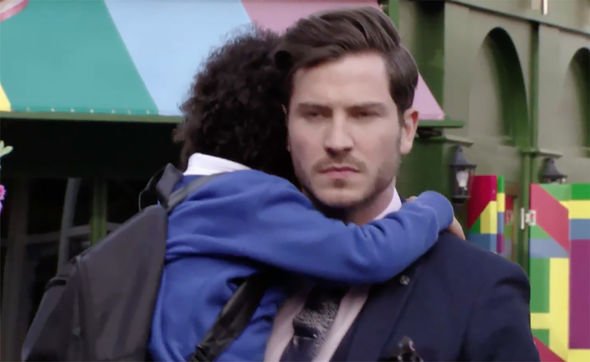 In tonight’s episode of Secrets from the Square, Chantelle star Jessica appeared alongside her on-screen mum and husband – Lorraine Stanley and Toby-Alexander Smith.

And when host Stacey Dooley probed Jessica on what was to come, it seems as though she will finally find the courage to make a bid to escape Gray.

Gray star Toby has explained his character will be directly affected by the coronavirus pandemic, with tragic consequences for his wife.

He said: “Gray has been furloughed which is a dent to his ego and naturally, that brings a trigger for Gary to get frustrated with Chantelle. 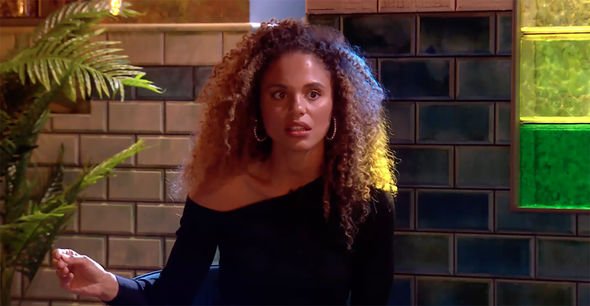 “Therefore, I imagine he is pretty much at boiling point,” however, this will cause a shift in mindset for Chantelle, which will see her spring into action.

“I think she’s had that light bulb moment, I think the penny has dropped!”

Could the clue of finding her “inner Taylor” mean she is about to go on-the-run and follow in the footsteps of troublesome half-brother Keanu?

Or could even the use of the word “finding” hint she’ll manage to track the youngster wherever he may be?

Viewers saw Keanu depart the soap back in February after a disastrous clash with Phil Mitchell (Steve McFadden).

However, with the character having had to already go on the run to escape from Phil for good, could Chantelle end up turning to him to get her out of her situation?

His skills in managing to get out of difficult situations could well prove vitally important – but will Chantelle find the courage to reveal what she’s been going through?

Elsewhere, Toby gave Stacey a tour around Number One, Albert Square, the home of the Atkins family.

The star gave away some interesting details about how the house had been set up to give the “illusion” of things being harmonious.

When Stacey questioned the actor on the family photographs around the house, he explained the reason why there we so many snaps.

Toby said: “At the start of Gray and Chantelle’s journey, we spent a lot of time with the kids and trying to get the chemistry within the family.

“It’s smothered with happy family pictures and creates the illusion of, ‘look how happy our family is.’”

But it doesn’t look like the family will remain just so for much longer as Chantelle makes a bid to escape – but will she manage to go through with her plan?

If you have been affected by Chantelles’s storyline, visit Women’s Aid here or ring the National Domestic Abuse Helpline on 0808 2000 247.