EastEnders spoilers: Alfie plans to get The Vic backfire

It seems Alfie (played by Shane Richie) will be back behind the bar at The Vic soon, but it’s clear he starts feeling a bit too at home as he devises a scheme which boss Linda (Kellie Bright) disagrees with. Although EastEnders fans might be pleased to see the soap favourite back at the heart of Walford, Alfie’s lies and deceit upset more than just Linda as he finds himself in trouble next week. Could this add to tensions with the Mitchells?

Future scenes will see Alfie treating his children to a day at a theme park.

However, he tells Kat Slater (Jessie Wallace) he’s taking the boys to a museum.

On returning from their trip, Tommy Moon (Sonny Kendall) lets slip that they in fact went to a theme park.

A furious Kat storms out after Alfie tries to defend lying to her.

Later, Alfie struggles to drum up business in The Vic and comes up with a way to bring in the customers. 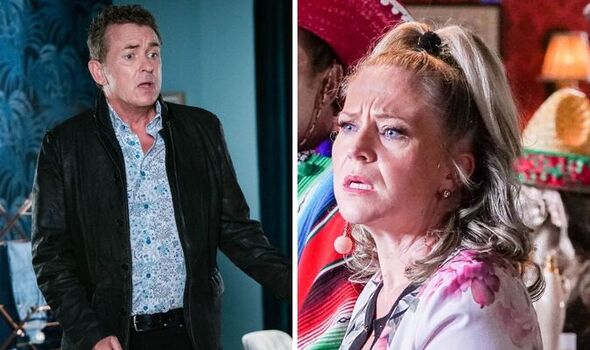 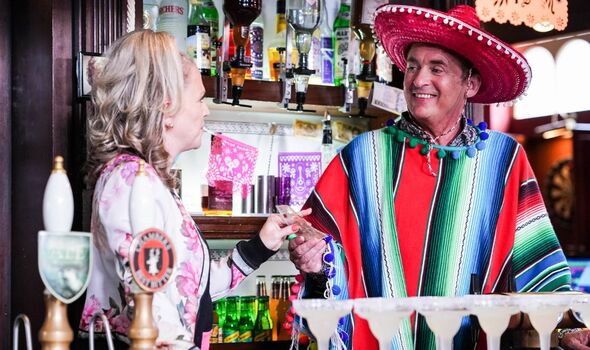 After noticing that everybody is attending Jay Brown’s (Jamie Borthwick) surprise party that evening at Peggy’s, he decides to exploit the situation.

Capitalising on the event, he lies once again, saying Lola Pearce (Danielle Harold) changed the location of the party to the pub.

Realising this, Linda confronts Alfie and tells him his schemes won’t be allowed at The Vic, but Alfie refuses to back down.

It’s likely the two will clash over the situation, making Alfie’s plans to get The Vic back even more difficult.

To make matters worse, the Mitchells own Peggy’s, and if his plan does work, they are likely to be furious that Alfie stole business from them. 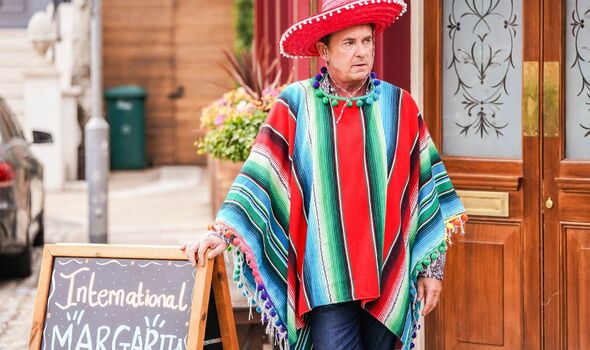 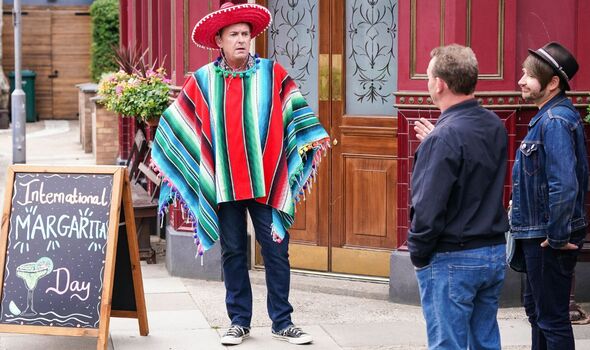 The EastEnders gangster is also aware Alfie is intent on winning Kat back, and will probably do everything in his power to get rid of him.

With Alfie’s latest scheme adding insult to injury, Phil is likely to retaliate.

Knowing how much Alfie wants to get his hands on The Vic, Phil could ensure nobody trusts him enough to allow him the chance, and may even get him fired from the pub.

With Linda already suspicious of him, Phil’s warning could see her taking drastic action.

Perhaps she will ask him to leave, not wanting any bad blood with the Mitchells and concerned over his antics.

Will Phil’s vendetta aginst Alfie end there? It would be uncharacteristic of the tough man to simply leave Alfie alone after this, so he might decide to start plotting some real revenge.

With Alfie ruining Phil and Kat’s wedding earlier this month, Phil already has enough motivation to try to drive him out of Walford.

But could he decide to take things even further after the situation with Peggy’s?

Phil might feel his relationship with Kat is threatened, as well as his businesses, as long as Alfie is around.

Perhaps he will decide to threaten Alfie, demanding he leaves the Square.

Phil’s warnings are usually serious, and he has several dodgy contacts who can do his dirty work for him.

Could he blackmail Alfie by saying he will have him killed if he refuses to leave?

Alfie came back to stop Kat and Phil’s wedding, but he is also determined to build a relationship with his children.

Feeling as though they prefer Phil, Alfie was hurt and decided he wanted to be a proper father to them.

Because of this, he’s unlikely to listen to Phil, but what could this lead to?

With the two men headed for a showdown, will Phil really decide to get rid of Alfie for good?

Perhaps they will come to blows after Phil’s warning and end up fighting.

Kat, who has been trying to move on with her life, will be less than impressed if so. However, she and Alfie share a lot of history, and she’d be devastated if anything happened to him. Could the ongoing feud end in tragedy?

EastEnders continues on Monday at 7.30pm on BBC One.