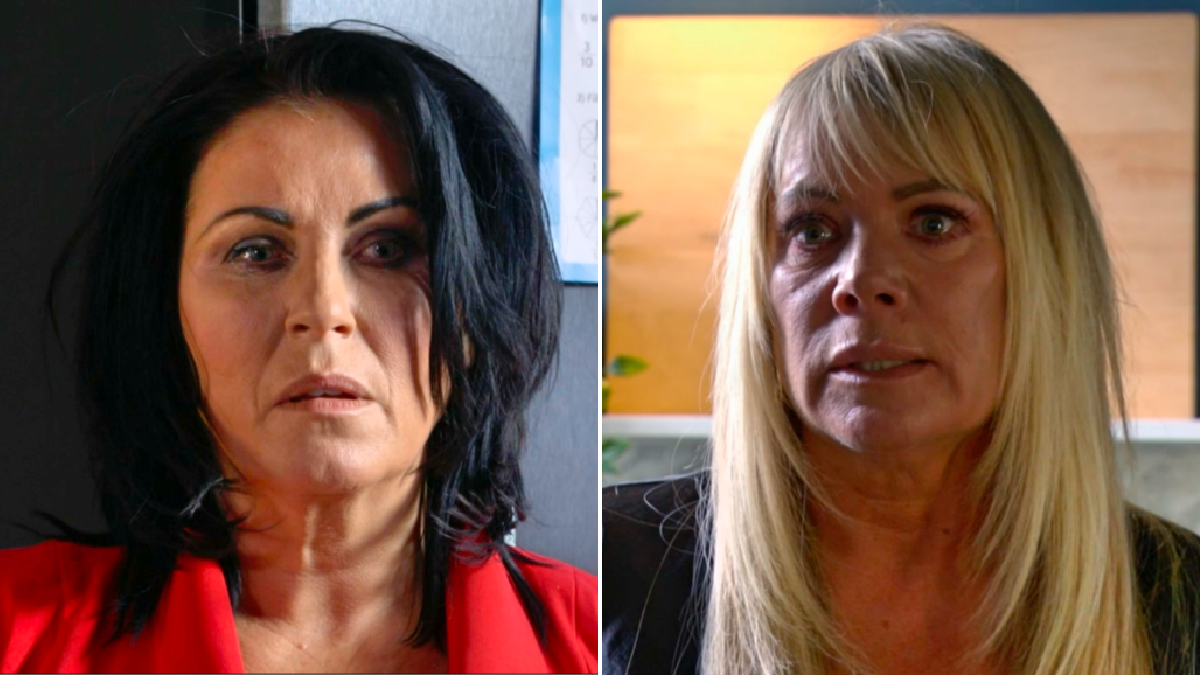 Kat Slater (Jessie Wallace) felt completely betrayed by Phil Mitchell (Steve McFadden) in EastEnders, as she finally found out that he as given the option to avoid a life behind bars.

Phil, as viewers know, is currently in jail for his role in Vincent Hubbard’s (Richard Blackwood) death.

Despite the fact that it’s a murder investigation, DI Keeble offered him the opportunity to avoid jail time, but only if he became an informant.

Phil, however, refused. Being an informant goes against everything he stands for as a Mitchell, apparently. Sharon Watts (Letitia Dean), meanwhile, knows the truth about the deal, and she’s repeatedly urged her ex to take it.

In Phil’s absence, Sharon has kept everything in Walford ticking along nicely.

Kat, however, had no idea about her colleague’s secret visits to see Phil, but that all changed in Tuesday’s (June 28) edition of the serial drama.

While tending to a wounded Sam Mitchell (Kim Medcalf) – who had been shot amid the siege at Peggy’s – Kat found proof that Sharon had been paying her beau visits in prison behind her back.

She questioned her about it after their lives were no longer in danger, asking Sharon if she was having an affair with Phil.

Sharon denied such claims, but with Kat refusing to hear her out, she was left with little choice but to blurt out the truth about the deal with Keeble.

Kat was speechless at first, unable to comprehend that Phil had lied to her about something so huge.

But despite Sharon insisting she only ever had good intentions, Kat ordered her to leave.

The question is: will she be able to forgive Phil for his betrayal? Or will this finally spell the end of Phil and Kat as a couple?

EastEnders continues Wednesday June 29 at 7:30pm on BBC Two, or stream the next episode over on BBC iPlayer right now.