Eamonn Holmes takes swipe at Strictly judges for Ruth Langsford snub: ‘Not once!’

Today’s This Morning didn’t exactly run as smooth as Eamonn and Ruth would have hoped for, especially during the ITV show’s famous Spin to Win competition. After failing to find a player to take part in the contest, the presenting duo ended up cancelling the segment altogether. However, when one viewer got in touch to reveal they missed out on a spot in the contest because they were watching Ruth dance, Eamonn quickly spotted an opportunity to bring up her time on Strictly.

Ruth took part in the BBC dance contest back in 2017, dancing alongside pro Anton du Beke.

While Ruth may not have been the strongest of performers on the series, she still lasted a respectable eight weeks in the competition.

However, Eamonn clearly had issues with the recognition his wife earned while on Strictly and made his views very clear this morning.

The swipe came when he read aloud a viewers’ reasoning for missing out on Spin to Win. 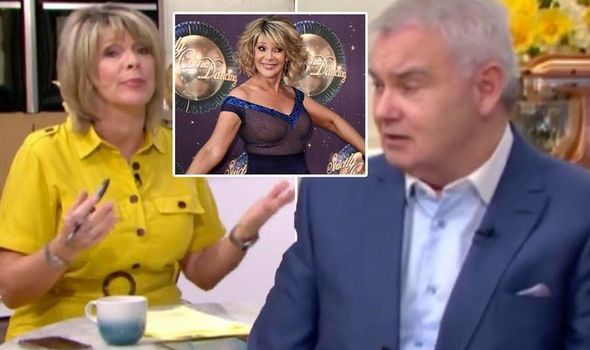 Eamonn began: “Absolutely hilarious all the people with their excuses as to why they didn’t pick up during Spin to Win.

“One guy’s got in touch, he says ‘I’m absolutely devastated, I’m gutted, I was so engrossed watching Ruth dancing,

“‘I didn’t see my phone ringing on silent so didn’t answer!

“‘But I now have a lovely voice message of Eamonn and Ruth on my phone, I’m absolutely gutted!'” 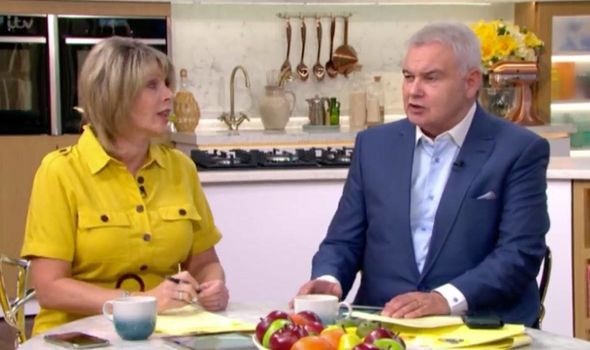 Ruth then weighed in to extend her apologies for making the caller miss out on the competition.

She said: “Oh, they’re blaming me, I’m so sorry I distracted you,

“I was just trying to entertain people in that horrible silence.”

Eamonn quickly veered the conversation to Ruth’s time on Strictly as he quizzed: “Why when you were on Strictly did none of the judges say you had lovely dancing?”

He continued: “It’s funny he said you had lovely dancing, but not once during those eight weeks -“

Ruth interjected: “Eight weeks I lasted even without the judges.”

The pair nodded in agreement before swiftly moving the show on.

Ruth missed out on the Glitterball Trophy that year as Holby City star Joe McFadden was crowned the series’ winner.

Dancing alongside Katya Jones, the pair pulled off a surprise win in the final.

The actor faced off against singer Alexandra Burke, presenter Debbie McGee and former Emmerdale star Gemma Atkinson in the finale.

There’s good news for Strictly fans too as the show will still be going ahead this year despite the ongoing coronavirus pandemic.

However, the BBC did announce this year will be shortened as a result of the outbreak.

This Morning continues every weekday at 10am on ITV.