FANS were not pleased with the way DWTS host Tyra Banks' announced Iman Shumpert's win on the show's season finale.

The America's Next Top Model alum was called out by viewers for her poor delivery in revealing the winner of the competition on Monday night. 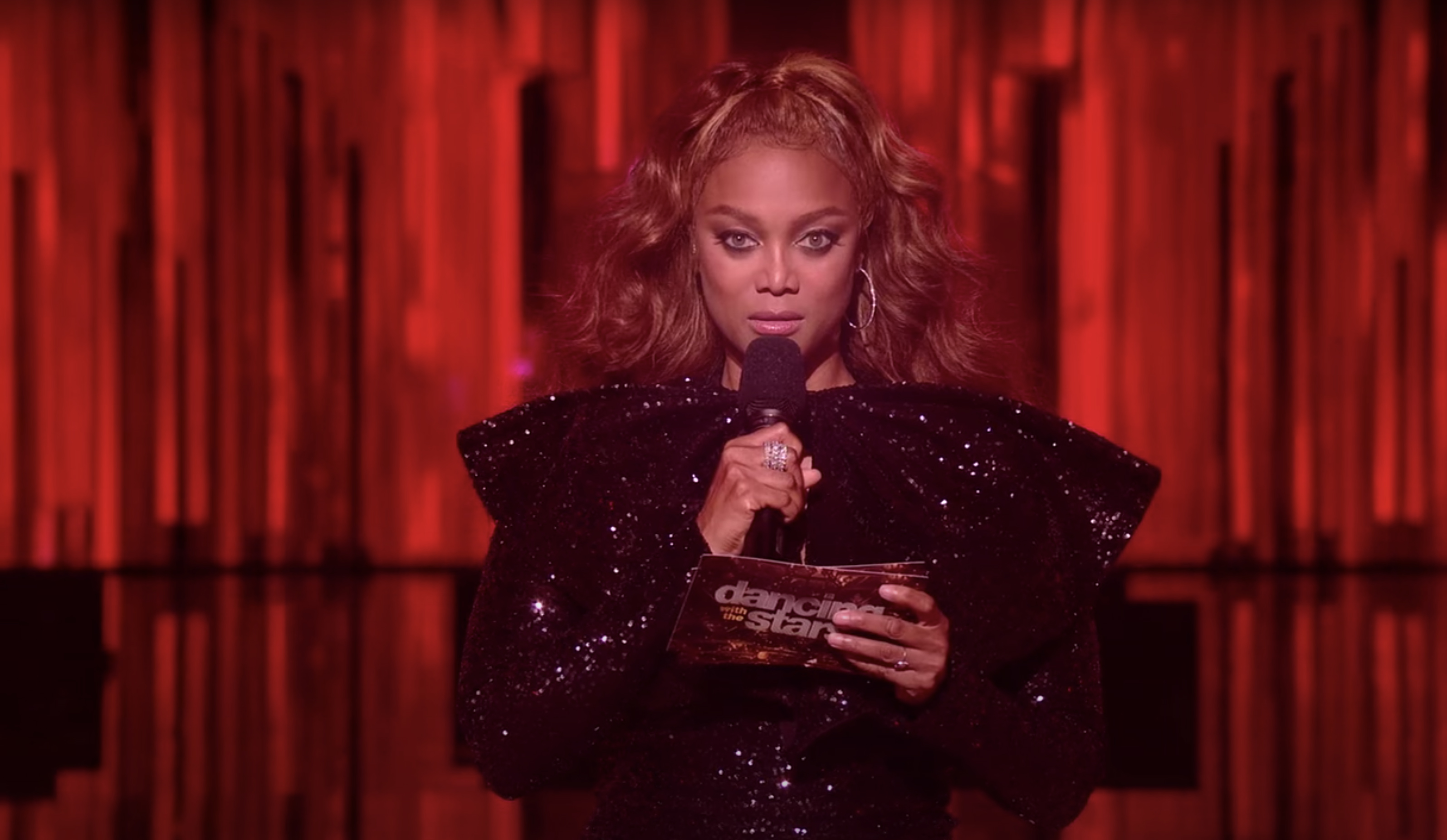 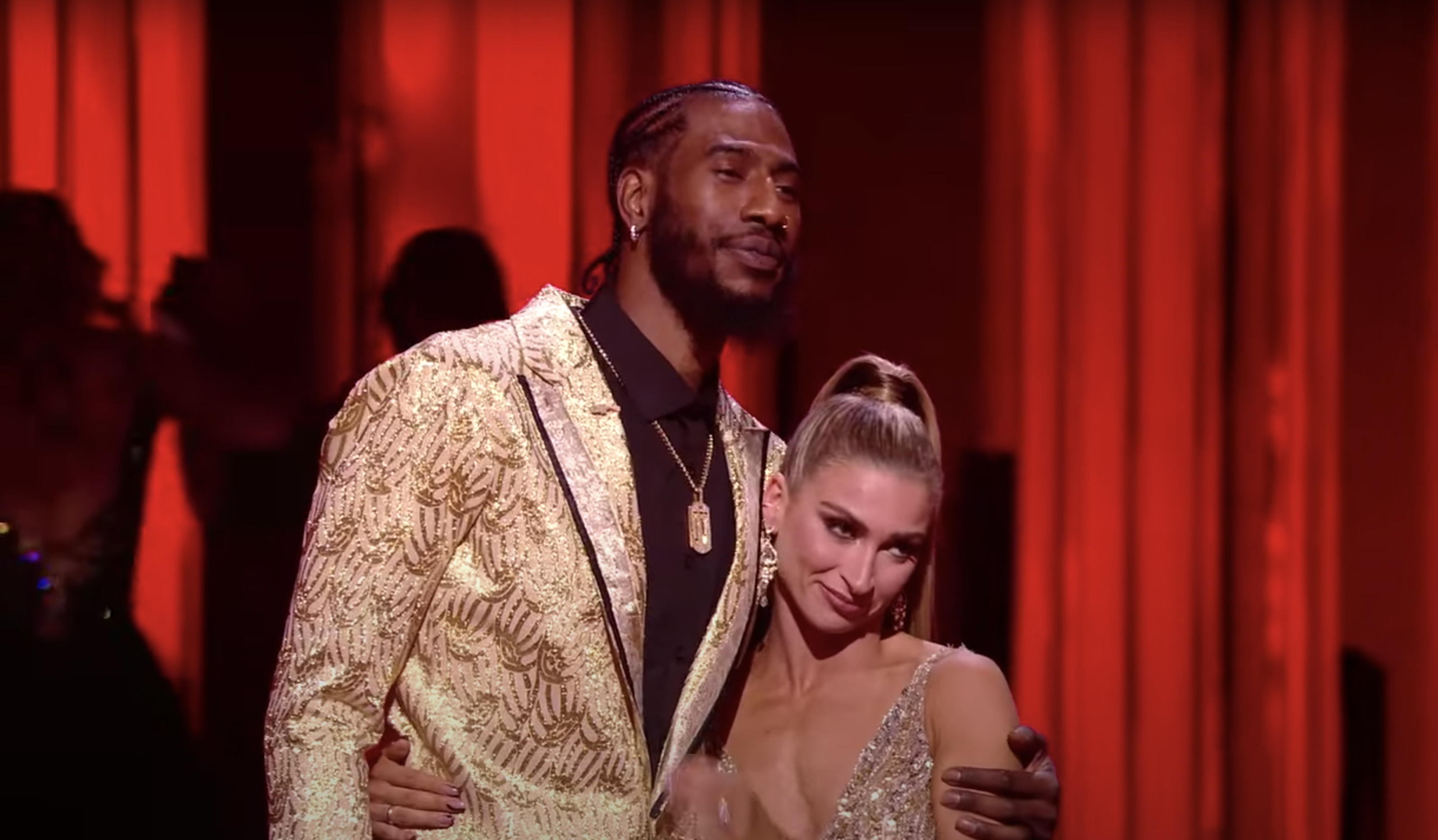 During the live broadcast of the season finale, Tyra announced the placement of the four remaining partners as the dancers joined her on stage.

After revealing that The Talk's Amanda Kloots came in fourth and Peloton guru Cody Rigsby placed third, fans patiently awaited her reveal of the show's winner.

The model invited frontrunners Iman and JoJo Siwa along with their respective partners to step forward as the controversial host took center stage.

"The winners of Dancing With the Stars are," Tyra began as she gazed at the camera and down at her cards several times, taking a long dramatic pause.

She then showed her excitement yelling "Oh my god!" backing away and shrieking before declaring Iman and pro Daniella the season 30 champions.

While the couple were ecstatic over their victory, fans were displeased with Tyra's delivery as viewers claimed she hogged the camera, causing them to miss part of the NBA star's reaction.

One YouTube user responded to the clip: "Soooo happy and excited they won!!! But lol at tyra’s delayed omg and what bad camera action we missed the reaction?!"

Another agreed writing: "Can we talk about how Tyra's reaction to seeing the names before reading them out said it all! And I'm here for it! #TeamDaniman"

Twitter was also blowing up with outrage from viewers after the episode, claiming that Tyra "robbed" them of the "celebration."

One DWTS fan tweeted: "@[email protected] why do you have the credits rolling and announce the winner? We only see 5 seconds and the show is over! So much of the night is wasted and we see nothing when they win.#DWTS"

A second person echoed: "All of us were robbed of watching a mirror ball celebration and Iman interview thanks to Tyra. Way to go…"

While a third person called for Tyra's exit writing: "#TyraBanks is legit the worst host ever. Does she know the show isn't about her!! Any time she's on screen I skip over her because I can't stand her. #DWTS Bring back Tom and Erin, enough is enough with Tyra as 'host'"

Tweets continued to roll in from critics voicing their frustrations with the former talk show host.

"@DancingABC Can y’all PLEASE replace Tyra Banks next season. Go back and look at the video. She makes the show about her from start to finish. Why does she need a runway, wardrobe change and extra time for senseless babbling #DWTS"

Another wrote: "It's so frustrating that @DancingABC and @tyrabanks have such poor time mgmt! They've consistently pushed results to the last possible second of air time. Announcing the winner after credits have begun rolling is disrespectful to competitors and fans. #DWTS"

The NBA champion made history as the first-ever basketball player to make it to the semi-finals – let alone to the final episode – and shocked fans when he won the entire competition.

As their first dance of the night, the 31-year-old performed a Cha Cha and Foxtrot fusion with his partner, Daniella Karagach, to the Earth, Wind And Fire classic, September.

They earned their first perfect score of the season with a 10 from each judge.

Following their fiery dance, the pair turned up the heat even more during their second performance of the night – the highly-anticipated freestyle.

Iman danced to Missy Elliot's Lose Control and brought everyone in the ballroom to their feet with difficult lifts and fast Chicago footwork.

Repeating their first perfect score, the duo also got a 40 out of 40 for their second dance.

Guest judge Julianne Hough made Daniella break down in tears as she gave high praise for their dance.

"I will go on record right now, that was my favorite freestyle I’ve ever seen in 30 seasons of Dancing With the Stars,” the DWTS alum said.

Julianne stepped in for her brother, Derek Hough, who was quarantining at home due to testing positive for Covid.

Bruno Tonioli has similar kind words, labeling Iman "the king of the ballroom."

Despite fellow contestant JoJo Siwa being an early frontrunner to win, fans were thrilled the "underdog" took home the Mirrorball trophy.

One shocked fan said next to a screaming face: "Me and my mom when Iman and Daniella were announced Mirrorball champs!!"

"Iman showed an amazing amount of growth from the beginning of the season to today. I'm so proud of him and both him and daniella deserve it," a second said.

A third tweeted: "Although i was rooting for jojo, iman absolutely deserved that win!!!"

"Iman & Dani elevated the show. Period. Their dances were sooo fly they made it fun to watch interesting & fresh," and admirer gushed.

Another viewer added: "I was nervous as hell y'all. His only competition down the wire was Jojo, who was damn near perfect all season.

"But Iman put in a different kind of work and it showed. And Danielle….GIFTED! This is a major win for the culture! Congrats!"

UNDERDOG COMES OUT ON TOP

After the results were announced, Iman couldn't believe it and walked away from the camera.

He appeared to break down in tears as he hunched over and nearly fell to the floor.

His partner, Daniella, looked equally shocked as this was only her second season competing on the show.

Last year, she danced with Nelly and also made it to the finale – where she came in 3rd place overall.

Coming in second was Dance Moms alum JoJo – who was widely expected to win this season.

The teen pop star scored perfect numbers throughout the season and made history as the first same-sex pairing along with partner Jenna Johnson. 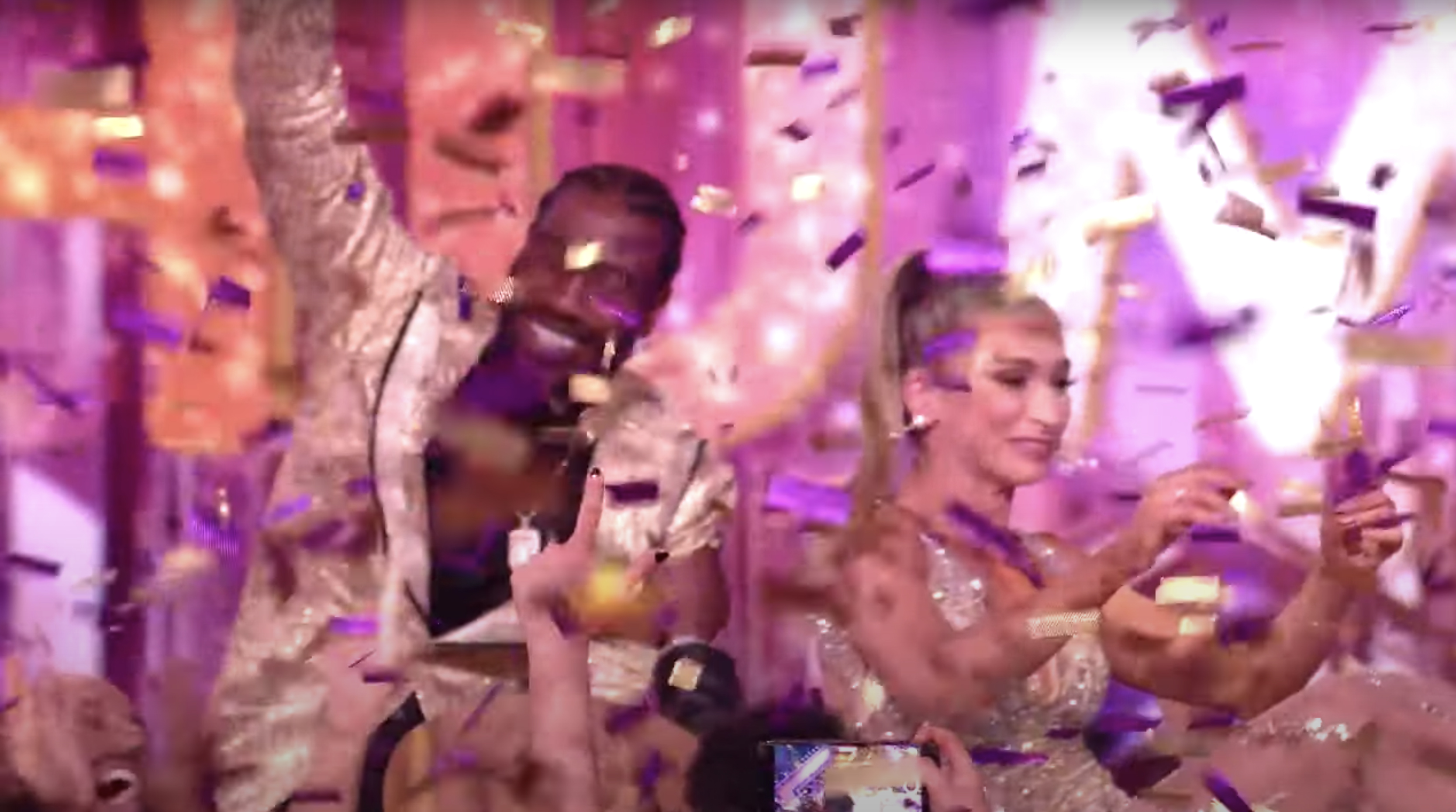 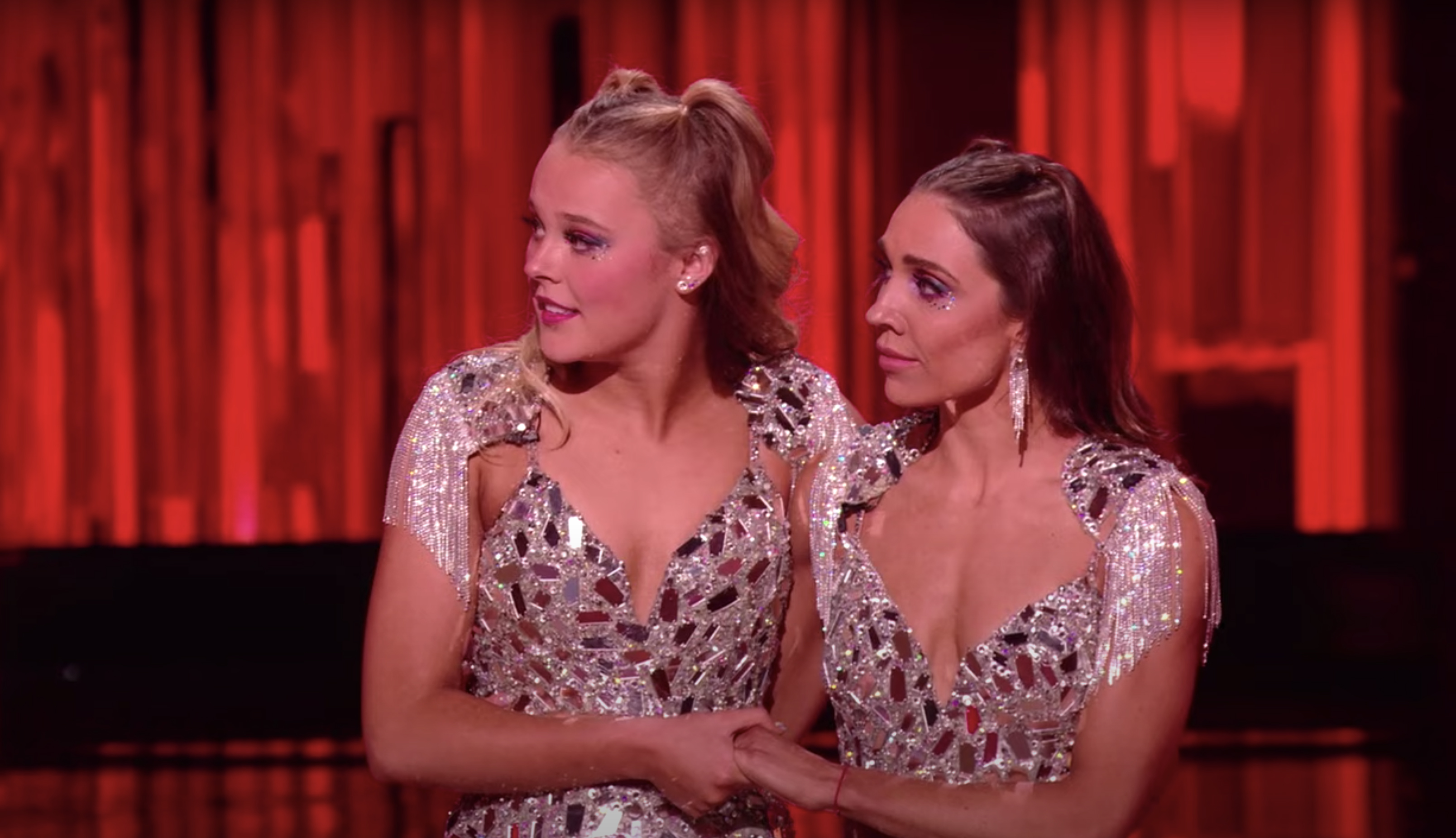 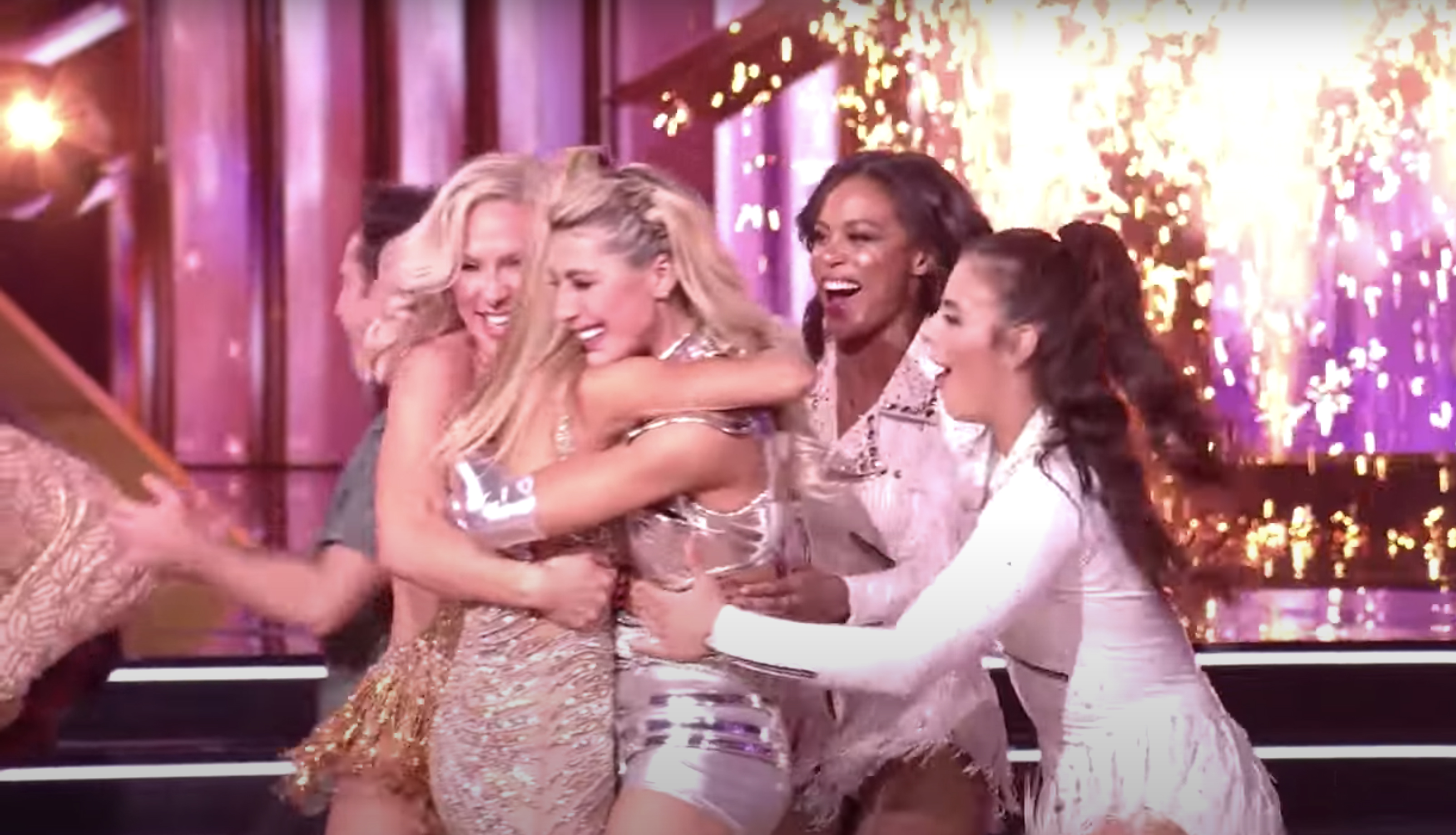