Diego Boneta: Four Things to Know About the Rising Star, Including His Killer Tom Cruise Impression He has been dubbed, "The next big thing," but don’t tell that to Diego Boneta.

The Mexican-American singer/actor, 30, is poised for major stardom — it’s just that he doesn’t realize it. He'd rather talk about his family and pet dog. With his new film Monster Hunter, co-starring Milla Jovovich, now in theaters and Love, Weddings & Other Disasters, which also stars Diane Keaton and Jeremy Irons, arriving soon, Boneta spoke with PEOPLE about his pup, Akila, his family, and how he's coping during quarantine.

Family always comes first for him

Boneta recalls the day when the studios were shuttered because of the health crisis, and how fortunate he was to have his family by his side.

"It was kind of crazy because we were shooting Luis Miguel: The Series season 2 right when the pandemic hit in March so we had to shut down and we lived through the whole, 'Oh it's not going to be a big deal, it's not going to happen', and then boom, two days later everything is shut down, everyone is sent home. So it was definitely very surreal. And throughout the quarantine, you know, I felt very lucky because I was able to be with my family," he says.

"I'm a big family man and my sister who lives in New York and my brother who studies at Duke in North Carolina, we were all back home for the first time, all living under the same roof, in five years. So that was really nice, to be able to be with my family and listen. [It was] horrible circumstances obviously, but something that is completely out of our control and we tried to make the best of it."

Boneta does spot-on impressions of both Tom Cruise and Matthew McConaughey. They are less of a party trick and more of an homage to actors he admires. He has a special place in his heart for Cruise, who he starred with in Rock of Ages.

"He's the best actor that I've ever worked with, he really took me under his wing," gushes Boneta of Cruise. "It was my first movie and I was one of the leads of that movie and he was like, 'Listen man, here's everything I wish I knew when I was your age,' and he was so generous and so amazing. He mentored me throughout the whole process and it really was something incredible. I will forever be grateful to Tom because he was really just something else."

He’s gearing up to play a Latin American superhero

Boneta is teaming up with director Robert Rodriquez for an Apple TV+ series which is based on the comic book, El Gato Negro: Noctornal Warrior. The actor turned serious when speaking of the importance of the role for him and how it harkens back to his multicultural upbringing.

"Growing up, I was a huge Batman fan and you know I loved superheroes, I watched all the movies and I read comics and all the animated stuff… And, there was really no one that spoke directly to me. I would always pretend, when I was a kid, to be Batman and stuff but there's not a superhero where that's like, 'Yeah, I identify myself 100% with that guy.' And it's kind of crazy that there isn't a Latin superhero. It was after Black Panther came out and it was huge and it was so amazing to see what that did for the Black community. We wanted to try to do that for the Latin/Mexican community and have it be something that was fun, authentic, and original. [We wanted to] create a world that was just enticing and that would make all those kids throughout the world be like, 'Yeah, yeah that's me!' I mean it's truly a dream come true. You know, a couple years ago I was auditioning for Robert and now we're creating something together, I mean it's absolutely insane. I just feel so lucky."

He has an adorable adopted dog named Akila Cabrona

The Belgian Shepherd Tervuren mix has her own Instagram page entirely curated by Boneta.

"I never really had a big dog growing up, I had small dogs that weren't mine and I just had a gut feeling, 'Man, I just, I want a dog, I want a dog,' " he says. "I had all these friends that had amazing dogs and crazy connections with them and I was feeling really lonely. When you're shooting and you're kind of living that circus life and traveling from city to city, country to country, different hotel rooms… and a friend told me, 'You should think about getting a dog,' and that really stuck with me. I started researching what dog I wanted to get because I wanted to definitely adopt not to purchase one, and then one of my friends just randomly, I had no idea, he was like, 'Here man, here's Akila,' and he gifted her to me.

"It's been the best part out of the whole pandemic. She's a part of the family." 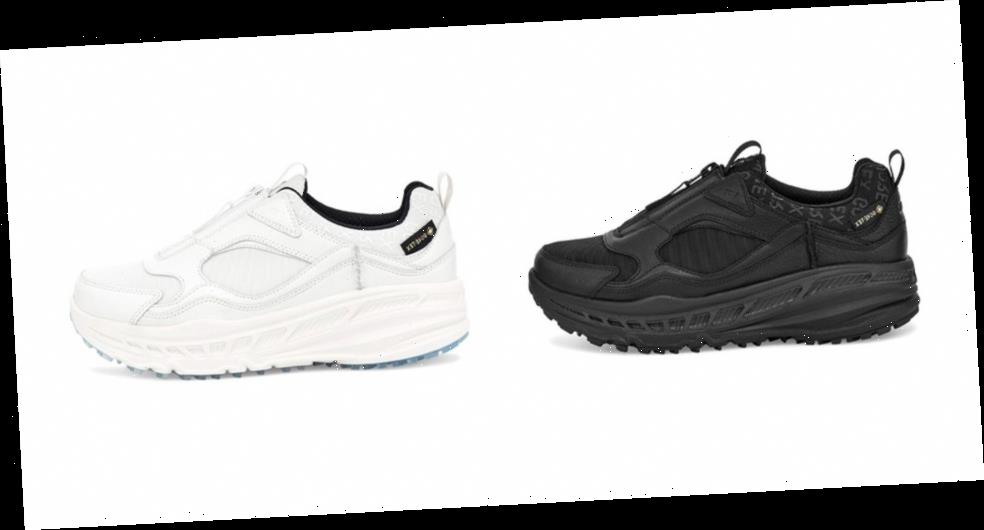