Did Dale Moss and Clare Crawley schedule a photoshoot in snowy South Dakota for their hometown date?

Dale Moss and Clare Crawley are currently in South Dakota visiting his family.

This is the first time that Clare is exploring his home town and meeting his family because of the COVID-19 restrictions in place while they were filming The Bachelorette.

They’ve waited until now to travel because they haven’t been able to see each other in public until last Thursday when their proposal aired on ABC.

And since they never did get a hometown date with cameras and The Bachelor crew, they may be trying to recreate fun memories for their first visit.

On social media, a local South Dakota photographer hinted that he was doing something special for the couple.

In one video shared on Instagram, a photographer named Danny Eisenhauer shared a video of Dale and Clare. He revealed in the video that he’s only doing this for Dale.

They are outside in the snow and Clare appears to be freezing. Since he’s a photographer, it’s possible that he’s taking some adorable couple photos for them so they can remember their first hometown date forever. 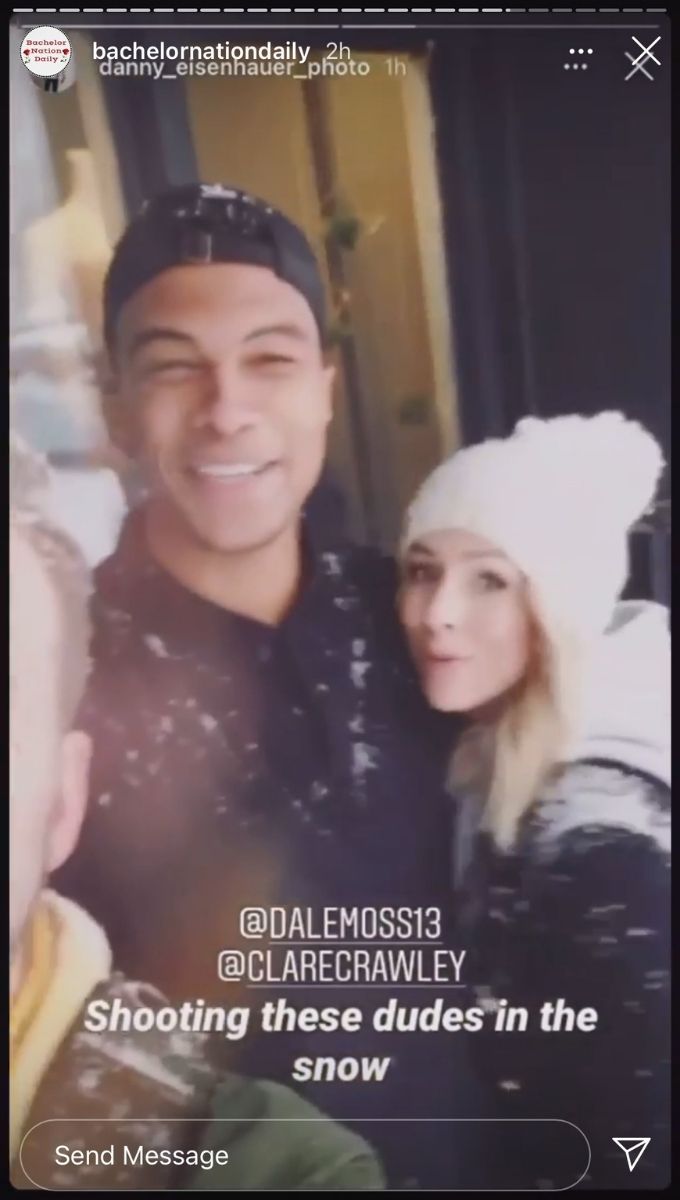 This little video only surfaced on Danny’s Instagram. Dale and Clare never shared these plans on their respective social media profiles, but fans should probably expect that they will share the photos once they get them back.

While Clare and Dale found love on reality television in front of the world, they are ready to focus on their love story in private.

They want to share their joy with the world, but they haven’t really shared private moments from their homes with fans just yet.

Earlier this month, we reported that Clare is struggling with the criticism she has faced after shutting down The Bachelorette and choosing to pursue Dale, putting all other relationships on hold. Viewers really wanted a true season of The Bachelorette, where Clare got to date the guys and then send them home when she didn’t feel a connection with them.

However, after just 12 days, Clare shut down production and sent everyone home so she could be with Dale. Because of his decision to propose that same day, viewers have a hard time believing that they didn’t talk prior to the show.

They deny talking prior to the show, sharing during tonight’s episode that their connection was completely real and organic.

The Bachelorette airs Tuesdays at 8/7c on ABC.