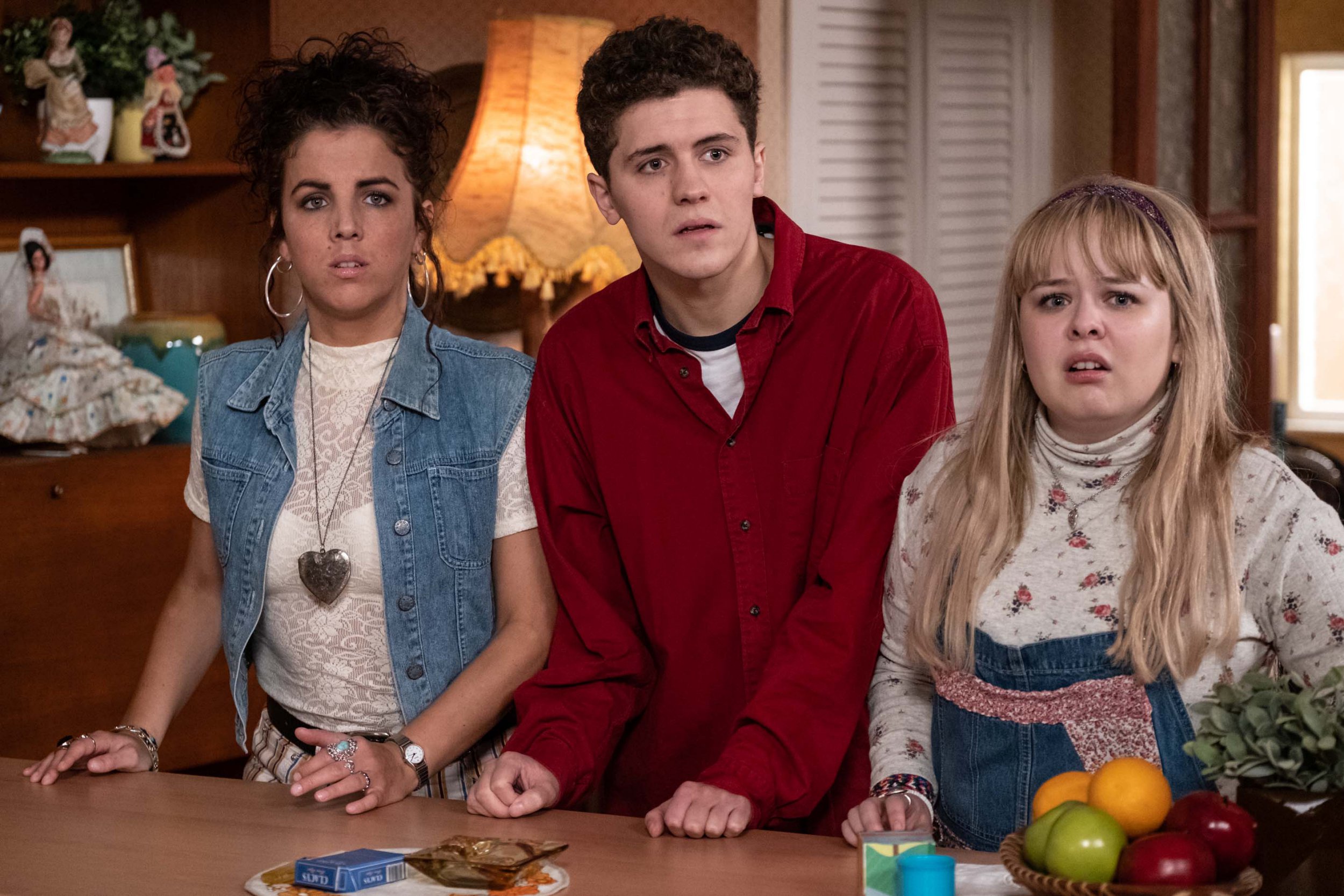 Derry Girls star Nicola Coughlan has confirmed that filming for season three of the comedy will begin this year.

And, to be honest, it’s the news we have been waiting to hear.

It comes after the show suffered a huge delay due to the coronavirus pandemic.

Taking to Twitter, the actress who plays Clare Devlin in the sitcom, announced the exciting news.

‘Can confirm Series 3 of Derry Girls is filming this year and I cannae bloody wait,’ she penned.

She went on to add: ‘Covid has pushed back filming several times which has been so s**t, but honestly the storylines in this series are the best we’ve ever done so I can’t tell you how worth it the wait will have been.’

One commented: ‘Thank you sweet baby jesus!!! Derry Girls is honestly, the only thing that can save the s**t show that has been the past 12 months.’

The coming-of-age comedy has been a hit around the world, focusing on a gang of school friends during The Troubles in the 90s.

Tommy Tiernan, who plays dad Gerry, ignited the worries earlier this year by declaring the upcoming episodes ‘the final ones’. Thankfully, it’s since been denied by the show.

Nicola also recently teased fans by saying the script for the upcoming season was ‘phenomenal’.

‘I’m not allowed to say anything about the scripts, but they’re just phenomenal,’ the 33-year-old told the Guardian.

‘Filming has been put on hold for now which sucks, and we’re all really excited to go back and start again.’

Derry Girls is available to watch on All4.