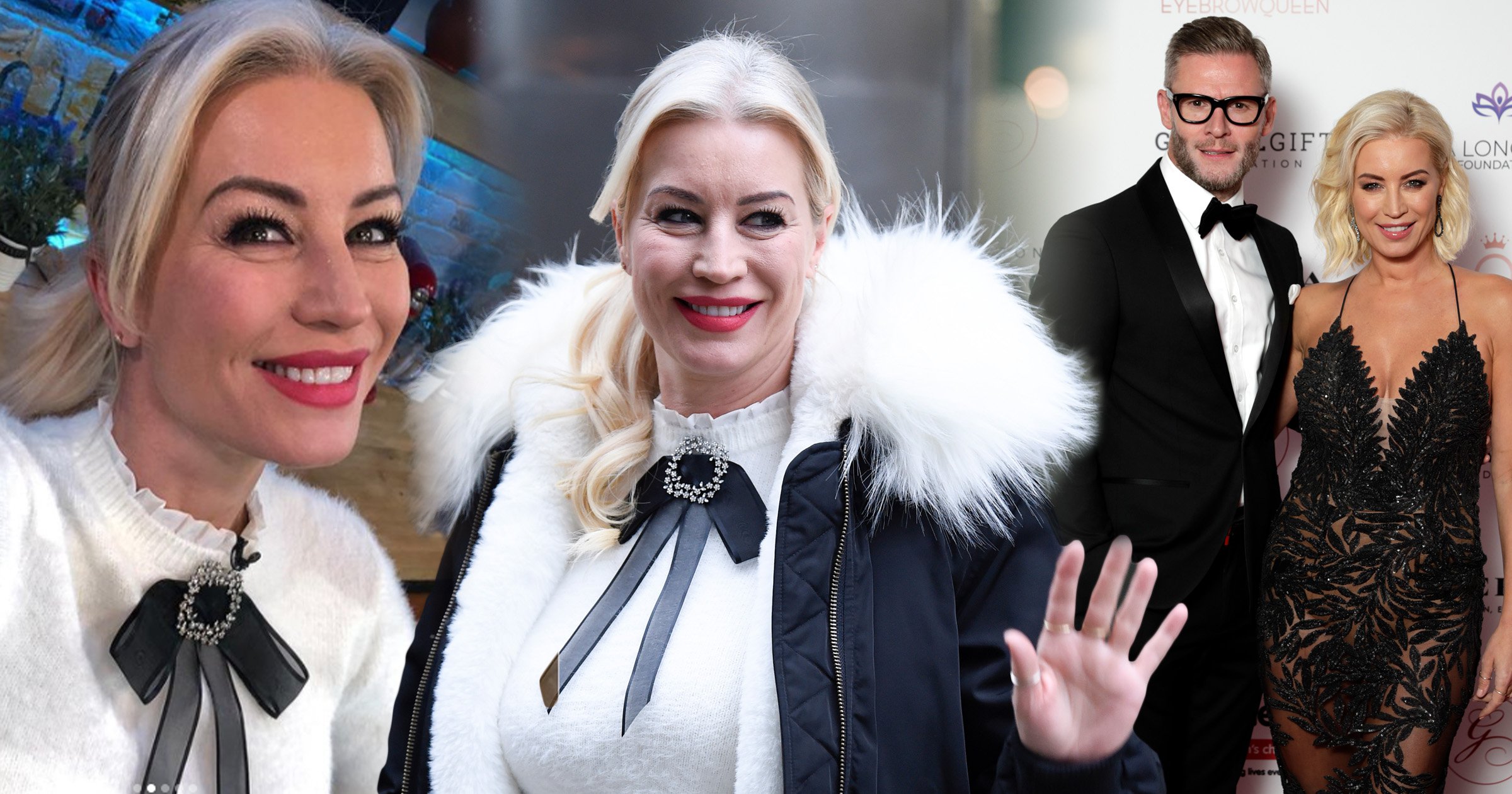 Denise Van Outen has recalled the time a ‘very famous’ footballer asked her out in her first appearance since confirming her split from Eddie Boxshall.

The presenter, 47, was all smiles as she appeared on Steph’s Packed Lunch on Monday after announcing she and her fiancé of seven years had split on Friday.

Speaking to host Steph McGovern, Denise revealed that she had once had a famous sportsman slide a note under her dressing room door – which must be the pre-social media version of sliding in the DMs.

She explained: ‘A very, very famous footballer slipped me a note under my dressing room door. This is just before we went live on air.’

Steph then quizzed: ‘David Beckham? Was it John Terry?’, to which Denise replied: ‘I can’t say who it was.’

Denise added: ‘But all I will say is he was single at the time, which is unusual for a footballer. He had very nice writing actually but it actually was quite a long letter, I was already seeing someone.’

She then joked: ‘I had to go on TV with him and it was really awkward. We were sitting there and he kept going to me…[raises eyebrows].’

Denise had confirmed on Friday that she and Eddie had split, writing on Instagram: ‘Over the past couple of months, there has been much speculation regarding my relationship with Eddie. It saddens me to confirm that we are no longer a couple.

‘I had to make the difficult decision not to continue in our relationship. I will always treasure the good times we spent together, and the memories made.’

However, sources have claimed Eddie wants to ‘win her back’, telling The Sun On Sunday: ‘Eddie is convinced he can win Denise back and isn’t willing to throw away all of their memories together. He’s pulling out all the stops to save their relationship.

‘He feels terrible and pained that she’s hurting… He’s not willing to accept it’s over for good.’