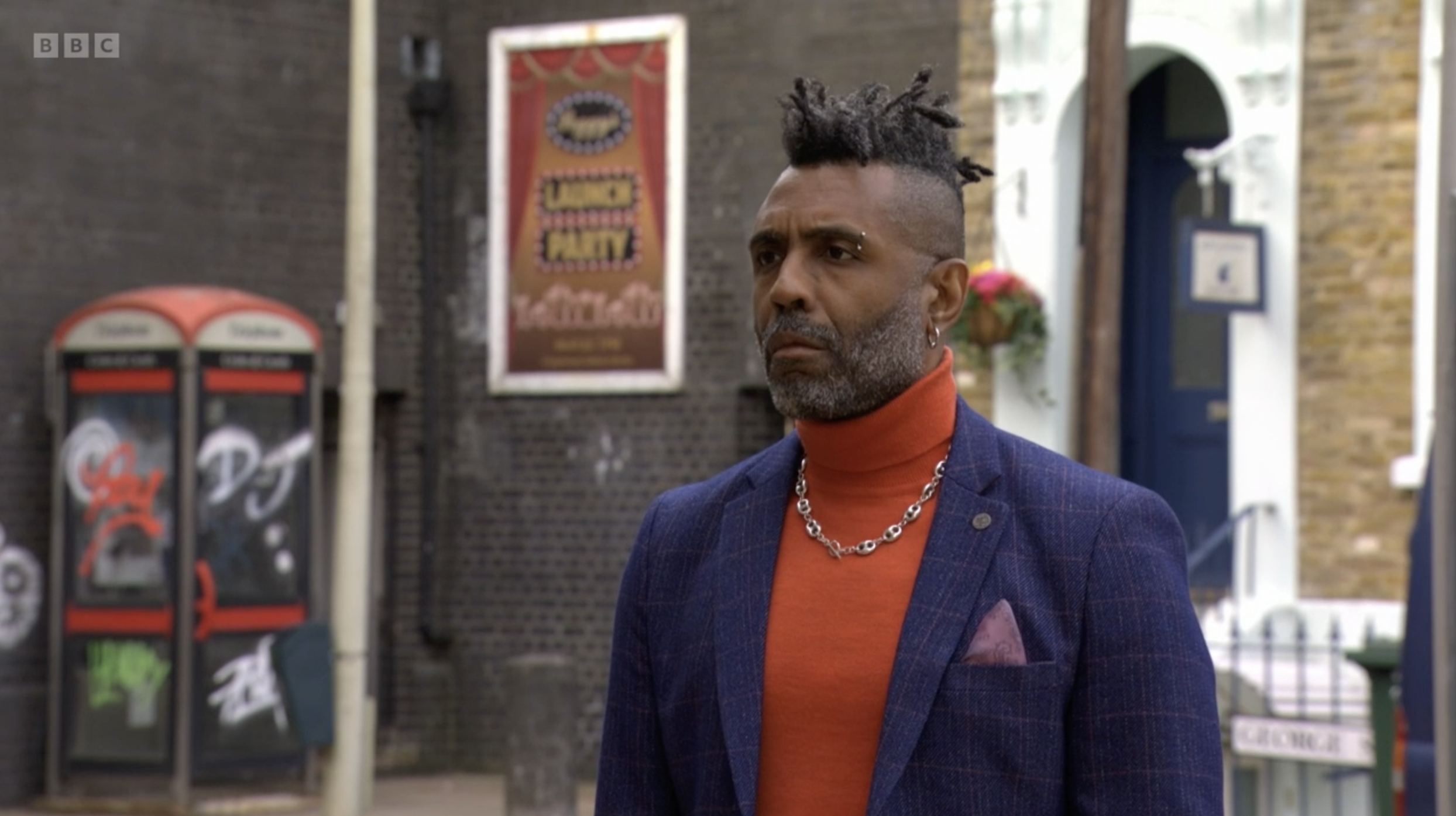 Avery, as viewers know, rocked up in the Square earlier this week, and he caused quite the stir upon doing do, antagonising the market traders.

The newcomer subsequently tried to make amends to all those he offended, throwing a celebratory party in The Vic.

Mitch, meanwhile, was stunned when he set his sights upon Avery, and it soon came to light that the two hadn’t spoken in years.

Avery wasn’t there for Mitch when Chantelle Atkins (Jessica Plummer) died, and Mitch hasn’t been able to forgive him for that. Avery, however, vowed to make things right, and offered his brother the opportunity to make some quick cash on a job he claimed was legit.

Despite his doubts, Mitch took part in the job, and the siblings ultimately bonded as a result, but there was soon animosity, as it came to light that the job wasn’t actually legit after all.

A showdown ensued, and Avery collapsed to the floor, with everyone thinking that he’d suffered a heart attack.

Thursday’s (July 7) edition of the BBC One soap dealt with the aftermath of his hospitalisation, as Mitch and Karen Taylor (Lorraine Stanley) awaited answers from the doctors.

Finlay (Ashley Byam), Avery’s son, made his debut, as he arrived at the hospital and reconnected with Mitch and Karen.

Felix rocked up as Tara Misu shortly afterwards, and in heart-wrenching scenes, revealed that Avery has terminal cancer.

Mitch struggled to process the news, as did Karen.

EastEnders continues Monday July 11 at 7:30pm on BBC One, or stream all of next week’s episodes on BBC iPlayer from 6am on Monday.