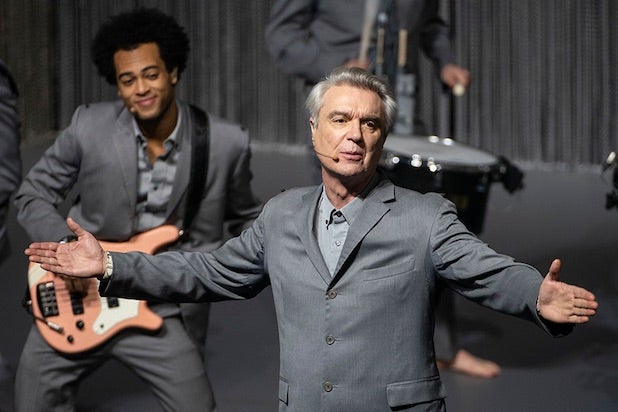 “David Byrne’s American Utopia” is the third music-oriented film in the last 10 years to serve as the opening-night attraction at the Toronto International Film Festival, after “Once Were Brothers: Robbie Robertson and the Band” last year and U2’s “From the Sky Down” in 2011. But it’s the first that you could say is just a concert movie.

Then again, the word just really has no part in any discussion of the work of Byrne or of director Spike Lee, who turned the former Talking Heads front man’s Broadway show into a film that premiered at the slimmed-down TIFF on Thursday, and will come to HBO in October. In the strictest sense, “American Utopia” is just a filmed performance, but so was “Hamilton” and “Springsteen on Broadway” and “Stop Making Sense,” the 1984 Talking Heads film by Jonathan Demme that is widely considered one of the great concert films, and the great rock ‘n’ roll films, of all time.

“Stop Making Sense” sets a very high standard for “American Utopia,” but the new film is after something very different – a performance that illustrates David Byrne’s concept of home, perhaps, which with the eager collaboration of his director turns into a portrait of America at a time when the very idea of home seems hard to hang onto. Like all of Byrne’s work, it is sly performance art masquerading as rock ‘n’ roll, or maybe it’s sly rock ‘n’ roll masquerading as performance art; definitions are elusive but the impact is both cerebral and visceral, just the way Byrne likes it.

Cinematographer Ellen Kuras’ cameras, in a remarkable bit of cinematic sleight of hand (or intricate choreography), seem to be everywhere but are never visible. The performance was filmed at the Hudson Theatre, on a bare, square stage draped with curtains made of thin strands of chain, and the cameras are in the midst of the performers, on all sides of the stage, in the front of the audience and the back of the house and high overhead the stage looking straight down – and yet every time we move to a wide shot, there’s not a camera to be seen.

The idea of the show, Byrne says at one point, is to eliminate everything from the stage except what we want to look at most, which is people. So Byrne and his 11 musicians, all dressed in gray suits and pale blue shirts, and all barefoot (or in some cases, wearing sheer or flesh-colored socks), have the stage to themselves. And they carry their instruments, which means that instead of a drummer sitting down at a full kit, the show includes four or five or six percussionists all simultaneously playing parts of a drum kit that they can carry with them.

Like “Stop Making Sense,” it starts out simply and builds from there. It’s Byrne sitting at a table by himself, looking at a plastic model of a brain, then Byrne accompanied by two singers and dancers, then Byrne with more and more musicians.

But the ensemble has far more to do than just play music; their movements are choreographed as well throughout the string of dramatic musical vignettes that make up the show. The cameras shoot through the crowd and capture a singer’s wink here, a guitarist’s smile there, though at times you get the sense that those facial expressions are as carefully choreographed as the movement.

Much of the set list is drawn from Byrne’s “American Utopia” album, but he sprinkles in a number of Talking Heads songs, including “This Must Be the Place (Naïve Melody),” “Slippery People,” “Once in a Lifetime” and “Burning Down the House.” The theme that emerges is one of home, whether it’s in the skeptical celebration of “Everybody’s Coming to My House” or the “How did I get here?” question in “Once in a Lifetime,” which is as weirdly, monumentally invigorating as ever.

Other songs get recast in a new light: With an introduction explaining how the early 1930s European Dada artist Hugo Ball wrote the lyrics, the chant “I Zimbra” is pulled out of its former role as the song that introduced the Talking Heads’ growing fascination with African music, finding a new life as a punchier, more driving anthem for a new dark time.

The show and the film doesn’t pick up momentum the way a normal concert performance would, and the way “Stop Making Sense” did; it’s more of a series of set pieces, but what wonderful set pieces they are. (Non-devotees may tire a bit during the second hour, but there’s enough variety to sustain most viewers.)

And as the show goes on, it does get more pointed and more political. Colin Kapernick taking a knee gets a call out in “I Should Watch TV,” and later Byrne performs a full-bodied version of Janelle Monae’s “Hell You Talmbout,” with its roll call of Black men and women killed before their time. And near the end of the show, Byrne quotes a hopeful James Baldwin passage before he and the band go into a lovely acapella version of “One Fine Day,” which promises, “Everything can change that one fine day.”

But then Byrne and company roll straight into a glorious version of “Road to Nowhere,” which suggests that the path home may be fun, but it’s never a clear or sure path.

The sequence is typical of “American Utopia”: visually rich and musically vibrant, but with some sharp edges that give it a bite to go with the celebration. In that sense, Byrne and Lee turn out to be apt collaborators, turning that stripped-down stage into a state-of-the-union message that is both exuberant and disquieting; they search for home and find connections, but they also aren’t afraid to burn down the house in more ways than one.

“Looking at people?” says Byrne early in the film. “Yeah, that’s the best.” And for much of “David Byrne’s American Utopia,” that’s exactly what it is. 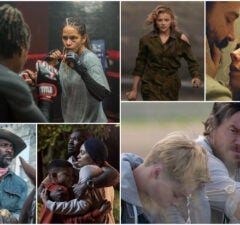 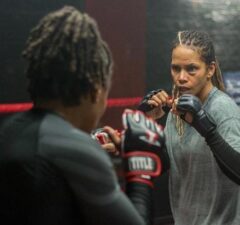 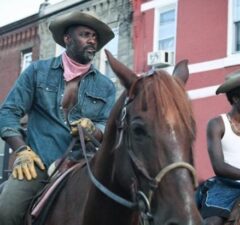 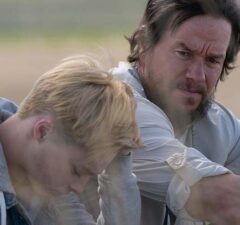 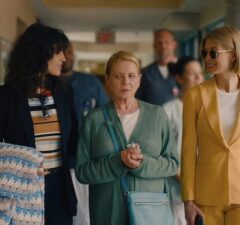 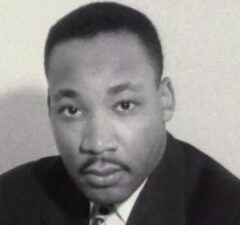 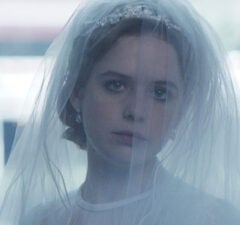 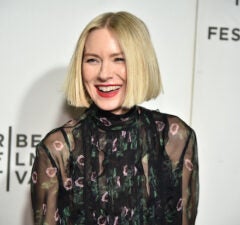 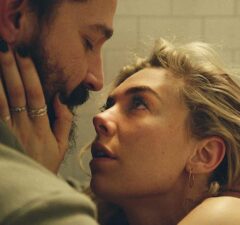 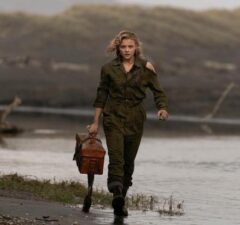 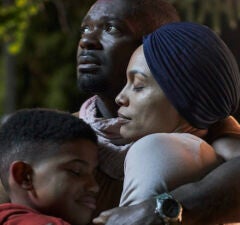 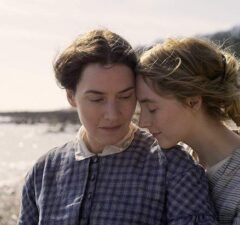