EXCLUSIVE: A Soldier’s Play, which is heading into Sunday’s Tony Awards with seven nominations, is getting a TV adaptation as a limited series by Sony Pictures Television. David Alan Grier, a Tony nominee for his role in the play, is set to star and executive produce the limited series, which will be titled A Soldier’s Story.

The series adaptation, spanning multiple wars and several decades, will center on Sgt. Vernon Waters and the emotional impact he is subjected to as a soldier in the 1940s. Grier, who plays Sgt. Waters in the play, will play the character’s father in the limited series.

The Pulitzer-winning A Soldier’s Play, written Charles Fuller, is set at a Black army base in the segregated Louisiana of 1944. Sergeant Waters – played on Broadway by Grier in a production directed by Kenny Leon – has been murdered, and Army captain Davenport – played by Blair Underwood – arrives at the base to investigate the crime, which might or might not involve the local KKK or even the many Black soldiers who openly despite their hated sergeant. 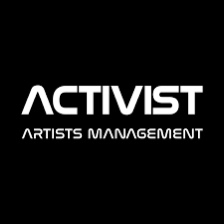 Bernie Cahill and Jon Kanak of Activist Artists Management, along with Grier, approached Sony about turning A Soldier’s Play into a limited series. The trio are executive producing alongside Fuller. Search is underway for a writer on the project which will be taken out soon.

The play was first produced Off Broadway in 1981 by the Negro Ensemble Company in a staging that included young Denzel Washington and Samuel L. Jackson.

A Soldier’s Play was adapted to the big screen with the 1984 film, also titled A Soldier’s Story, which was produced by Sony Pictures TV sibling Columbia Pictures. It was directed by Norman Jewison from a script by Fuller and starred Gier in a different role, one of the young soldiers in the murdered sergeant’s company, as well as Adolph Caesar as Sergeant Waters and Denzel Washington, both reprising their roles from the staging. The film was nominated for three Academy Awards, Best Pictures, Best Adapted Screenplay for Fuller and Best Supporting Actor for Caesar.

The play finally made its Broadway debut in the recent Roundabout Theater Company production, beginning previews on Dec. 27, 2019, with an official opening on Jan. 21, 2020. A Soldier’s Play  gave its final performance on March 11, 2020, closing along with the rest of Broadway due to the Covid shutdown. Its seven Tony Award nominations include Best Revival of a Play, Best Performance by a Leading Actor in a Play (Underwood) and Best Performance by a Featured Actor in a Play (Grier).

In his review of the play, Deadline’s Greg Evans wrote that “Grier, in the role that made a star of the Negro Ensemble Company’s Adolph Caesar (who reprised the role for the film, earning an Oscar nomination), adds the occasional and unexpected hint of humor to the villainous Waters, but it’s a humor tinged with resentment and rage.”

This marks Grier’s fourth Tony nomination. He was previously nominated for Best Performance by a Featured Actor for The First, Race and Porgy and Bess. Grier, a TV veteran recently seen in Fox’s The Resident and The Cool Kids and Netflix’s Dad, Stop Embarrassing Me!, is repped by Innovative Artists, Activist Artists Management, and Ziffren Brittenham. Fuller is represented by A3 Artists Agency.