Tuesday’s BBC Breakfast had plenty on the agenda to get through, from the latest on the US election race to footballer Marcus Rashford’s new charity campaign. However, when Dan and Louise tried to share with BBC One viewers what was coming up on today’s show, Dan had to momentarily stop the flow of the show to readjust himself as co-host Louise was left in fits of giggles.

The blunder came when Louise gave viewers a rundown of what was to come on today’s show.

“Also on the programme this morning,” Louise began. “He reached the top of his game but Dylan Hartley’s days of playing rugby for England have left him struggling to walk down the stairs.

“He’ll be here to tell us about the brutal reality of life as a rugby star.”

Dan then said the show was going to be giving viewers top tips to keep their pets safe at the beach after a dog was rescued in the sea off the Welsh coast. 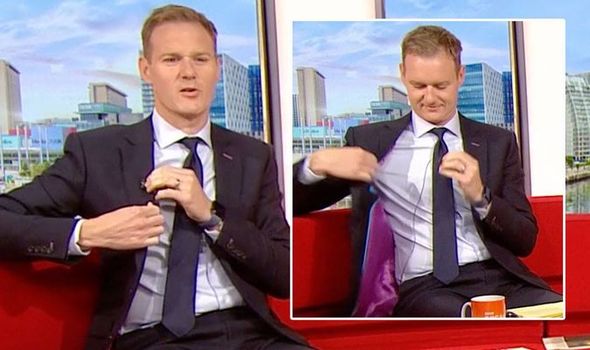 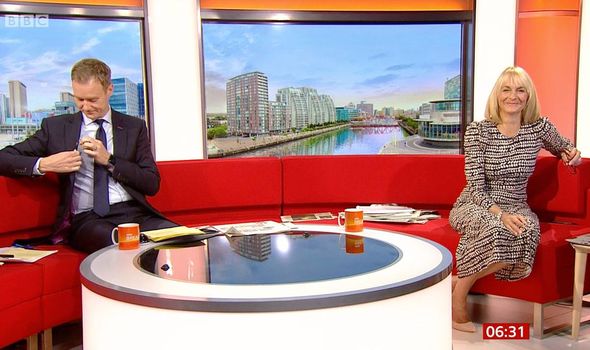 Louise rounded off the update by revealing comedian Alan Davies would also be on the show for a chat before the cameras returned to the studio.

However, when it did so, Dan was seen rustling around his suit and fiddling with his microphone.

“Sorry, I sat on my microphone then,” Dan said as Louise began to giggle.

He added: “It disappeared around my backside somewhere, apologies about that. I have it present and correct. Right, can we start again?” 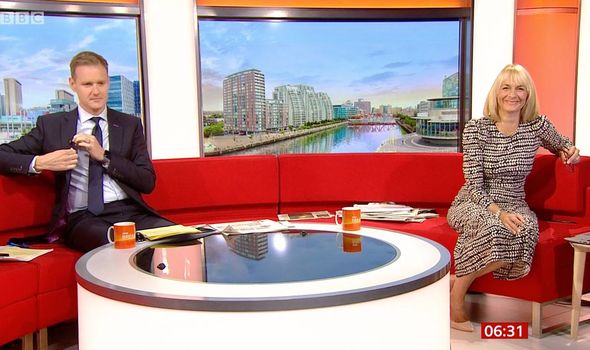 Louise luckily saw the funny side of her co-host’s blunder as the two tried to get the show back on track by stating: “Yeah, let’s try that.”

The pair managed to regain their composure to carry on with preoceedings.

This wasn’t the first time Dan found himself catching the eye of BBC One viewers as a heated row with Schools Minister Nick Gibb MP ensued later in the show.

With children returning to the classroom this week, Dan was keen to hear from Mr Gibb regarding safety measures put in place and the latest on exam results possibly being pushed back.

Mr Gibb insisted: “Schools have gone to an enormous effort to make sure schools are safe and the Chief Medical Officers have said that the risk of contracting the virus in schools is very low,

“And the risk of not attending school, the damage to childrens’ mental health, the long-term damaga to their education far outweighs the very small risk of the transmission of the virus within the school environment, so I’d urge parents to send their children back to school.”

However, when Dan asked the Conservative Party member if he felt the Government should harbour responsibility for peoples’ apprehension due to its response to the pandemic, he wasn’t best pleased with the answer.