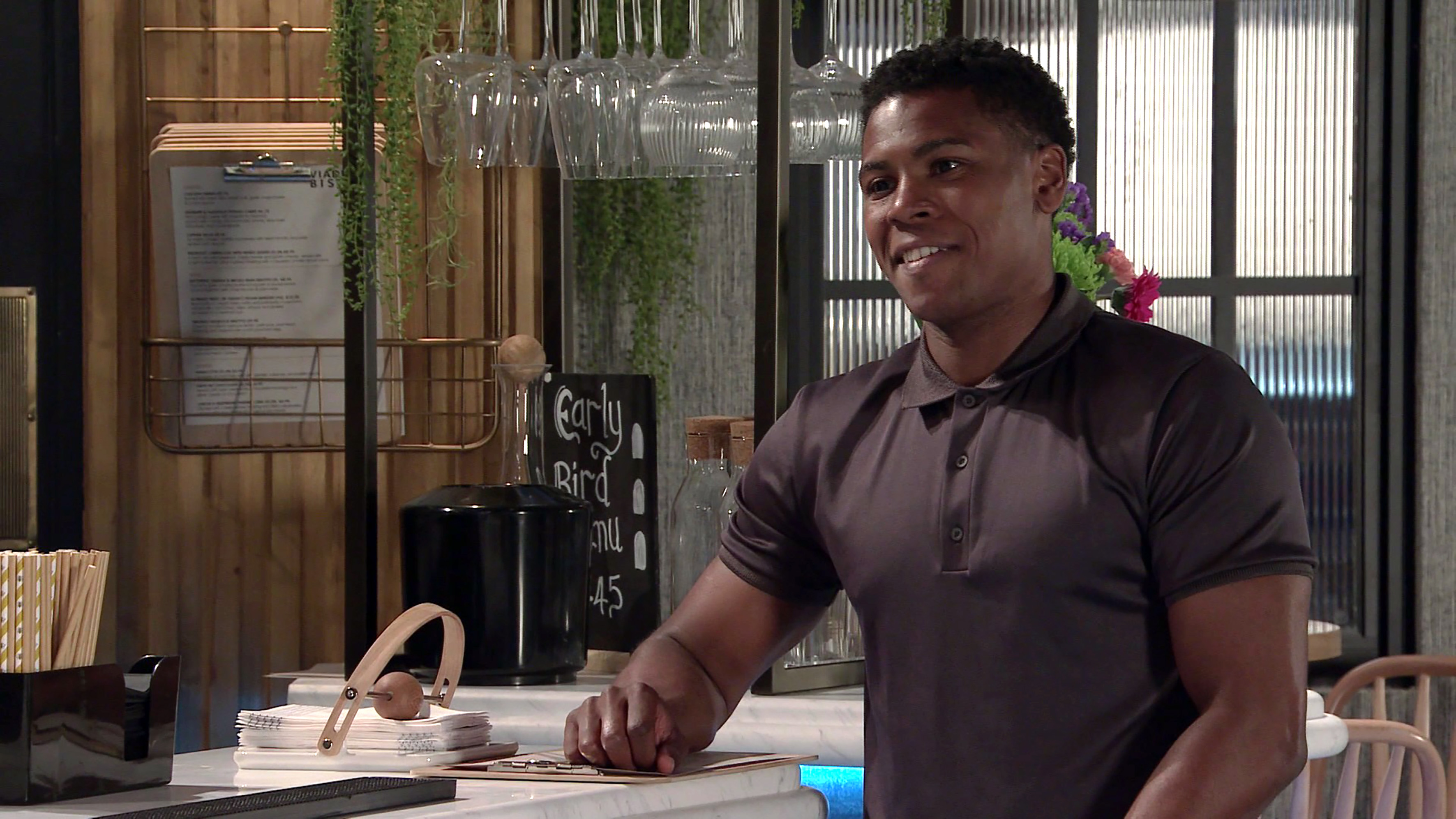 The young man, who publicly came out during superb scenes last month, meets with Michael (Ryan Russell) and Grace Vickers (Kate Spencer) at the bistro, on Danny’s advice.

Over dinner, James opens up, revealing that a leading gay magazine have approached him, wanting an interview.

Michael, Grace and Danny, naturally, are over the moon for him.

James came out to a room full of journalists last month, when he attended a press conference to reveal he’d replaced Weatherfield County legend Tommy Orpington.

He bravely answered questions about his sexuality, after photos of him with Danny were posted on social media.

‘I think it’s just the fear of the backlash and how people might respond,’ actor Nathan Graham told Metro.co.uk at the time, explaining James’ fears.

‘He doesn’t want that from the fans and the general public – the weight of what they might say and do. I think that weighs very heavily on him.

‘He automatically fears the worst situation.

‘I guess he does have the support of his friends and family, but it’s the fear of what will happen? With the fans and stuff, there’s too much pressure there.’

James then kissed boyfriend Danny on the cobbles, as they rekindled their romance and received a round of applause from their fellow neighbours.