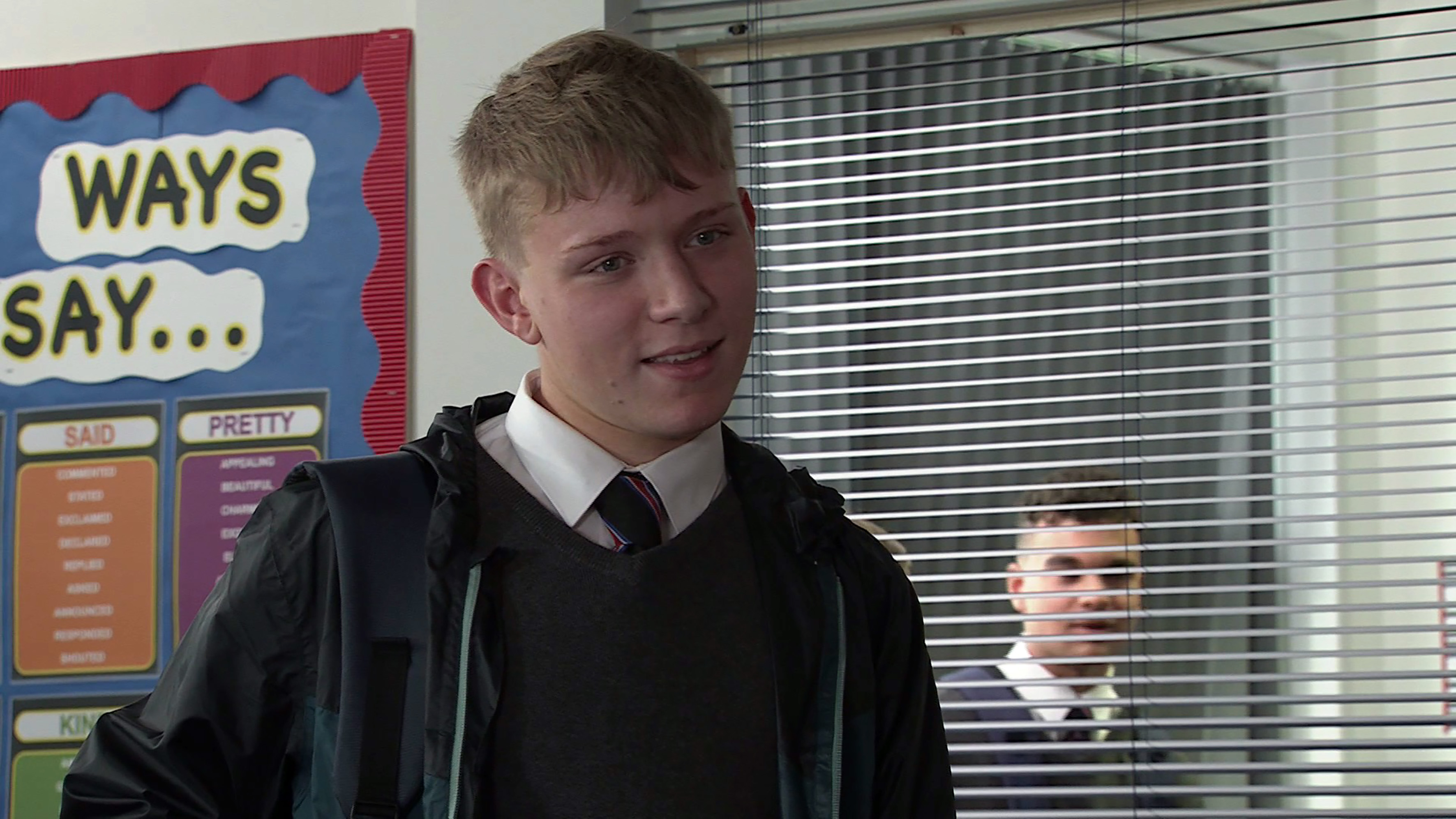 Coronation Street fans are going to be doing a bit of a double take in coming weeks as David Platt’s (Jack P Shepherd) adopted son Max Turner will have a bit of a new look.

Young actor Harry McDermott is stepping down from the role he has played for 11 years. He made his debut alongside the character’s mum Kylie in 2010.

Paddy Bever has taken over the role and has already started filming on the show, his first appearance due later this month.

Metro.co.uk understands that Max will be central to a story later in the autumn which will put him in conflict with David and another character on the Street although we are currently sworn to secrecy.

Max has been central to a number of storylines, including being torn between his biological father Callum and his adoptive dad David.

He was also diagnosed with ADHD when his behaviour spiraled out of control and his world was rocked when his mum Kylie was stabbed to death.

Coronation Street has recently shone a light on its gifted teenage cast, with Mollie Gallagher, Millie Gibson, Tanisha Gorey, Max Evans, Harriet Bibby, Alex Bain and Elle Mulvaney all wowing in their roles over the past couple of years.

On screen, Mollie’s character Nina recently stood up to prosecutor Sabeen during the trial of sinister Corey and desperate Kelly, who is facing prison for the murder of Seb.

Meanwhile, Asha was left dumbfounded when Imran took the harsh action of alluding that she bore some responsibility for the tragedy while Summer has both been involved as a key part of the hate crime storyline as well as coming to terms with a recent diagnosis of diabetes.

Mollie is up for an NTA for Best Dramatic Performance and you can still get your vote in here.