Tyrone (played by Alan Halsall) has been pining after Fiz (Jennie McAlpine) but finally accepted she had moved on with Phill. Dramatic Coronation Street scenes last week saw Fiz deciding to run back to Tyrone despite just having married Phill. Official spoilers for the ITV soap indicated Phill might find out the truth behind Fiz’s change of heart – could an altercation lead to Tyrone’s death?

Upcoming episodes will see an in-denial Phill pull out all the stops as he attempts to woo Fiz once more.

Unaware that Tyrone is the reason behind his heartbreak, Phill embarks on a series of stunts to prove the depth of his love for Fiz, including a grand gesture with a Mariachi band.

Actor Jamie Kenna explained: “I think love is blind and love can make us do very, very out of character things.

“So he goes through pretty much a full wardrobe of dress-up clothes in an attempt to create certain scenarios to win her back! 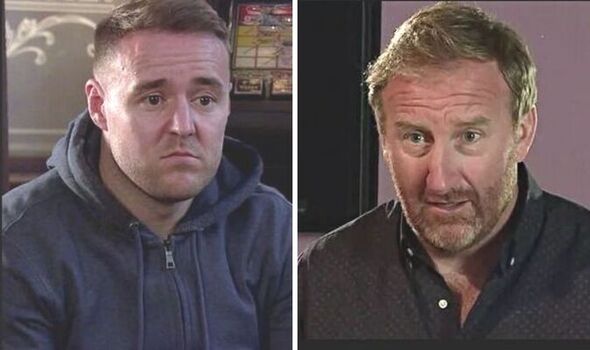 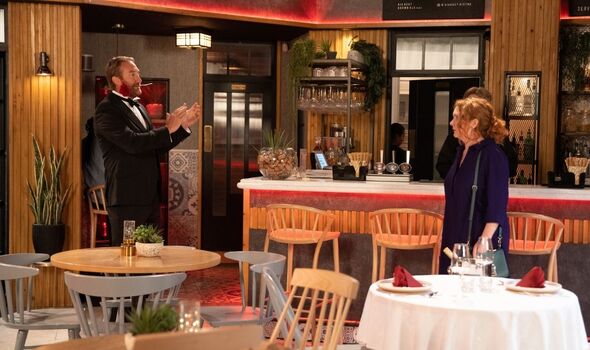 “He just tries every single thing romantically he can think of but from the outside looking in it’s kind of painful and cringe-worthy to watch, bless him.”

Will Phill be able to make his bride fall in love all over again or is Fiz’s heart truly back with Tyrone?

When asked if Phill is aware of Tyrone’s role in Fiz’s decision, Jamie replied: “No, I don’t think he [is]. 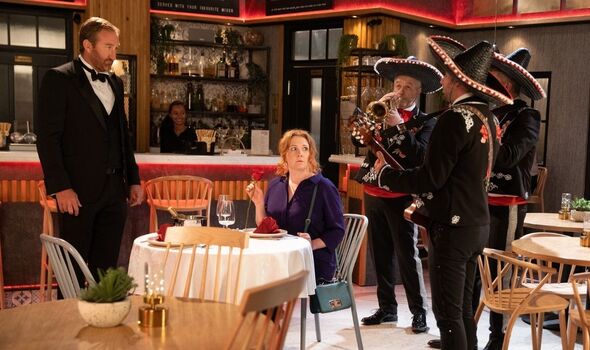 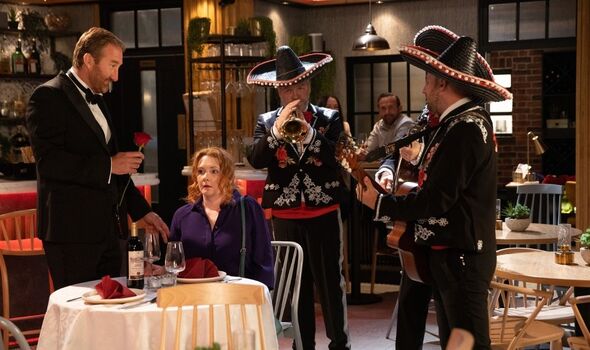 “That being said it’ll be one of the things going through his mind but I think he’ll dismiss it because he’ll think well if it’s that why has it not happened before.

“If she wanted to be with Tyrone she’s had plenty of opportunities, with the book, the mistakes that Phill’s made, the fact she moved back in with Tyrone. So I don’t think it’s his number one choice as to why this has happened.”

Phill also turns to Tyrone for support, and Jamie explained Phill sees him as a friend.

“I think it’s bumpy and they’ve certainly had their moments, concrete being one of them, but I think there’s quite a lot of similarities and they’ve got quite a bit in common,” he said.

“The two of them in a different world would have been really good mates.

“And Phil definitely sees a world where very comfortably all three of them can exist with the girls as a centre point.”

Jamie was asked how he would feel if he knew Fiz and Tyrone had reunited.

He hinted this could have a huge impact on his character.

If he does find out, could a reckless and out-of-character Phill kill Tyrone?

It’s possible he will track him down to fight him, and things might get out of hand.

Phill could unintentionally throw a fatal punch which kills Tyrone.

Phill would feel tortured to realise he has killed Tyrone, he is in love with Fiz and cares about her children.

Would he stick around to explain, or could Phill flee when disaster strikes?

The star described the whole situation as being “absolutely devastating”, saying: “The whole pack of cards comes tumbling down.”

He said he believed his character would fight for Fiz until the end, but things could still take a dark turn.

He may be a man of reason for now, but Phill’s demeanour may change when he learns the truth.

Coronation Street continues on Monday at 8pm on ITV.