The motives of Coronation Street’s Stephen Reid (played by Todd Boyce) have been questioned for weeks and fans wonder what depths he could sink to with his mother Audrey Roberts (Sue Nicholls). Times appeared to be improving for Audrey after she explained her suicide attempt, but unbeknownst to her, Stephen has been plotting to take charge of her trust fund and may stop at nothing to steal his mother’s life savings.

The Weatherfield hairdresser Audrey has been suffering with depression recently but appeared to be recovering well with the company of her close friends.

However, on the ITV soap, her son Stephen has been busy plotting what will happen to her finances once she passes away.

The decision to set up a trust fund was seen by Audrey’s son as a chance to recoup some of the money the hapless businessman had lost.

Once Audrey decided to switch to a will, in a fit of anger Stephen launched bins and other objects around the back of the Brewery in frustration. 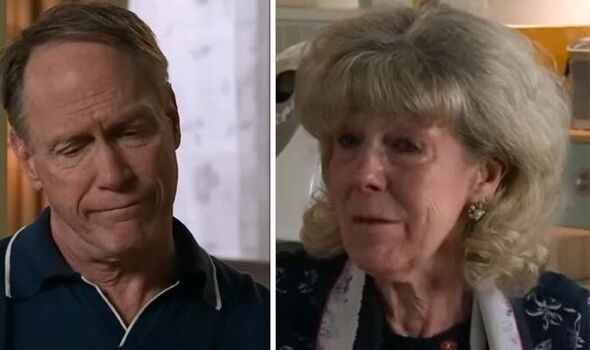 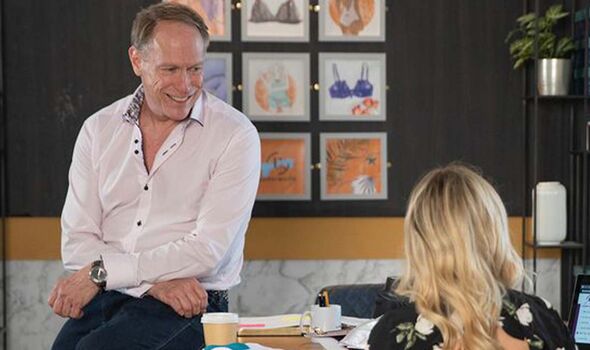 This alerted fans that he is more than likely hatching a plan to scam his mother out of all her fortune.

In the next instalment of Coronation Street, Stephen will get an opportunity to move onto another member of the Platts in his quest to make a fortune.

Stephen’s eyes will naturally light up at this chance to potentially scam another relative. 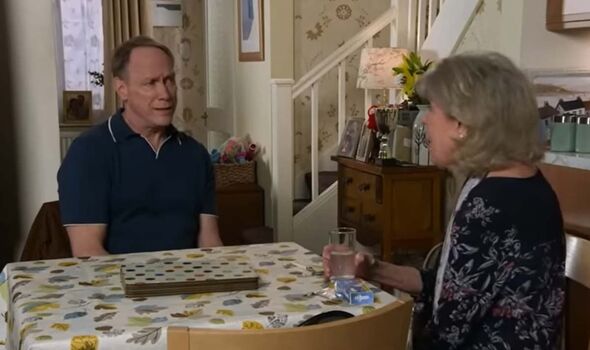 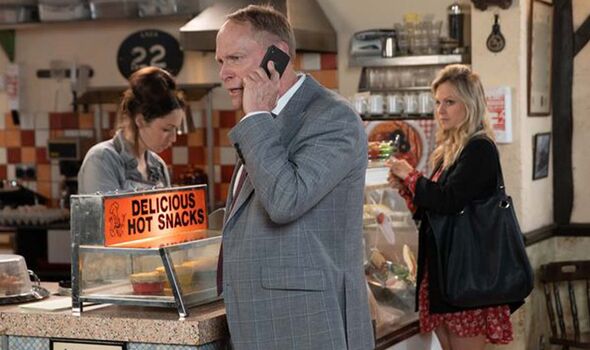 The businessman will get a shock though once his wife Gabrielle arrives on the cobbles and demands the money he has stolen from her.

She gives him the ultimatum to give back the 200,000 euros he filtered out of her company or she’ll report him to the police.

Already broke and without many corners to go, Stephen sinks to new depths and lets himself into his mother’s home.

He then takes out the trust fund papers and proceeds to practice Audrey’s signature.

With his mother’s signature perfected he could be free to sign off any amount of funds, so will this final scam attempt prove to be the most successful?

Considering the threat from his wife, if Stephen were to gain access to Audrey’s life savings he surely will not be hanging around Weatherfield for much longer.

However, Audrey returns to her home while her son is busy perfecting her signature.

Will she realise what he is up to or will Stephen continue to pull the wool over her eyes?

He seems to be running out of rope, but desperation may lead Stephen to pulling the ultimate betrayal to his own mother.

Sue Nicholls has opened up on the heartbreaking storyline of Audrey’s battle with depression in her older age.

The soap star hopes to open viewers’ minds to this issue.

She said: “Sometimes the young generation might think that anyone over 70 isn’t capable of making decisions which in turn can make older people lose their sense of purpose and begin to feel quite useless.”

Will Audrey’s time on the cobbles be destroyed by her son Stephen?