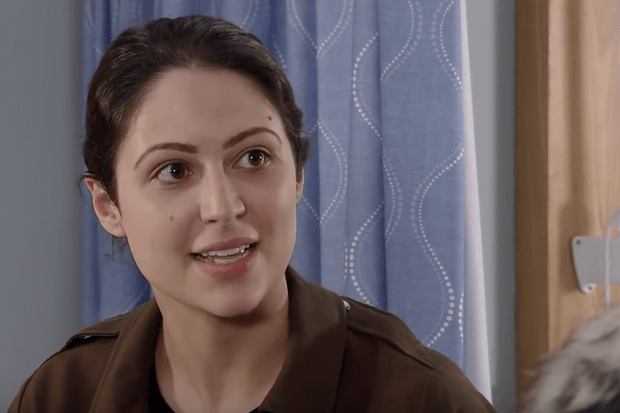 Former Coronation Street star Nicola Thorp has claimed that an actor she worked on a set with lost an eye because of a blank.

The actress, best known for playing Nicola Rubinstein on the ITV soap, recalled the experience during an appearance on This Morning, as she discussed the dangers of guns being used on film and TV sets in the wake of cinematographer Halyna Hutchins’ death.

‘I have worked as an actress for over 10 years now,’ Nicola told show hosts Phillip Schofield and Holly Willoughby.

‘This isn’t as rare as you might think. Obviously it’s rare that some people get shot but there are always accidents, no matter how careful you are.

‘I have worked on a set where a gun went off that shouldn’t have been loaded and it was terrifying experience. In my opinion, there should never be a real weapon or real ammunition anywhere on set.’

Nicola suggested a number of alternative ways to film scenes involving guns, including CGI and fake props, adding the blanks are very dangerous too, revealing that an actor she worked with ‘lost an eye’ because of a blank.

‘Blanks can kill you,’ she added. ‘I have worked with an actor who lost an eye because of a blank, because a gun hadn’t been cleaned properly.

Arriving on the famous cobbles back in June 2017, Nicola was the daughter of serial killer Pat Phelan (Connor McIntyre). After a dramatic couple of years on the cobbles, the character left in 2019 to start her new life in Bristol.