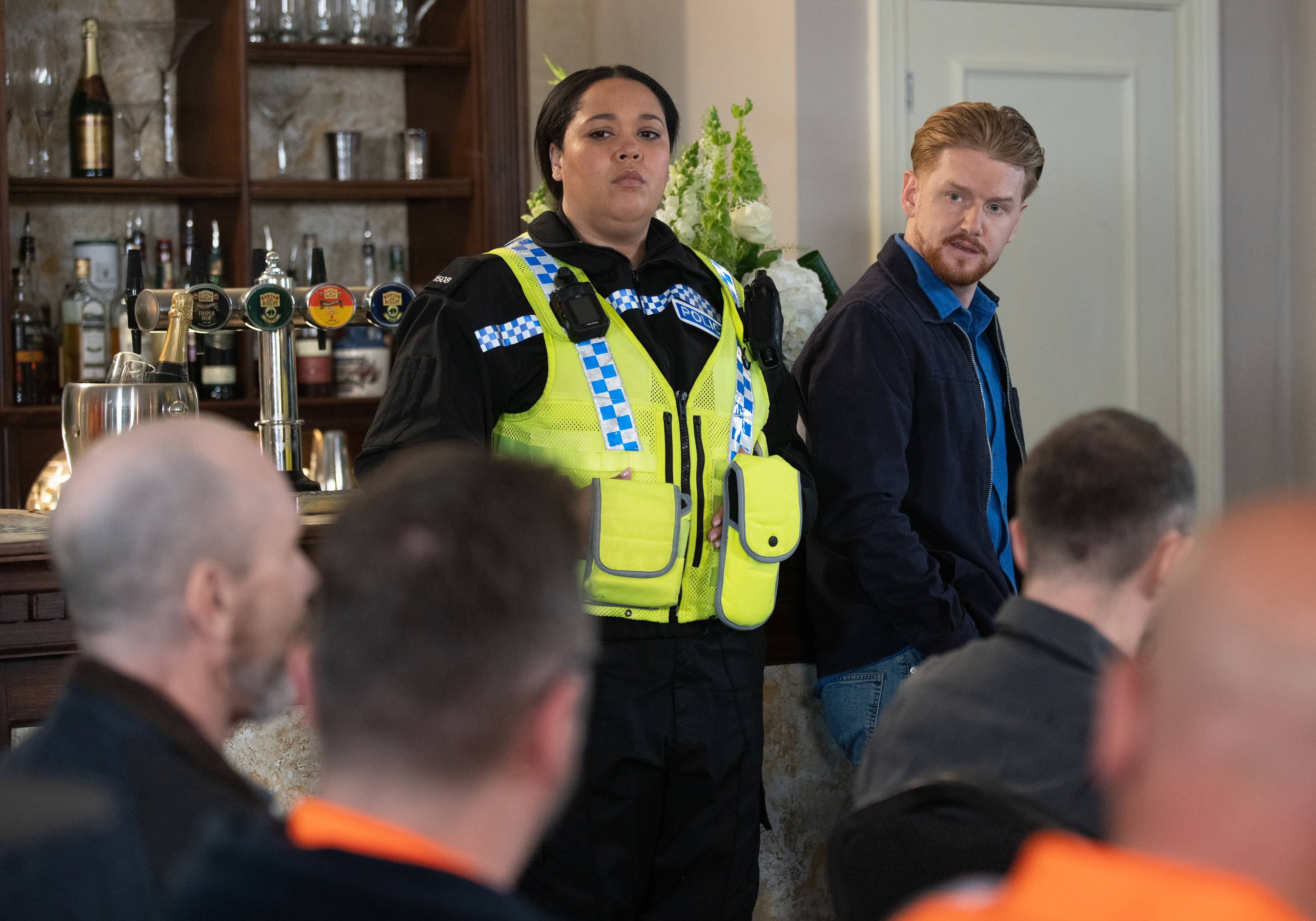 History looks set to be repeated in Coronation Street as Gary Windass (Mikey North) does all he can to protect someone he cares for deeply from a very evil man.

It’s because essentially, these upcoming scenes involving Gary and Kelly (Millie Gibson) mirror what happened between Gary and Rick a few years ago, when the former builder killed the loan shark in order to protect Sarah and Bethany.

But the question is – will Gary kill again?

With Kelly trapped in a cellar, Gary soon realises she is in danger and makes his way over to Keiran’s – one of Rick’s old clients.

Unable to get enough cash together, Gary resorts to violence to try and save Kelly and let’s just say, she’s left shocked at how far her guardian is willing to go.

‘I think in that circumstance, as he’s said himself when he confessed to Kelly’s mum, he’d do it [murder] again’, Mikey North told us.

‘He probably felt he didn’t have much of a choice [killing Rick] and he was doing it to look after his family. Given the same circumstances I think he would do it again.’

With the stakes high, Gary is aware that his actions next week will leave Kelly wanting answers.

‘It’s bringing her closer to the truth’, Mikey adds.

‘With every day that passes she’s getting closer to finding out and they’re getting closer as well and that increases the jeopardy. Whenever it all does come out, I’m sure it’ll make interesting viewing. Gary hates lying to her.

‘The reason she’s living with Gary and Maria is, I guess, partly the guilt and he’s trying to cover things up.’