Coronation Street viewers saw Shona (played by Julia Goulding) return to life in the village earlier this summer, however, it hasn’t come without some difficulties. But with Shona now starting to become happier with her situation, it’s been hinted she could be faced with a new challenge if her son Clayton Hibbs (Callum Harrison) decides to try and come back into her life once more. But if a return is on the cards for Clayton, could it see her relationship with David Platt (Jack P Shepherd) threatened once more?

Shona and Clayton have a rocky relationship after the latter tried to kill his mother and previously murdered David’s wife Kylie Platt (Paula Lane).

However, there could be in for a shock as the star hinted it is possible her wayward son could come back into the fold.

Viewers last saw the troublesome Clayton on-screen when Shona visited him in prison earlier this year after being released from the hospital.

Asked whether she’d like to see Clayton back on the cobbles, Julia expressed interest in seeing him make a comeback. 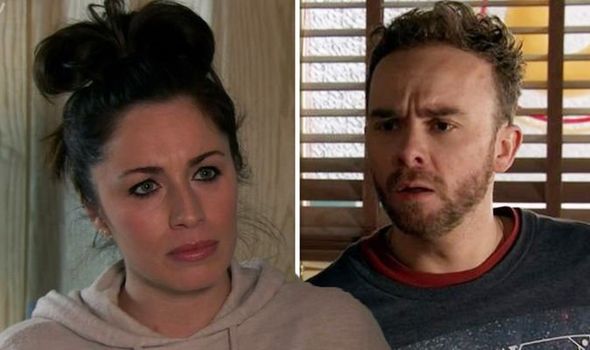 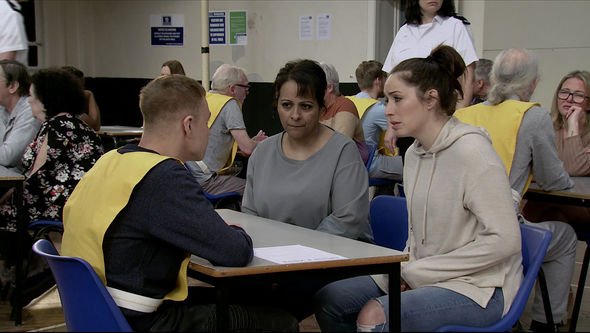 She said: “I’d like too. I would like to, I mean, at the moment, I don’t think there’s room in her head for it.

“We saw a little bit from him just before when she came back and his mask slipped fairly quickly.”

However, she outlined how she would like to see things change between the pair if he were to return. 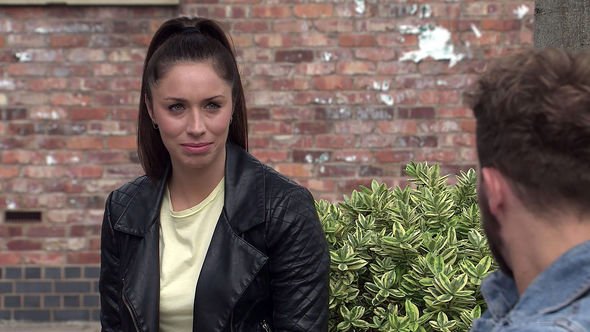 “But he’s her son. She’s going to, isn’t she? So I think it’d be nice to see him come back if it was for a real reason and maybe a good stint as well.”

Could Clayton return and cause trouble for Shona and David’s relationship all over again, leaving them heading for a split?

Julia went on to speak about the mixed read ton she’s had from viewers over the “new Shona”.

The character has seen her personality altered due to the long-lasting effects of her brain injury, which was caused by Derek Milligan (Craig Els) last Christmas.

The star explained how not all fans of the ITV soap have been as keen on Shona since she returned with a very different outlook on life.

Julia said: “People like what they know and they know what they like. It’s been slightly jarring for some people, others have been incredibly supportive.

“Some people love the new Shona and her bluntness, some just want the old Shona back.”

She continued: “It’s been mixed but it’s early days so I really hope the audience will fall back in love with her, as David will as well.

“Obviously it seems like she’s just being really nasty at the moment, but she’s not – it’s all because of the brain injury.

“I hope the audience like her and what I’m doing with the character in terms of acting as well,” Julia explained.

Speaking out on the future between her alter-ego and David, Julia admitted she was rooting for the pair to get back together for good.

“Because I don’t think the drama is going to stop. I think there’s it’s going to continue even when they are back together and I think it’s going to be really lovely to see and to play out.”