Coronation Street: Kevin sings to Debbie as he clings to her

Nick Tilsley (played by Ben Price) jumped at the chance to look after his son Sam (Jude Riordan), who he knew nothing about until a chance encounter with ex-girlfriend Natasha Blakeman (Rachel Leskovac) on Coronation Street. But while Nick enjoys being a father, Simon Barlow (Alex Bain) has been left to look after Leanne Battersby (Jane Danson). The teenager has found himself dealing drugs to pay back colleague Jacob Hay (Jack James Ryan) who he thought was a friend. However, will the drug dealer spot an opportunity when he sees the brothers spending time together and force Simon into exploiting Sam?

Simon has been helping his mum keep afloat as she struggles to cope with returning to normal following the death of her son Oliver.

The teenager has ended up dealing drugs in order to pay off a debt to Jacob’s boss after the criminal lent Simon money for a new bike.

In upcoming scenes, Leanne begins to suspect something is wrong but Simon convinces her he spent the night at a friend’s house.

The teenager hands over some money and tells his mum it’s time she did the food shop for the week. 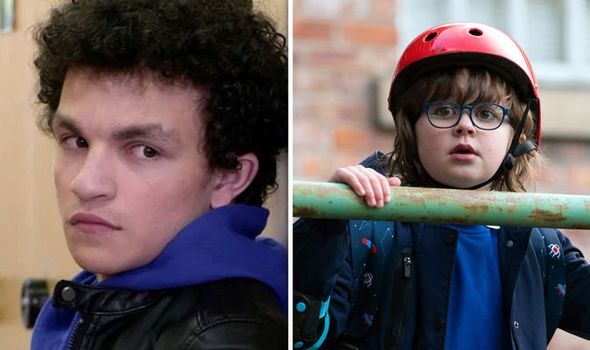 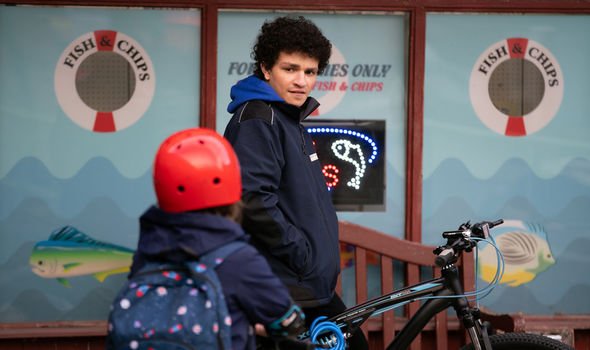 Simon brags to Jacob about being in a gang when he was younger and the criminal mastermind declares he’ll fit right in.

He offers the schoolboy a brand new phone and tells him to expect more flashy items in the future if he sticks with the job.

Jacob asks Simon if he’s taken any drugs before and suggests he sample the next batch he’s given but the teenager is wary.

The next day, Nick and Sam bring Leanne and Simon breakfast but the factory owner soon notices the state of the flat. 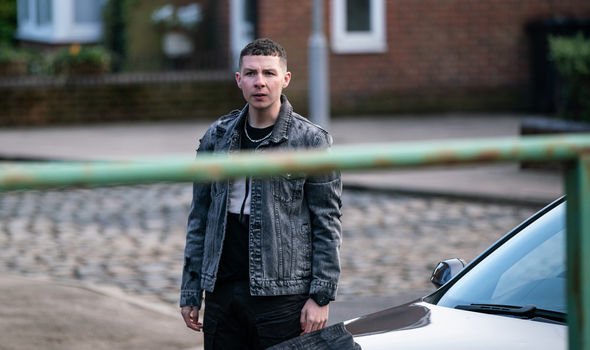 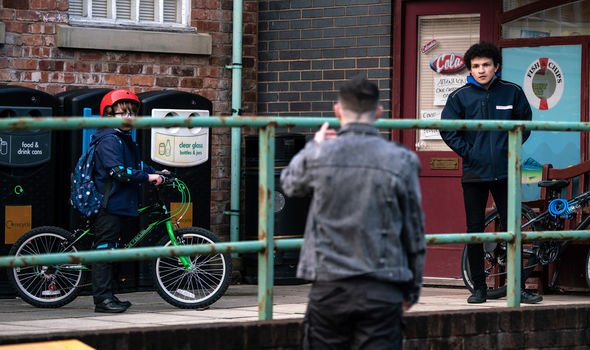 Sam begs his surrogate brother to take him for a bike ride and Simon reluctantly agrees.

The pair set off together but Jacob spots them and urges Simon to leave the youngster for an urgent job.

Simon rushes off leaving his delivery rucksack behind which Sam notices and looks after.

The drug dealer tells his apprentice they are going to teach a young boy a lesson for taking advantage of their boss’ kind nature.

Simon is conflicted but knows he’ll receive the same treatment if he disobeys his new employer.

The teenager assaults the young lad while Jacob looks on pleased with Simon’s actions.

However, unbeknownst to Simon, Sam witnesses everything and panics.

The young boy picks up his brother’s bag – which contains two bags of cocaine – and pedals away on his bike.

Could Simon have endangered Sam’s life either unknowingly or otherwise?

Jacob has been manipulating the teenager ever since he met him and the assault could have easily been orchestrated by him to frighten Sam.

When Simon realises his brother is missing, the teenager will be racked with guilt but Jacob may secretly instruct one of his employees to chase after the young boy and take the drugs from him.

Will Sam escape punishment from Jacob’s violent gang or will Simon have to live with being responsible for his brother being attacked?