Corrie: Ray Crosby wonders who's been in The Bistro

Ray (played by Mark Frost) has been terrorising the residents of Coronation Street for almost two years now and it’s fair to say he’s made a long list of enemies in that time. From making unwelcome advances towards women and forging dodgy business deals, the character has certainly become one of the most manipulative villains on the ITV soap. However, he has had some help in the form of Debbie (Sue Devaney), who has been using her skills of deception to trick the locals into selling their homes so a new development can be built. As tensions rise in the coming weeks, it seems the property developer will get wind of what her ex-boyfriend is really like and murder could be on the cards.

The drama kicks off next week when the ruthless businessman discovers Roy Cropper (David Neilson) has sought legal advice and is threatening a review into the planning application.

Believing his masterplan is about to be rumbled, Ray tells his partner-in-crime he bribed the Chairperson of the planning committee.

Debbie is livid with his admission and tells him he could very well end up behind bars for his illegal actions.

Though, he might end up six feet under instead as Kevin Webster’s (Michael Le Vell) sister gets revenge for Ray putting all their hard work in jeopardy.

Unfortunately, it seems the showdown could result in death as executive producer Iain MacLeod has teased the ending to the storyline. 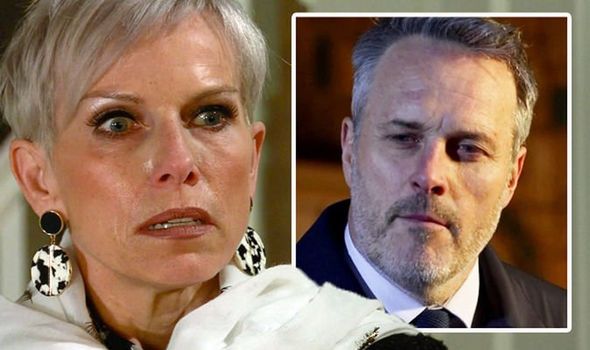 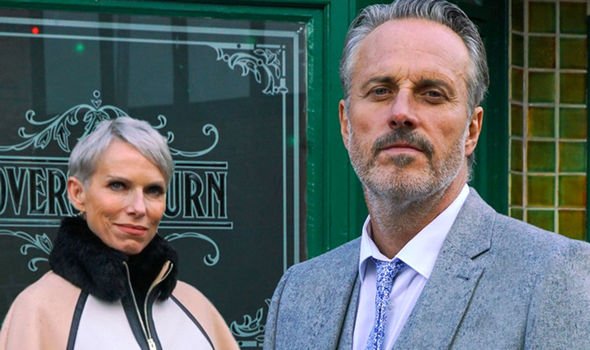 Speaking with Express.co.uk and other publications, the soap boss explained: “[Ray’s] reign of terror and sexual predation and terrible sort of ruthless desire to knock down the streets is all kind of reaching fever pitch.

“As was said in the 60th week, the residents won the battle, but perhaps not the war. Indeed, the war does rage on with Ray very much in the middle of it.

“Because we discovered he’s got quite a lot riding on it that if it goes wrong, it could be curtains for him, very literally,” Iain continued. 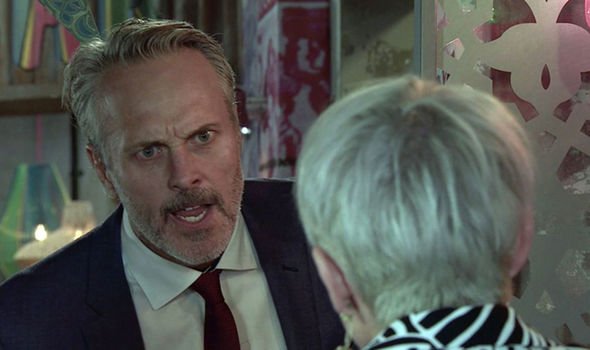 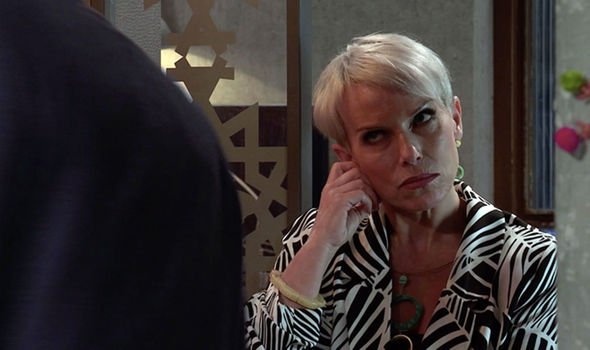 It could be curtains for Ray

The executive producer teased a deadly showdown between Ray and Debbie could see the former make an exit from the show.

Iain explained: “This kind of really brilliant power struggle between Debbie and Ray again, full of twists and turns, [ends up in] literal life and death jeopardy.

“So it’s all really exciting. I love the fact that this story started off with this kind of guy just sort of very peripherally in the show.

“If you think back he sort of just owned a hotel and worked with Michelle [Connor] and we got the first inklings that he was a kind of Harvey Weinstein high character back then.”

“And it’s just percolated very slowly over quite a long time, which I’ve enjoyed. It’s very much-reaching fever pitch in the first part of 2021,” he continued.

With the soap boss reflecting on Ray’s time on the cobbles, does this suggest viewers will be bidding farewell to him very soon?

Also, if he is murdered, could Debbie being his killer be that more satisfying as he’s betrayed by his closest ally?

Taking to social media, fans watching the drama at home are keen to see the back of the ruthless businessman.

One viewer wrote on Twitter: “Think it’s about time we got rid of Ray, he’s gone too far #Corrie,” with a second adding: “Ray is such a slime ball, hope this doesn’t go ahead and they don’t lose their homes #Corrie.”

A third posted: “I’m so sick of Ray. They need to kill him off now. Why doesn’t Faye tell the cops what he did to her? Surely he can’t get away with rape #Corrie.”

Whilst a fourth commented: “Honestly… I do not understand Ray one bit which ultimately makes him not only a bad villain but a bad character as well #Corrie.”

“If someone can make Ray disappear for good that would be great! #Corrie,” a fifth fan shared as they expressed their desire for the villain to leave.