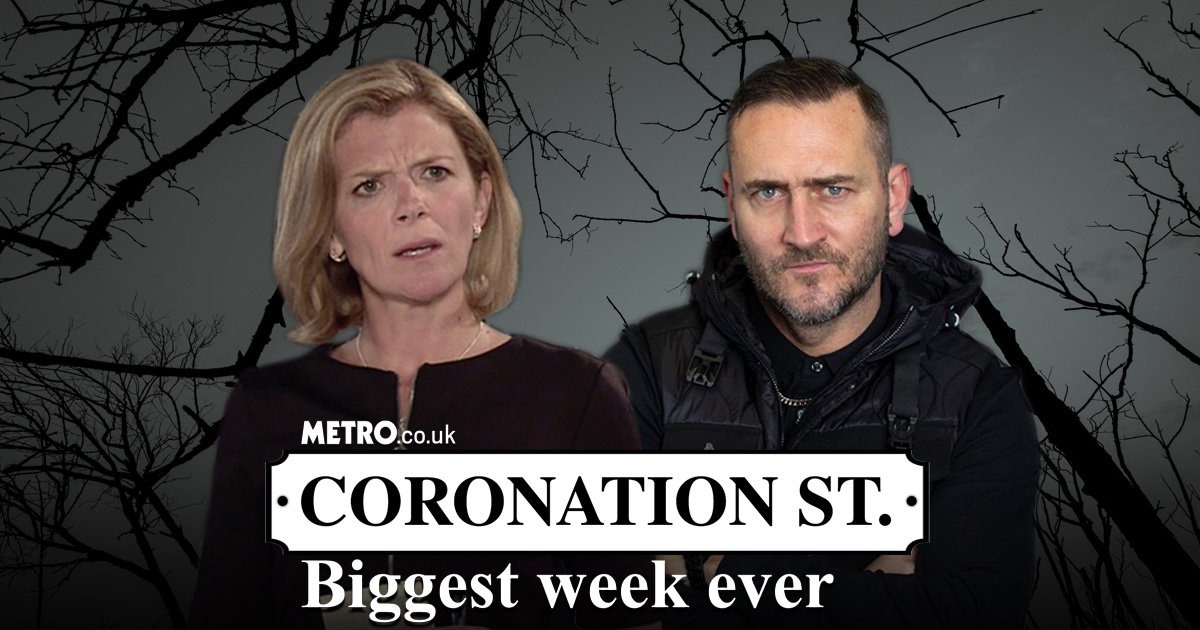 Harvey Gaskell (Will Mellor) is a man on the edge in Coronation Street. With him fuelled by revenge and having little to lose after escaping prison during a van crash, he wants Leanne Battersby (Jane Danson) dead.

In haunting and chilling scenes, Harvey targets Leanne as he returns to the Street and his motives are clear when they come face to face.

Either Leanne has to die – or he does. Will Leanne be forced to resort to killing him to save her own life?

If prison can’t stop Harvey, perhaps only prison can.

Speaking about the terrifying showdown, show boss Iain MacLeod told Metro.co.uk: ‘Will is fantastically good – he is incredibly plausible and scary. Long term viewers know I really like to import movie parallel.

‘With Harvey it’s Cape Fear and Terminator 2 if that’s not a bizarre comparison. This guy is relentless, dangerous and terrifying. We wanted to do something filmic with him where he is at large and wanting revenge and insert him into this backdrop.

‘The end result is very chilling. When I spoke to Will, he was on the other end of the phone, but it sounded like he was rubbing his hands together with glee.

‘The story couldn’t be in better hands. Harvey is like the every day kind of guy you bump into in the pub, but then you spill his pint and all hell kicks off.’

Who will come out on top in the horrific showdowns to end them all?