Steve (played by Simon Gregson) is still coming to terms with the death of his son Oliver Battersby in the ITV soap, and has begun fundraising in his name. In recent heart-breaking Coronation Street scenes, toddler Oliver passed away from mitochondrial disease, leaving mum Leanne Battersby (Jane Danson) and Steve devastated. But Steve’s heartache over his son’s tragic story is about to continue.

In upcoming episodes, Cathy Matthews (Melanie Hill) will berate Brian Packham for chasing Steve over his paper bill, pointing out that he’s a grieving father.

Viewers will then see Cathy pay the bill for him, unbeknownst to Steve. She also reveals she’d like to get involved with Steve’s fundraising to help.

But when she approaches Tracy Barlow (Kate Ford) with her ideas, she hurts Cathy by rejecting her plans.

After offering her hand with fundraising, Tracy cuts her dead, leaving Cathy upset. 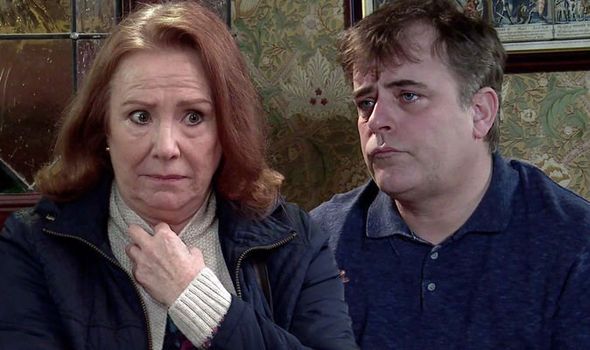 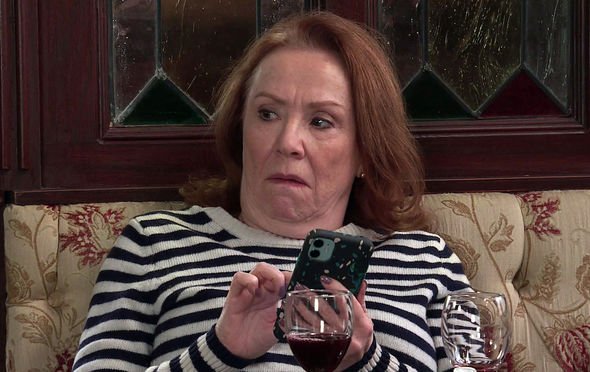 Angered and out for revenge, she takes to posting her views online about Steve and Tracy’s money-raising.

Later, a distraught Steve comes across comments online suggesting that he and partner Tracy are stealing the money from the fund.

Cathy then overhears Amy speaking to close friend Asha Alahan (Tanisha Gorey) about the trolls and the affect on her dad, leaving Cathy feeling guilty. 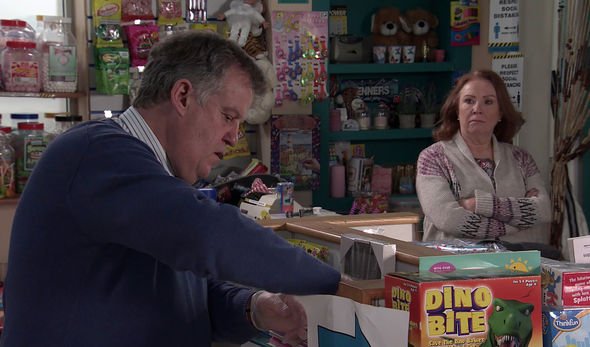 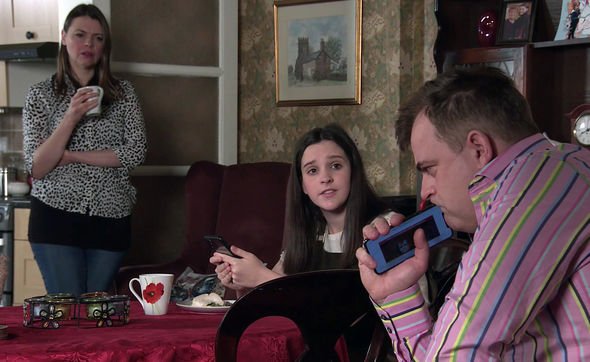 Will Cathy be exposed as the troll? With Steve and his family all left hurt by the claims, it may be hard for Cathy to undo the pain this causes if she’s discovered as the person behind it all.

Former Rovers Return landlord Steve is a fan favourite, having been a long-standing character on the soap, making his first appearance on the cobbles in 1989.

Viewers are keen to see him find some happiness after the recent tragedies he has endured, but Cathy’s trolling could further take its toll on Steve.

Speaking to Express.co.uk recently, Coronation Street’s executive producer Iain MaLeod touched on the fact that Cathy would soon be demonstrating the dark nature of social media.

He said last month: “There’s a really interesting story about the kind of perils of social media and the kind of hell storm that can rain down on you if you take on the trolls.”

“Essentially, Cathy will make some unwise choices in her online life which will threaten to sort of seeing them completely ostracised from their friends and sees them getting viciously trolled online and it’ll bring in, bring in Alex as well.”

“So there’s a kind of angle for him in terms of the online cruelty that sometimes faces disabled people when they venture into social media.”

This would suggest that one way or another, Cathy is found out and will face some nasty consequences.

It’s unknown when her online claims will catch up with her, but residents of Weatherfield will be outraged.

With her nephew Alex Warner, who has Down Syndrome, to become a victim of further online abuse, how will Cathy put a stop to the trolls?

And after berating him over Steve’s bill, how will Cathy’s partner Brian take to the news of her spreading rumours online?

Coronation Street continues on Monday at 7.30pm on ITV.