Alya (played by Sair Khan) is currently making plans to move out her family home with whom she has shared with grandmother Yasmeen (Shelley King) since the Nazir family arrived on Coronation Street in 2014.

Speed Daal restaurant owner Alya made the decision after the family home was supposedly robbed by some friends she had invited over after a night out, unaware the intruder was actually Yasmeen’s partner, Geoff Metcalfe (Ian Bartholomew).

The ITV soap is currently exploring coercive control in a domestic setting, with Geoff trying to make Yasmeen more reliant on him by making her feel insure in her own home and pushing her away from neighbours and family.

After Alya confronted Geoff, believing he stole her grandmother’s jewellery and not her friends, the savvy businesswoman was humiliated when Yasmeen’s partner spun a story to show his innocence but upcoming scenes could see the restaurant owner come across more worrying signs of coercive control.

Alya accepted defeat by telling Yasmeen in light of her accusations against Geoff, it was only fair she move out because she wouldn’t want her grandmother to become distressed if friends were to visit, worrying they could have their eyes on more of her personal belongings.

Out of the domestic environment, Alya could begin to pick up on Geoff’s worrying behaviour towards Yasmeen, possibly confiding in boyfriend Ryan Connor (Ryan Prescott) about whether to report her grandmother’s partner to the police.

Fiercely protective of Yasmeen and not one to hold back, Alya could confront Geoff once more about his intentions towards her grandmother and in doing so, could make a fatal mistake as the abuse steps up his game.

Geoff could convince Yasmeen is making up stories to break them up, isolating his victim even further and making her rely on him.

If Alya’s concerns lead her to report the abuse to the police, she will need to get support from her grandmother to pursue the case but with Geoff’s words ringing in her ear, Yasmeen could betray her loved one.

Kaleel Anwar Senior Solicitor of Stowe Family Law exclusively told Express.co.uk of Alya’s possible decision: “She could notify the police, but until Yasmeen is ready to press charges this isn’t really going to solve the problem.” 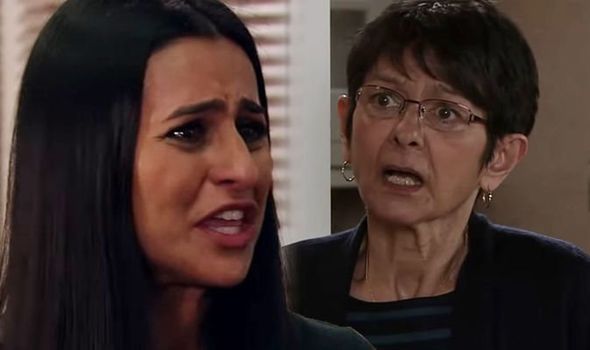 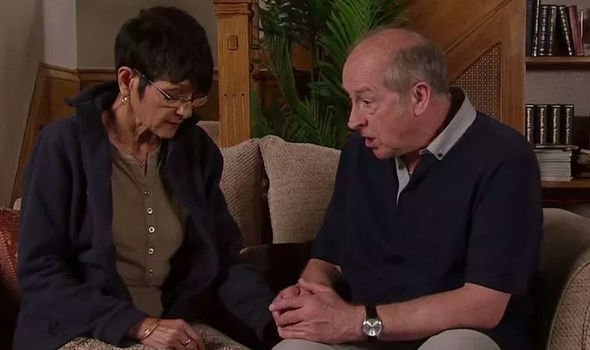 However, would Yasmeen’s decision not to report Geoff to the police be because she will find herself well and truly under his spell, or could it be she is scared of what her abuser would do if his arrest proved fruitless?

Kaleel added: “My clients will often mention how horrifying and difficult it can be to speak up to the perpetrator,” so will Yasmeen also be heartbroken in seeing her relationship with Geoff is destroying her family.

The ITV soap is working closely with charity Women’s Aid to portray the reality of the situation many victims of coercive control have and are experiencing.

Head of Communications at Women’s Aid, Teresa Parker told Express.co.uk: “Yasmeen loves Geoff and wants to make him happy, but like many women experiencing abuse in a relationship, his constant manipulation and ‘gaslighting’ makes her question her own judgement.

“His behaviour is subtle at first, but as it begins to affect Yasmeen’s relationships with friends and family, Geoff’s hold over her becomes stronger and stronger.” 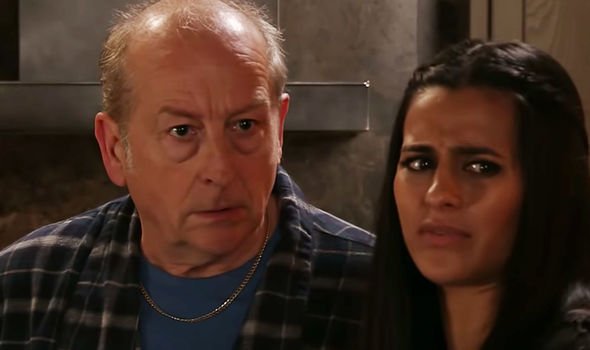 Speaking of the storyline, actress Shelley King, 63, appeared on This Morning earlier this week to tease what’s to come for her character Yasmeen.

“What you will see will become brutal, not physically brutal but emotionally brutal – which is worse in a way,” the actress explained.

“And it’s a long term [storyline] and that’s the good thing about it. It’ll go on for about a year in little bits.”

Shelley also spoke about the importance of highlighting the issue of coercive control, saying: “I think it’s very important. I think soaps and in particular Coronation Street historically has explored many controversial issues because we have a duty of care to the public.

“I think Ian [Bartholomew] and I have a great responsibility and Ian the producer, we have a responsibility to talk to people and to create a believable and understandable and truth-based storyline and that’s what we’re doing.”