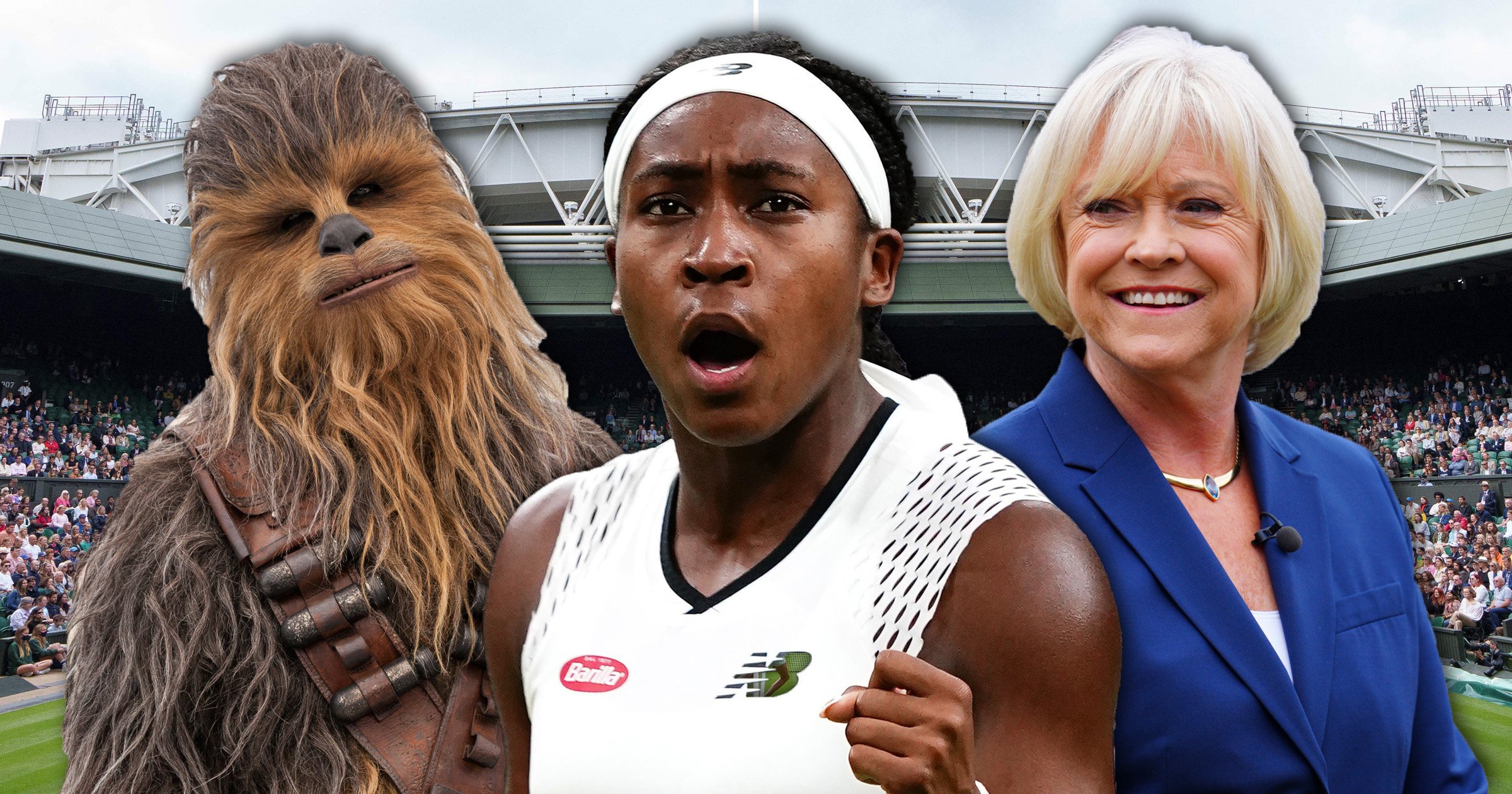 The 18-year-old from Atlanta, Georgia, somehow misheard ‘Sue Barker’ as ‘Chewbacca’, leading to a very baffled expression as she tried to work out why the interviewer was asking her about a Star Wars character… before the realisation hit.

The interviewer asked: ‘Coco, one last thing, Sue Barker. We just want to get a message for Sue, like “Well done on your 30 years…”‘

‘Oh Sue!’ Coco jumped in with, realising that they had been discussing the tennis legend and famous host of the BBC’s tennis coverage, who has announced she will be retiring after this year’s Wimbledon.

‘I thought you said “Sue Bacca”‘, Coco explained, continuing: ‘And I was like, who is that?!

‘I thought you were saying “Chewbacca!”‘ she laughed.

Viewers were quick to jump to comment laughing emojis and comment on the ‘Funny moment’, with one writing: ‘This is amazing.’

The interview question came after Sue, 66, announced she was retiring after 30 years.

In an official statement via the BBC, she said: ‘What a wonderful time I’ve had working on some of the biggest sporting events around the world. I will miss it terribly but after 30 years I feel the time is right for me. I’ve worked with the best of the best.’

The former tennis star joined BBC’s Wimbledon coverage in 1993 and has fronted the network’s broadcast since 2000.