Hannibal Lecter and Clarice Starling are two characters who are inextricably linked together in pop culture. But not in the upcoming CBS series Clarice, a sequel to the classic horror movie The Silence of the Lambs, which introduced the intrepid FBI agent in training. Because of confusing rights issues, any mention of Hannibal Lecter has been essentially banned from the series.

Even if The Silence of the Lambs gave us the great dynamic between Hannibal and Clarice — as played ineffably by Anthony Hopkins and Jodie Foster, respectively — you won’t be able to count on Clarice to expand on that. The CBS series won’t be able to mention, let alone feature, Hannibal Lecter at all. This is due to the bewildering rights issues to author Thomas Harris’ characters, which are divided between MGM and the Dino De Laurentiis Company, according to Entertainment Weekly.

It all comes down to this: MGM holds the rights to all the characters originating in the 1991 film The Silence of the Lambs, including Clarice Starling, her colleague Ardelia Mapp (Devyn Tyler), Deputy Assistant Attorney General Paul Krendler (Michael Cudlitz), the late serial killer Buffalo Bill, and a number of others. All other Hannibal characters, including the cannibal doctor himself, remain with the Dino De Laurentiis Company. This confusing division of rights is why Bryan Fuller’s NBC show Hannibal could never feature Clarice Starling, and why CBS’ Clarice will never be able to even mention Hannibal Lecter by name. EW notes that all of Starling’s experiences with Dr. Lecter still happened in this new story, and the cannibal doctor remains at large, “but don’t count on anyone actually saying the name Hannibal Lecter.”

But for executive producer Alex Kurtzman, this is a blessing in disguise, as it allows Clarice to chart new territory away from the famous cannibalistic serial killer:

“I’m still trying to understand how the rights are divided. But it’s been quite liberating because we have no interest in writing about Hannibal — not because we didn’t love the films and the show, but because it was done so well by so many people that it didn’t feel fresh for us.”

Perhaps as an extension of that, season 1 of Clarice won’t feature a “traditional” serial killer in the vein of Buffalo Bill or Hannibal the Cannibal, instead tackling “an entity that represents something that we deal with in our lives all the time,” Kurtzman teased. “It’s a more expanded, nuanced, complicated, and topical version of a serial killer.”

You can watch a Hannibal-less Clarice when it premieres on CBS on February 11, 2021. 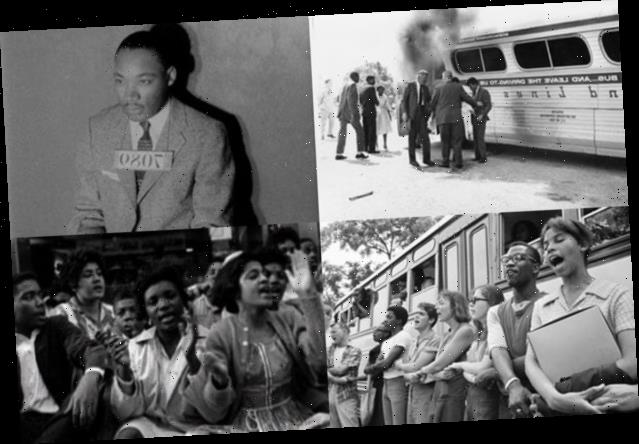