The Rookie will be welcoming a new face into its fold when it returns to screens in a month’s time.

It has been announced that a new star will be joining the cast of the Nathan Fillion drama’s fifth season – and viewers might recognise them from another hit police procedural! Chicago PD star Lisseth Chavez will be back in blue, portraying a new cop by the name of Celina.

WATCH: Are you a fan of The Rookie on ABC?

Celia is described as “a new rookie easy confidence and high marks at the Academy whose unconventional approach to police work poses a unique challenge for her training officer,” according to Deadline. She will recur as a guest star for multiple episodes.

MORE: See the cast of The Rookie and their real-life families

While it’s not clear who her training officer will be, there’s a strong chance it could be John Nolan and we’re interested to see how they might bounce off of each other – or clash – with their very different approaches! 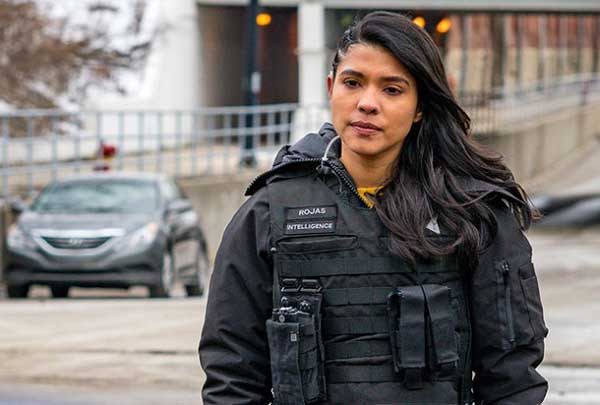 Lisseth previously portrayed Officer Vanessa Rojas in NBC’s law police drama but also appeared on spinoff shows Chicago Fire and Chicago Med. She was a key part of season seven which aired between 2019 and 2020 and featured in some major storylines with longtime characters before deciding to bow out of the show.

The actress is also known for her roles in the likes of The Fosters, The OA and more recently, the CW’s short-lived superhero series Legends of Tomorrow, where she played Esperanza “Spooner” Cruz.

Meanwhile, The Rookie has been one of ABC’s most popular dramas since it launched back in 2018. Viewers can expect to see Nathan reprise his role alongside the likes of Melissa O’Neill, Alyssa Diaz, Richard T. Jones, Mekia Cox, Eric Winter, Pete Davidson, Peyton List and Jenna Dewan. Roll on September, we say!